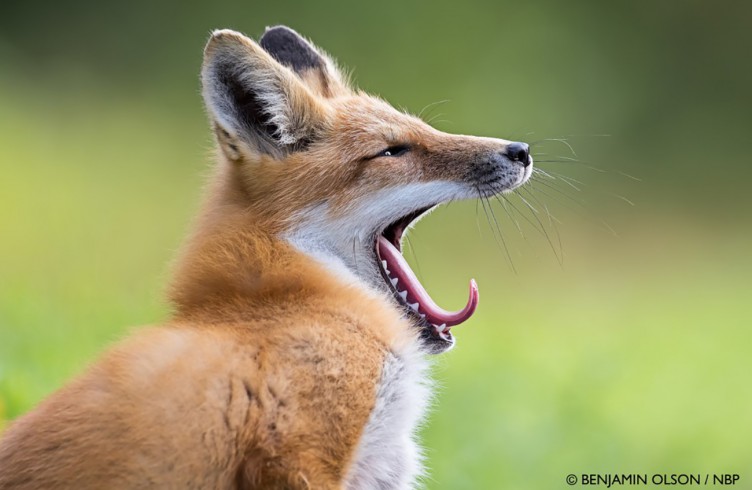 Benjamin Olson didn’t expect the fox to stick around.

A conservation photographer by trade, Olson, 29, had spent an August day on the Gunflint Trail fruitlessly scouting for moose.

Driving away, he spotted a young female fox hunting. He waited for the animal to bolt off, and when she didn’t, he started snapping photos — first from his car, then from a roadside ditch.

“The only conclusion I could come to was that she had never seen a human before,” he said.

One of the photos from that day — the fox in profile, yawning — went on to win an award from Nature’s Best Photography magazine.

Now in its 21st year, the magazine’s Windland Smith Rice International Awards competition draws submissions from around the world — typically between 20,000 and 25,000 annually, said Deborah Freligh, art director and co-publisher at Nature’s Best.

There’s one grand prize winner each year, plus winners in categories such as oceans, birds and landscapes. Eighty-two images — including Olson’s, which won in the wildlife category — were chosen this year for an exhibition at the Smithsonian Museum of Natural History in Washington, D.C.

See the rest of the article at:  http://m.startribune.com/burnsville-photographer-wins-national-recognition-for-fox-photo/404394496/