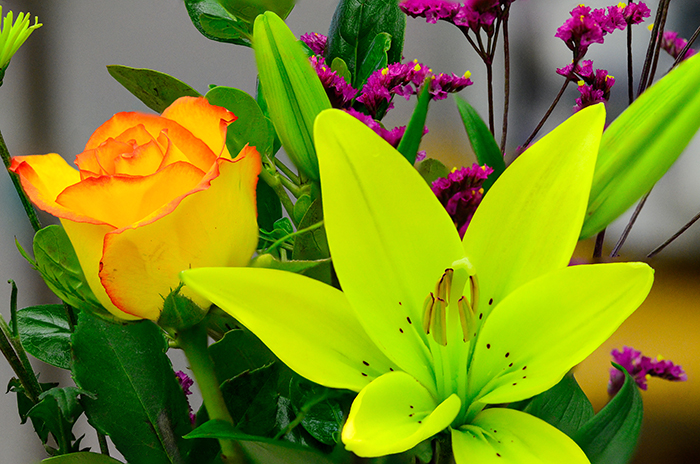 Ron McKeehen took this pano from the High Bridge in St. Paul on the evening of June 18, 2013 as part of the class’s experimenting with long exposures in near dark conditions.  Six images were combined to create this image. 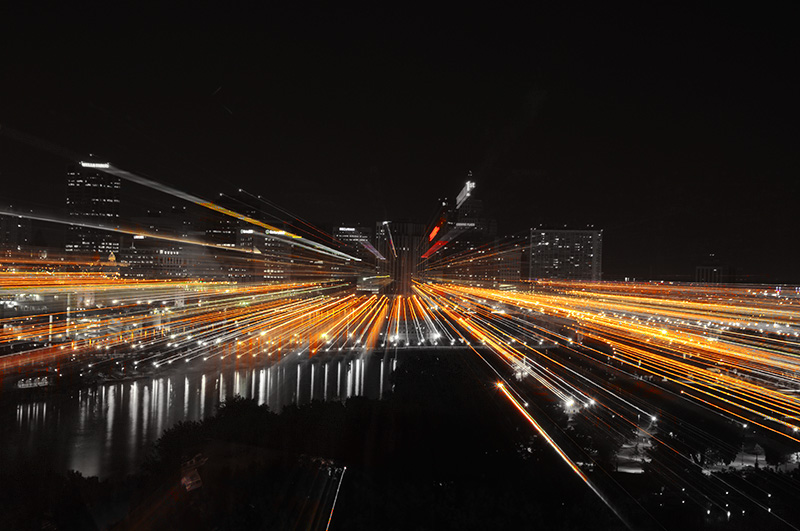 Helen Foster shot a number of long exposures of the St. Paul skyline at night, some shots were still images, some of the shots she zoomed the lens during the time exposure. Then she combined the images into layers in photoshop and converted some of the layers to saturation blend mode.  Cool effect.

Crazy Depth of Field : Dave Linde shot eight macro shots of these flowers, each time focusing on a different part of the arrangement.  Then stacking the images into layers in Photoshop and run alignment and blending to allow photoshop to show only the focused parts of each image.  Like having an f:stop of 500 ! 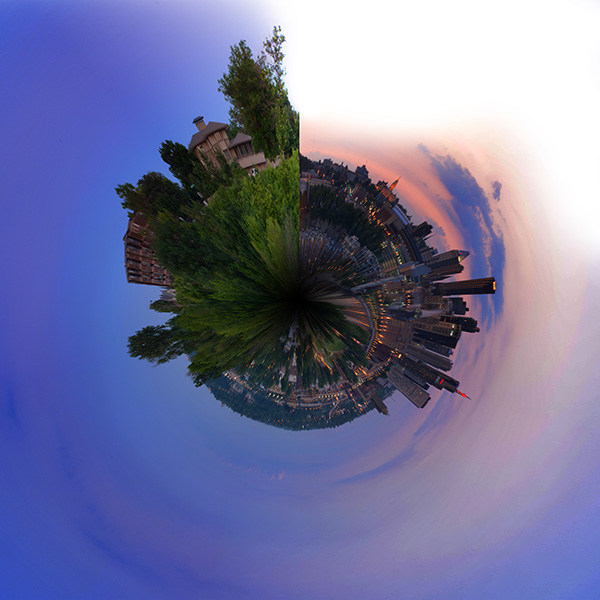 Jesse Wallender created this unusual view of the St. Paul skyline by first shooting a series of images, then stitching them together into a pano in photoshop then applying a technique known as “polar pano” using photoshop.  A little bit more tweaking and this is what he ended up with.  NICE! 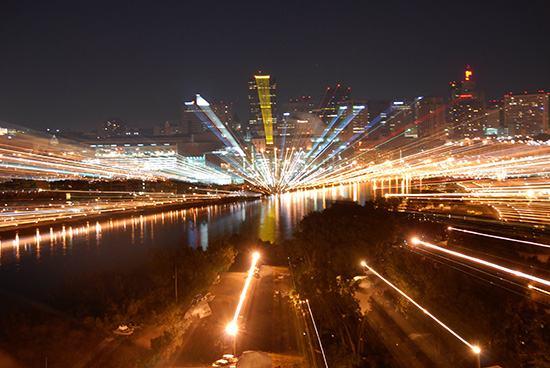 Nicole Oberg-Peters created this image by zooming during a long exposure with a still image at both ends of the zoom.  Thus giving the city a ghostly image. Note the cool star effect on the lights from using f:22. 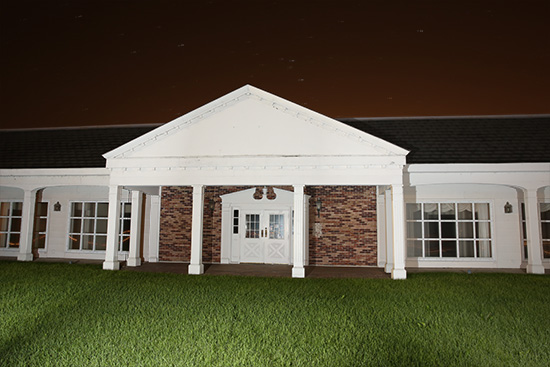 Kjerstin McKeehen took this image in total darkness by setting the camera on a long exposure, then popping a flash , then another exposure, and a flash from a different angle.  Doing this several times resulted in a number of images that could be stacked and layer mode blended in photoshop to create a fully-lit building.