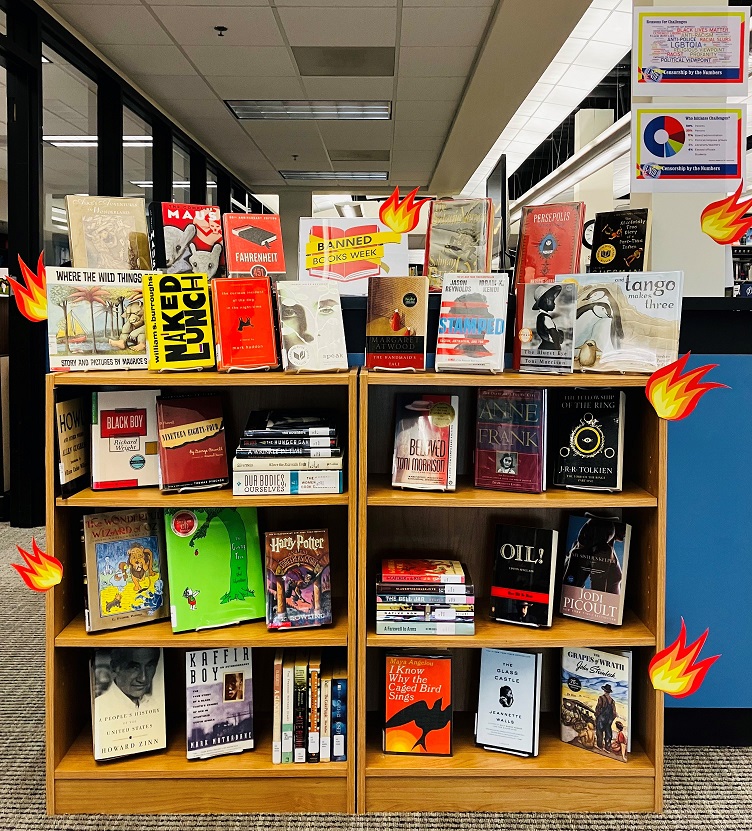 “Libraries should challenge censorship in the fulfillment of their responsibility to provide information and enlightenment.” —Article 3, Library Bill of Rights

Did you know there are hundreds of attempts to remove books from libraries and classrooms every year? Just last year, the American Library Association recorded 1,597 book challenges or removals, the most since they began tracking more than 20 years ago. Please join us in celebrating this year’s Banned Books Week (September 18-24) and our freedom to read. You can learn more with our Banned Books library guide. Here are some of the titles on the American Library Association’s lists of Frequently Challenged Books that you’ll find in our collection:

Check one out and exercise your First Amendment rights!

About the Author: Michael Kirby