I heard that question just about every Saturday morning during the boys youth tackle football season. Yes, those braids sticking out from #21’s helmet belonged to my fourth-grade daughter, Gianna. I wasn’t ever too surprised by comments or reactions from spectators on other third- and fourth-grade boys teams. Maybe because I knew Gianna was actually a really good football player simply following her passion.

What started as playing flag football on a boys youth team turned into three years as a top running back and linebacker on a boys youth tackle football team. Gianna’s braids or ponytail continued flying down the lacrosse field and basketball court in middle school and high school—and on the Minnesota Elite Girls Lacrosse club team.

June 23, 2022, marks the 50th anniversary of Title IX of the Education Amendments Act of 1972. The relevant part of the federal civil rights law states: “No person in the United States shall, on the basis of sex, be excluded from participation in, be denied the benefits of, or be subjected to discrimination under any education program or activity receiving Federal financial assistance.”

DCTC participates in six NJCAA sports, fielding three women’s teams and three men’s teams. The NJCAA promotes equality in sports while celebrating the athletic achievements of women and girls across the country. The NJCAA states: “Surviving many challenges through the decades, the Title IX of the Education Amendments of 1972 is arguably one of the most significant pieces of civil rights legislation in America’s history.”

Even though Title IX was written to benefit everyone, ensuring the underrepresented gender—male or female—has equal access and opportunity, the law is probably most often associated with women and sports. In that light, Title IX has paved the way for many young girls to follow their dreams, especially in the world of athletics. 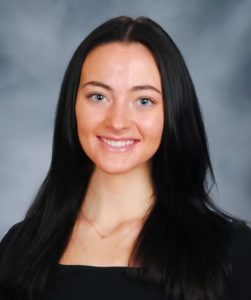 Gianna Freking will be a junior next fall at the University of Wisconsin–Madison, where she is pursuing a double major in Computer Engineering and Computer Science. She is a current captain and previous licensing chair of the UW–Madison Women’s Lacrosse Club team.

Gianna is also a member of Women in Electrical and Computer Engineering, Institute of Electrical and Electronic Engineers, Society of Women Engineers, and Gamma Phi Beta at UW–Madison. She most recently started a summer internship in Information Technology at Humana.

What did you like best about playing boy’s youth tackle football?

One of the most appealing things to me was not being afraid to do something that I loved despite the doubts or differing opinions I received from outsiders. Through playing tackle football, I found my sense of pride; I found what made me different than other kids my age.

Personally, I have always been of the more reserved type, so tackle football was my way of standing out without having to use my voice. Although making your voice known is an important life skill, my ability to dominate in a league with all boys spoke my voice for me.

What did you learn from the experience that helped you later in life?

To be a badass and to keep my chin up. It’s not how hard you get knocked down, it’s whether you get up on your feet again. Trust me, I fell a lot and many who witnessed me play sports throughout the years can surely attest to that.

The biggest takeaway for me was learning how to get up and stand out in an environment where I was in the minority. Did I receive doubts and skepticism from other players and players’ families? Absolutely.

Nevertheless, I used that to fuel my motivation, make a name for myself, and earn respect. Football was something that I loved playing, and I wasn’t going to let anyone’s opinions prohibit me from doing what I loved.

Currently, I am pursuing a degree in a field dominated by men and, thanks to the experiences football provided me, I am now more confident in my abilities and am not afraid to share my opinions and ideas with fellow classmates.

More generally, I think any sport, not only football, helped me develop essential leadership skills that have guided me through life thus far. Whether it be by voice or by example, being involved in sports has shown me what it takes to lead a team to success, which in turn, has provided me with experience in leading class projects, school-related clubs and activities, and other various group environments.

What advice would you give young girls seeking to compete on a level playing field?

I think the biggest piece of advice I could give to girls in their youth these days is to not be afraid. What I have learned throughout my life is that the fear I used to feel was more or less excitement about the unknown.

I advise you to take that fear and run with it; you will be pleasantly surprised as to what you are capable of accomplishing.

Moreover, do not be afraid to be different and stand up for what you love doing. You’ve only got one life, so do not throw your hidden potential away although you are afraid; use it as motivation. Become accustomed to uncomfortable environments as that is the only way you will continue to learn what you are capable of doing, and I can assure you that you will find success in life.

You don’t have to be the best, but strive for it. The more that girls integrate such a mindset, the more we can, as one, close the gap of inequality.

My thoughts on Title IX

There are a plethora of debates, litigation, and articles on Title IX, but I want to focus instead on how each of us should follow our heart’s desires in life—regardless of gender, regardless of interest, regardless of what other people think. 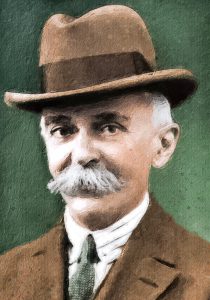 I remember studying Pierre De Coubertin, considered to be the founder of modern Olympics, during a college history class. Although I took the course many years ago, Coubertin’s words of wisdom still resonate with me: “The important thing in life is not to triumph but to compete…not victory but combat…not conquering but fighting well…not winning but taking part.”

I recognize that my daughter wasn’t the first female to play on a boys’ team, nor will she be the last. I would like to think that someday a girl’s presence on the gridiron—or a boy’s appearance at the ballet barre—won’t cause heads to turn and jaws to drop. As Coubertin expressed: The most important thing is taking part.

As a child, I was always encouraged to follow my dreams and my passions. Although I am not an Olympic swimmer, a first chair violinist with the Boston Symphony Orchestra, or the next Ernest Hemingway, I developed lifelong skills and interests. I still accept any swimming challenge, still play the fiddle when asked, and still jot down my thoughts. I took part then, and I still do now.

So, although my daughter most likely won’t ever play linebacker for the Chicago Bears, her favorite NFL team, I won’t let her goals and her passions fade. No matter what she ends up doing in life, I will always encourage Gianna to be herself and follow her dreams. 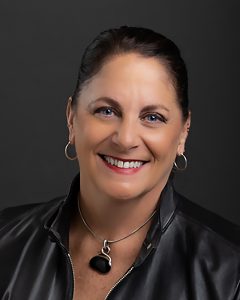 Lisé Freking, JD, is the director of strategic marketing and communications at Dakota County Technical College and Inver Hills Community College. Lisé is responsible for the strategic direction for marketing, branding, and communications for both colleges. She also serves as the DCTC and Inver Hills public information officer and leads the marketing, public relations, graphic design, and web development teams.

Lisé is currently a co-chair on the Minnesota State Womxn in Higher Education Employee Resource Group, a programming and resource committee member on the National Council for Marketing & Public Relations (NCMPR), an ambassador for the Dakota County Regional Chamber of Commerce (DCRCC), and a member of the Community Relations Committee on the Dakota-Scott Workforce Development Board. She previously held positions at Thomson Reuters in strategic product and customer marketing, product management and development, and legal editorial operations.

Dakota County Technical College is located in Rosemount, Minnesota, in the center of Dakota County just south of the Twin Cities metropolitan area. The DCTC campus features state-of-the-art facilities for baseball and soccer—Ames Field and the Ames Soccer Complex. Softball games are played at the modern UMore Softball Fields adjacent to the campus.

Tickets to all Blue Knights games are available at the gate. General admission is $5 for all scheduled events during the regular season. Ticket prices for playoff games and special events are subject to change. Please check out team schedules for home dates and locations. Parking for Blue Knights athletic events at DCTC and Inver Hills is free. 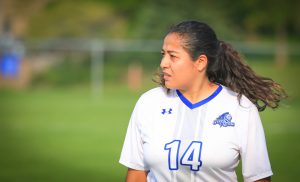 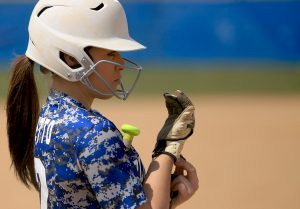 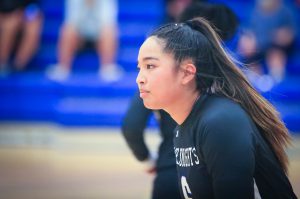 Learn more about NJCAA women’s athletics at DCTC by contacting: 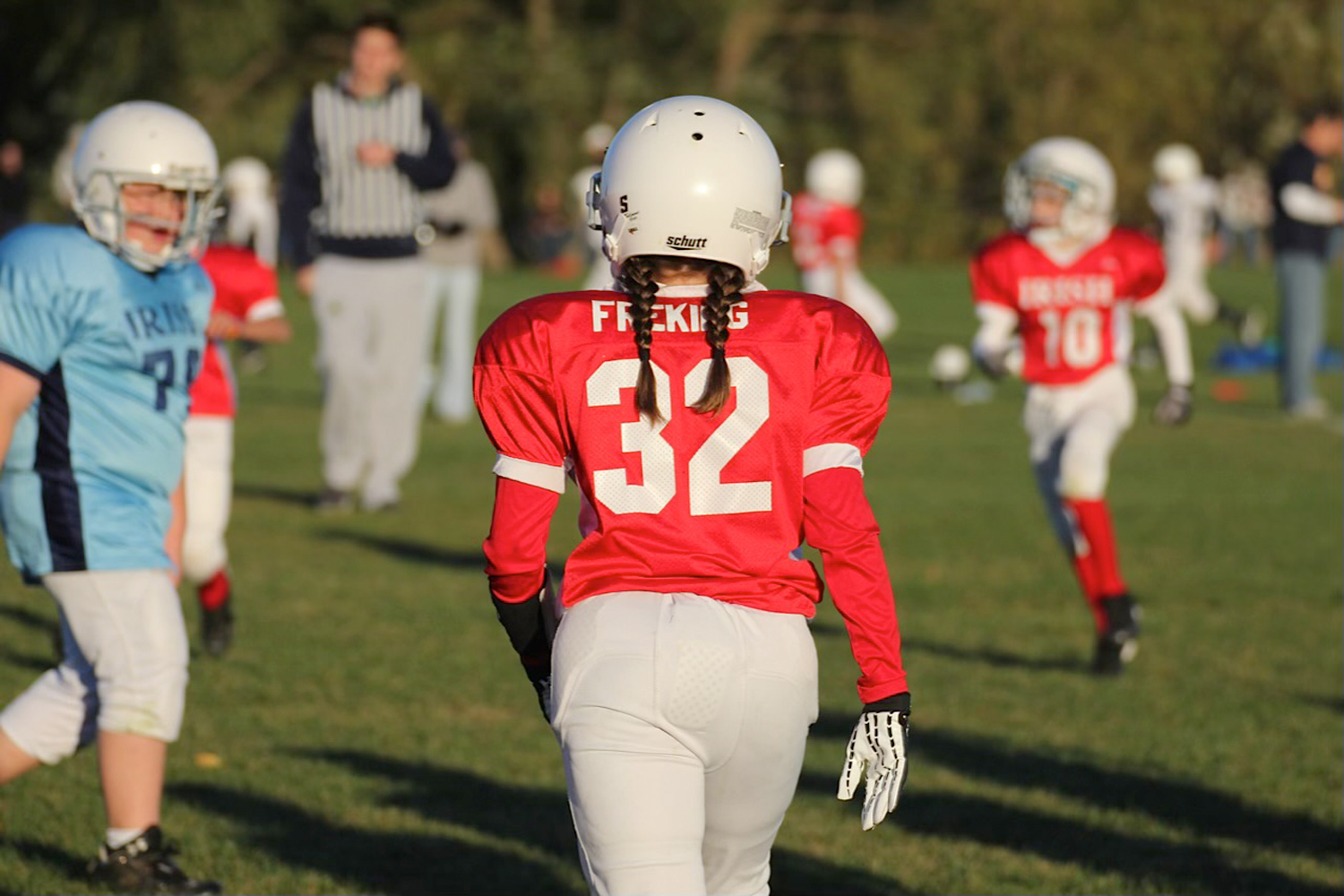