Tuesday, June 14, 2022, was Flag Day, which commemorates the adoption of the flag of the United States on June 14, 1777, by resolution of the Second Continental Congress.¹ Dakota County Elks Lodge #2832 and Farmington Scout Troop #118 served as flag presenters at a Flag Day Service in the Dakota Room on the Dakota County Technical College campus in Rosemount, Minnesota.

“The Benevolent and Protective Order of Elks is the first and only fraternal body  to require formal observance of ‘Flag Day,'” reported Ron Millet, Exalted Ruler of Dakota County Elks Lodge #2832. “This unique distinction as the strongest promoter of ‘Flag Day’ is most becoming to the Order of Elks. This Order is distinctively American. Only American citizens are eligible to join it and it has no foreign affiliations. It has linked its destiny with the destiny of our country and made this Flag its symbol of self-dedication to God, to country, and to fellow men.” 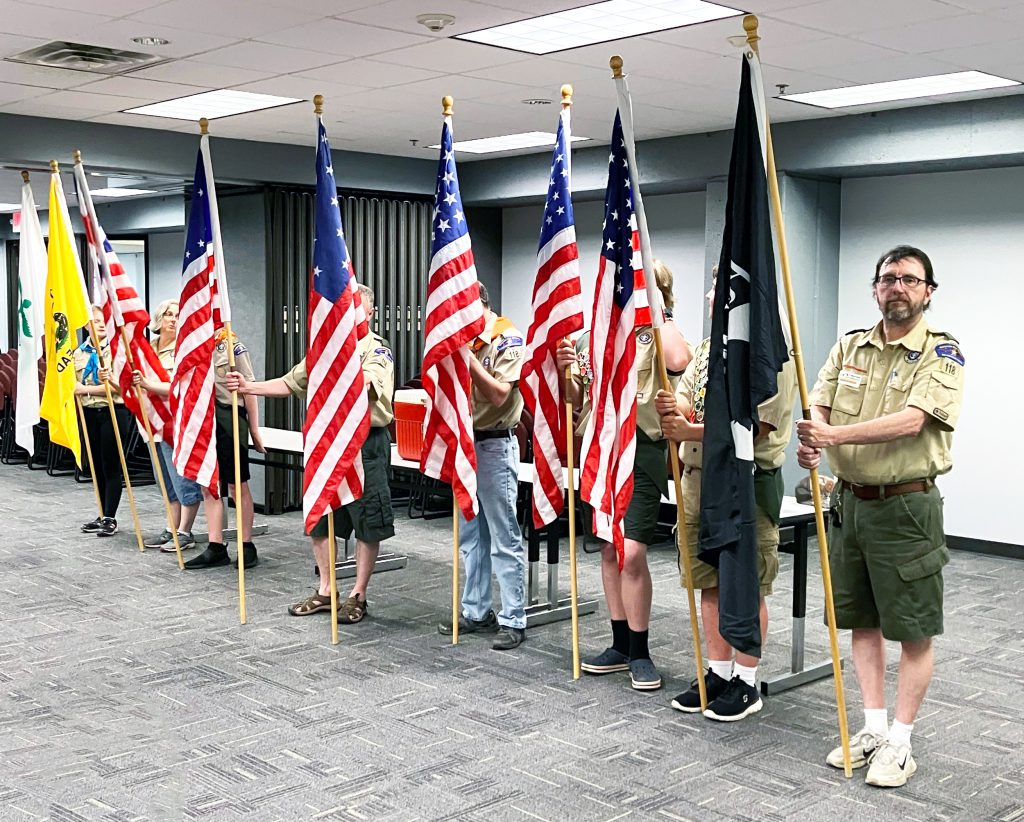 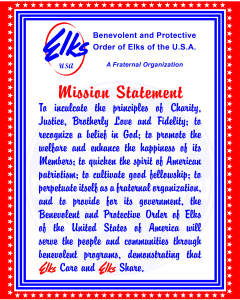 Benevolent and Protective Order of Elks of the U.S.A.
A Fraternal Organization

To inculcate the principles of Charity, Justice, Brotherly Love and Fidelity; to recognize a belief in God; to promote the welfare and enhance the happiness of its Members; to quicken the spirit of American patriotism; to cultivate good fellowship; to perpetuate itself as a fraternal organization, and to provide for its government, the Benevolent and Protective Order of Elks of the United States of America will serve the people and communities through benevolent programs, demonstrating that Elks Care and Elks Share.

“So long as there are veterans, the Benevolent and Protective Order of Elks will never forget them.”

Learn more about the Military and Veterans Services at DCTC by contacting:

Learn more about the Benevolent and Protective Order of Elks by contacting: