This award is given in honor and memory of Dave Schroeder, the college’s first president, who served from 1970 to 1999. Dame and Brian will be formally recognized during the 2022 DCTC Graduation Ceremony May 13, 2022, at 7 p.m. at Grace Church in Eden Prairie, Minnesota. 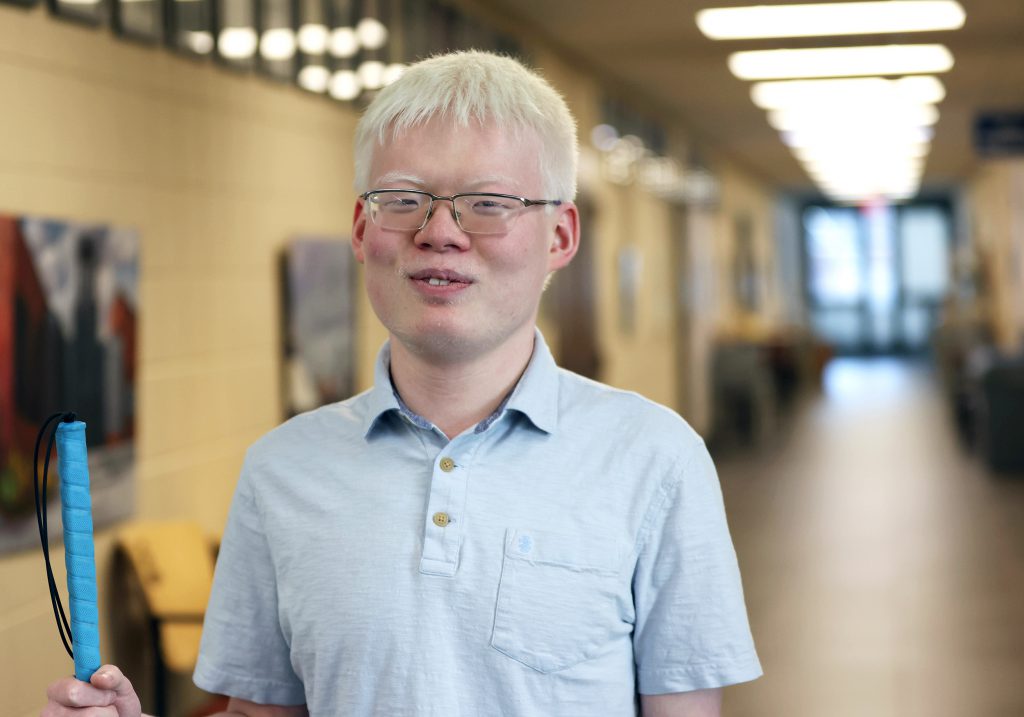 Brian Barnes was a PSEO student at DCTC and is graduating from college and Lakeville North High School at the same time. Brian qualified to compete at the Business Professionals of America (BPA) National Leadership Conference at the Hilton Anatole in Dallas, Texas, in May after performing exceptionally well at the BPA Spring State Leadership Conference this past March, taking first place in C# Programming and Information Technology Concepts as well as second place in Computer Programming Concepts and Parliamentary Procedure Concepts.

“DCTC provided me with the space to lead, be a role model, and build my career all at the same time. Receiving the Dave Schroeder Outstanding Student Award is a testament to what a person can do if they have the drive and motivation to improve and take opportunities.”

Along with earning his Associate of Applied Science (A.A.S.) degree in Software Development, Brian served as Student Senate vice president and a student ambassador. He worked as a peer tutor and belonged to Unified Club and Phi Theta Kappa. He participated in Heart of a Leader Training and served as vice president on the Equity and Inclusion Search and Academic Affairs committees; he also served on the Student Life Budget Committee.

Brian was discovered as a foundling in Xuzhou, a major city in China with more than 9 million residents and located in Jiangsu province. He was adopted when he was 5 years old in November 2007 and arrived in Minnesota right before Thanksgiving that year.

He would love to work for Google one day and, later in life, start his own swimming/nature schools helping others become swimmers while helping people heal through nature.

Brian’s favorite pursuit outside his college education is swimming. Also in his free time, Brian loves reading the works of C. S. Lewis as well as For Dummies books and software documentation. Playing and listening to music is very high on his list of pastimes.

Learn more about Brian by reading his DCTC News story: 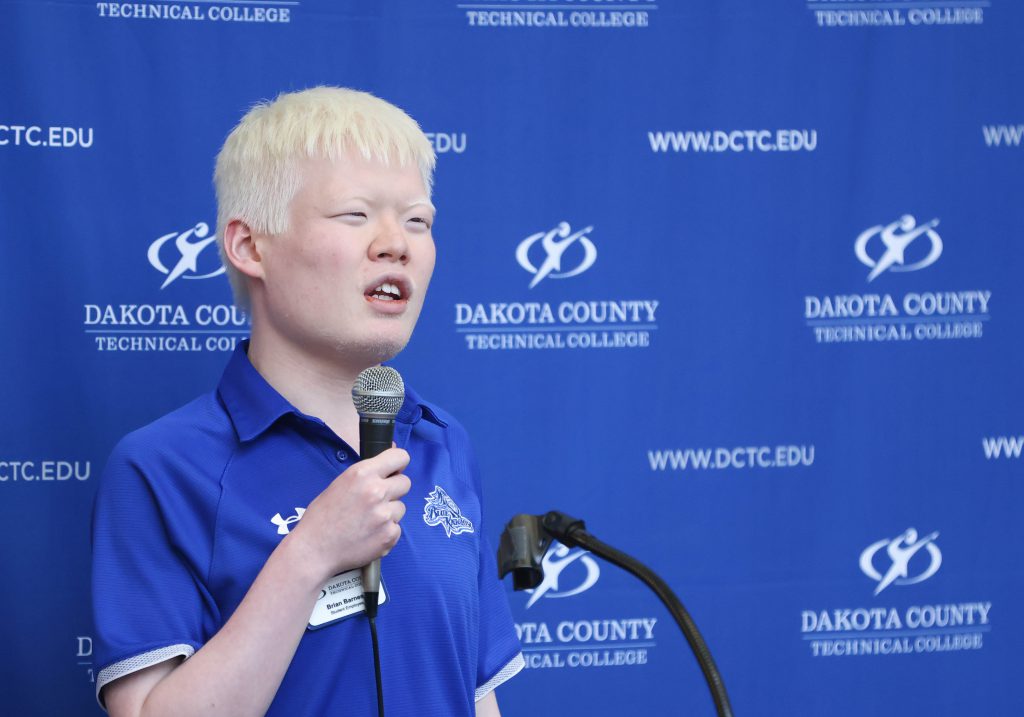 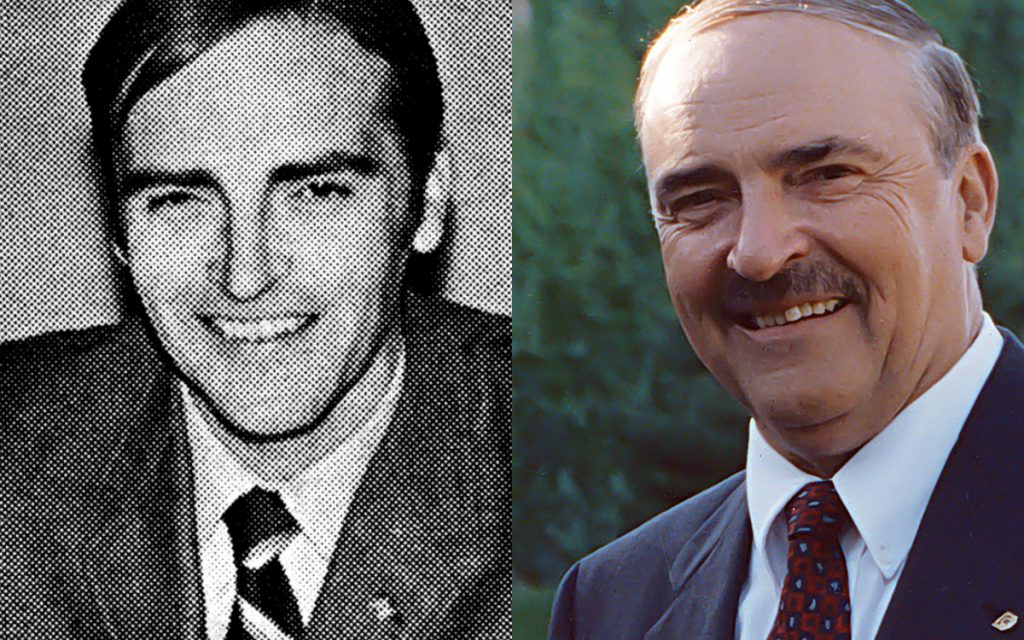 When he took over as the first director of the Dakota County Area Vocational-Technical Institute in October of 1970, David L. Schroeder brought a philosophy for technical education focused on providing incoming students with effective pathways to rewarding, secure careers.

President Schroeder was taking the helm of a school whose main campus building wouldn’t be completed for three years. Classes ran all year and tuition was free. The first students attended class in rented space across an archipelago of buildings. Enrollment was three shy of 50.

Working three years straight with no time off, President Schroeder put in 60-hour weeks creating programs, hiring faculty and staff, buying equipment and coordinating everything on the fly. When the main building opened in Rosemount, Minnesota, in 1973, enrollment had reached 700 students in some 30 programs. 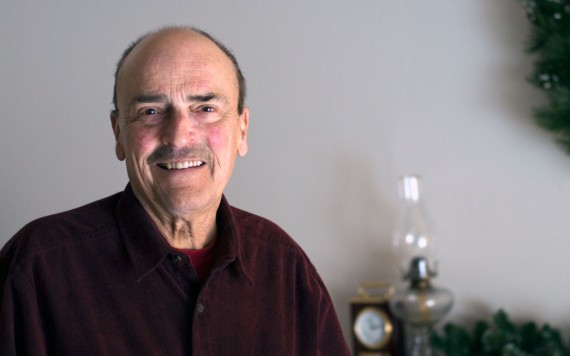 “We started with nothing and created programs that changed people’s lives.”

“By the time I finally took a vacation, I was totally wiped out. I went up north to our family cabin and sat in the woods for two weeks,” President Schroeder remembered with a smile. “But it was a fun time and everyone was up to the task.”

After two name changes, the tech institute, as it was nicknamed, became Dakota County Technical College in 1989. Six years later, when DCTC merged with other higher education institutions in the Minnesota State Colleges and Universities system, Dave Schroeder assumed the role of president of the college.

“From the very beginning, our mission was Education for Employment,” said President Schroeder, who retired in 1999 and passed away in 2011. “When I look back on my career, I feel the strongest about serving students and getting them jobs.

“We started with nothing and created programs that changed people’s lives. It was hard to leave, but after thirty years it was time. I loved the place.”

Award nominations are based on the following criteria: 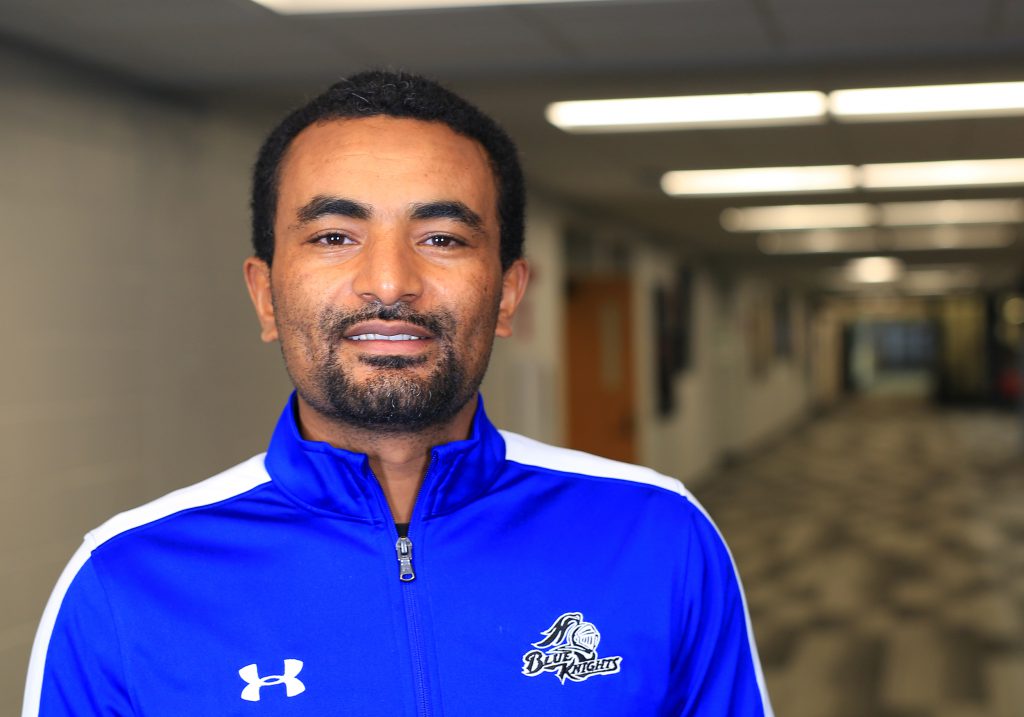 In January 2021, Dame Gamada was honored by LeadMN with the Mark M. Welter World Citizen Award. One of 20 students nominated by faculty in the Minnesota State system of colleges and universities, Dame received a $500 scholarship to recognize his exemplary understanding of our interconnected world.

Originally from the market town of Nekemte (Naqamte) in Ethiopia, a country in the Horn of Africa with nearly 120 million people, Dame received an immigrant visa through the Diversity Visa (DV) program and moved to the U.S. in 2015.

“I am committed to learning and doing my best at DCTC, but I would not be successful without Student Life and Business department support. I am honored to receive the Dave Schroeder Outstanding Student Award, which is a considerable recognition for me. I have had a great time at DCTC, and I would like to thank all DCTC members.”

Favorite Chinese proverb: “The best time to plant a tree was 20 years ago. The second best time is now.”

Dame worked while going to school at Phillips & Temro Industries (PTI). He serves as a line lead in the Electric Vehicle department at PTI’s global headquarters in Eden Prairie, Minnesota.

Dame is looking forward to transferring to either Saint Mary’s University of Minnesota or St. Cloud State University after graduating from DCTC. He is centering his career plans on becoming a project manager. He is most interested in the manufacturing sector.

Dame and his wife, Lamrot Mammo, were married in 2012. They have four daughters ages 8, 7, 2, and seven months. Lamrot works part-time in a nursing home and spends most of her time caring for their children.

In his free time, Dame enjoys running 5Ks and playing soccer as a midfielder.

Learn more about Dame by reading his DCTC News story: 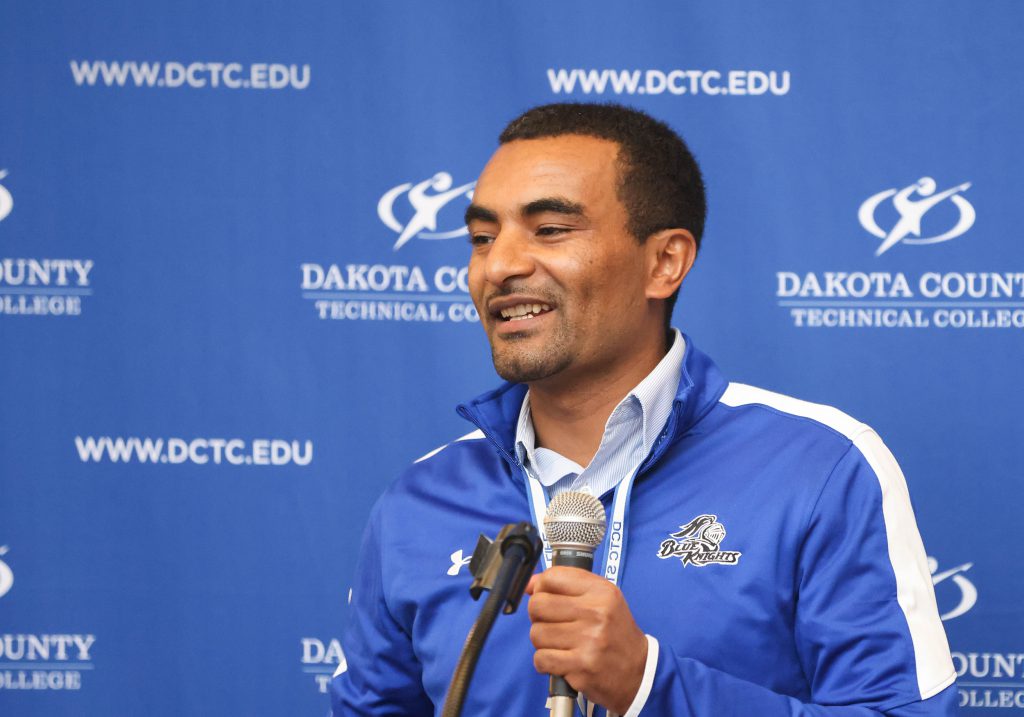 It’s in your iPod. Your sunscreen. Your baseball bat. Nanoscience technology is everywhere. This summer, Dakota County Technical College will give high school students…