Dakota County Technical College has been recognized as a 2021 ALL IN Campus Democracy Challenge Award Winner. The ALL IN Campus Democracy Challenge honors higher education institutions, educators, and students who increased student voter engagement during the 2020 elections. According to ALL IN, the 2020 presidential election engaged the largest and most diverse group of college students in U.S. history. 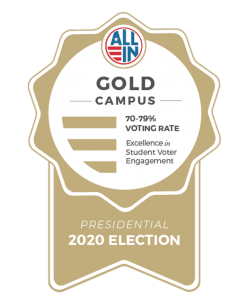 ALL IN recognized DCTC with a 2021 Gold Seal Campus Award for a 2020 student voting rate of 70.2 percent, which represents an 10.6 percent increase from a rate of 56.9 percent in 2016. More than 840 institutions enrolling close to nine million students participated in the ALL IN Challenge.

“The rise in voter participation and engagement for college students in last year’s presidential election amidst a global pandemic was tremendous and will undoubtedly be tied to the tireless efforts of the dedicated students, faculty, administrators, and partner organizations that are part of the ALL IN Challenge network,” said Jen Domagal-Goldman, executive director of the ALL IN Campus Democracy Challenge. “The hard work of these trailblazing honorees will help support many of the country’s future leaders in fulfilling the equitable, engaged vision of democracy to which we aspire.”

Anne Johnson, DCTC vice president of student affairs, was elated to learn about the large upswing in student voter participation and the ALL IN Gold Seal Campus Award.

“I am excited to learn of the increase in student voting in 2020 especially during the pandemic,” Anne said. “This is a testament to the interest students are taking in government, democracy, and overall civic engagement.”

The ALL IN Campus Democracy Challenge is hosting the third biennial ALL IN Awards Ceremony, November 8–10, 2021, to recognize select higher education institutions, educators, and students for their extraordinary work in student voter engagement during the 2020 presidential election. Despite the COVID-19 pandemic and most students learning virtually, the honorees ensured students across the country could cast their ballots.

Anna Voight, DCTC associate director of student life, has advocated for increased student participation in the voting process for a number of years. She is excited to see how students are taking more and more interest in local, state, and national elections.

“Our Student Senate worked hard to promote the importance of voting to their peers,” Anna said. “The Senate has pointed students to voting resources so they could make informed voting decisions. I am proud of the work our student leaders have done to get out the vote on our campus.” 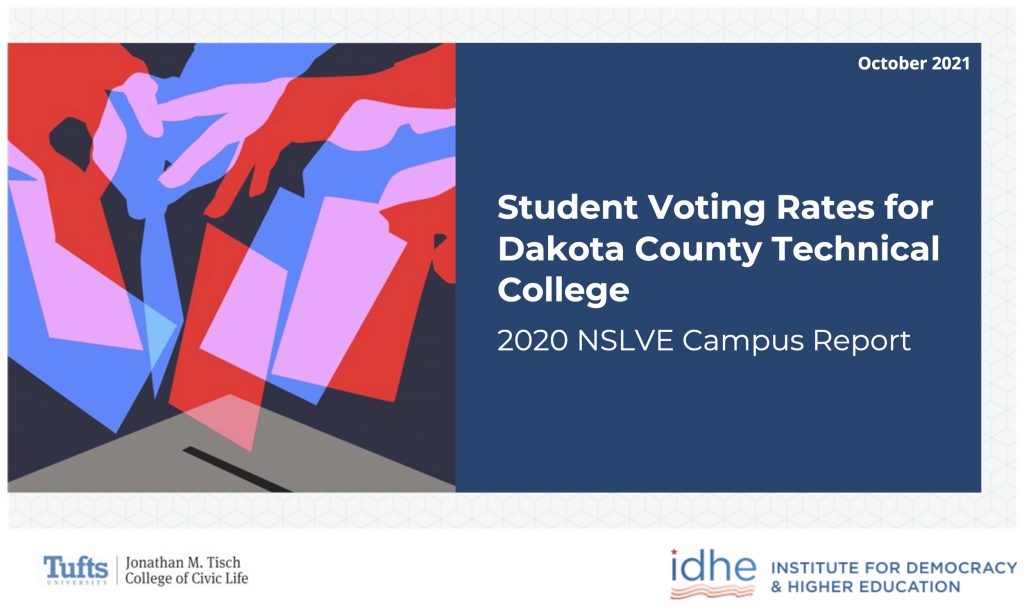 The 2020 election cycle saw unprecedented voter registration and turnout among college students according to the National Study of Learning, Voting, and Engagement (NSLVE), a research study of the Institute for Democracy in Higher Education (IDHE) at the Jonathan M. Tisch College of Civic Life at Tufts University. IDHE reported that 66 percent of college students voted in the 2020 election, a 14 point increase from 2016.

Nationwide, the study’s authors report a record-breaking set of findings. On campuses across the country, students built on the momentum swing of 2018 and voted at high rates in the 2020 election, with voter turnout jumping to 66 percent in last year’s presidential election. The 14 percentage point increase, from 52 percent turnout in the 2016 election, outpaces that of all Americans, which jumped 6 percentage points from 61 percent to 67 percent, according to the U.S. Census Bureau.

“That students, often younger and first-time voters, turned out at rates commensurate with the general public is nothing short of stunning,” said IDHE Director Nancy Thomas. “We attribute this high level of participation to many factors, including student activism on issues such as racial injustice, global climate change and voter suppression, as well as increased efforts by educators to reach students and connect them to the issues and to voting resources.”

“One of our values as a college is community engagement,” said Michael Berndt, DCTC president. “Voting is a powerful expression of that engagement because we are taking responsibility for the community’s direction.”

About the ALL IN Campus Democracy Challenge…

The ALL IN Campus Democracy Challenge (ALL IN) is a national, nonpartisan initiative of Civic Nation, a 501(c)(3) organization. ALL IN strives for a more inclusive democracy—one in which all voices are heard. We believe that higher education plays a role in graduating students into voters and in closing electoral participation gaps that persist by race and age.

Through an intentionally designed program—which provides structure, support, and recognition—ALL IN strengthens college and university efforts to improve civic learning, political engagement, and voter participation. Ensuring that students are registered to vote and participate in all elections is a key component of our work.

The Institute for Democracy in Higher Education (IDHE) National Study of Learning, Voting, and Engagement (NSLVE, pronounced n-solve) is the nation’s largest study of college and university student voting. Institutions must opt-in to the study, and at this time, nearly 1,200 campuses of all types—community colleges, research universities, minority-serving and women’s colleges, state universities, and private institutions—participate.

The dataset reflects all 50 states and the District of Columbia and includes 49 of the nation’s 50 flagship schools. IDHE uses de-identified student records to ensure student privacy. The 2020 dataset is robust with 8,880,700 voting-eligible students representing 1,051 colleges and universities.

Learn more about get-out-the-vote efforts at DCTC by contacting: 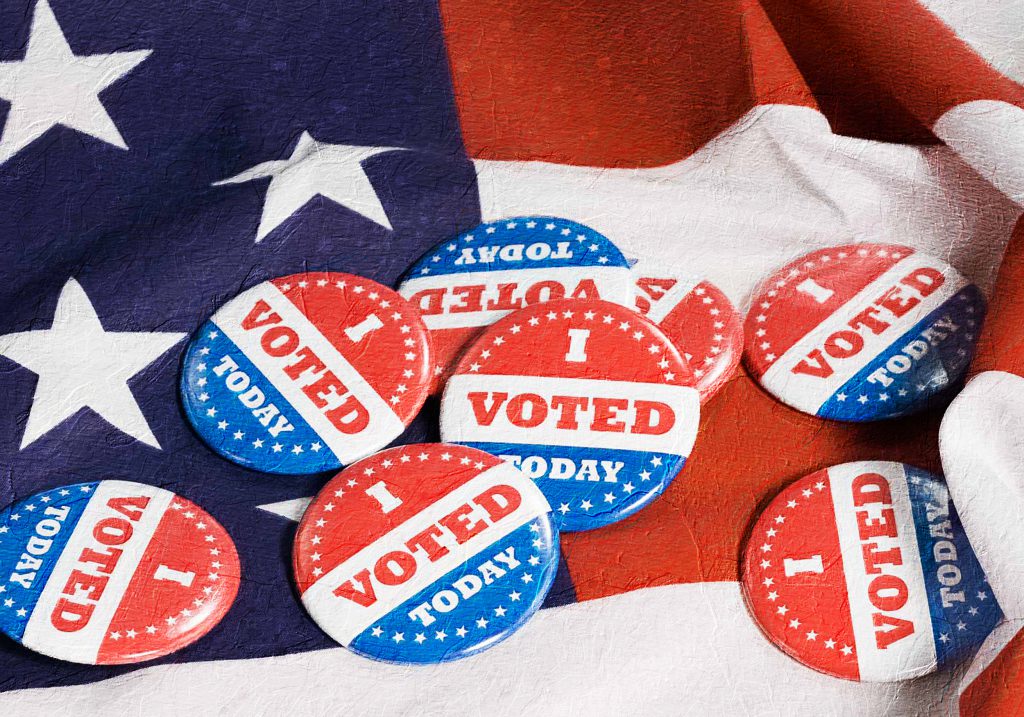 ALL IN Campus Democracy Challengeawarddemocracyelectionsvoting