This DCTC News story was originally published April 21, 2021, and is republished today in honor of National Hispanic Heritage Month. 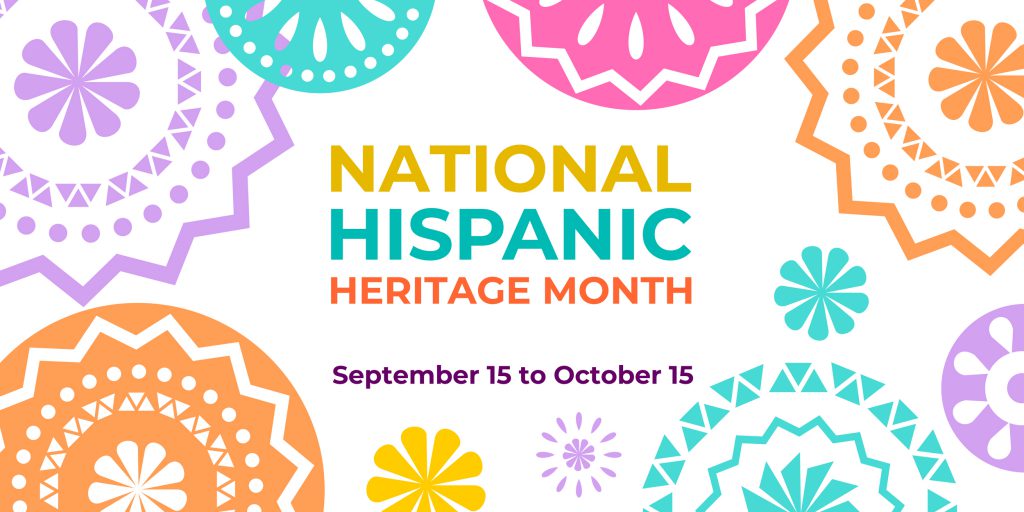 Each year, Americans observe National Hispanic Heritage Month from September 15 to October 15, by celebrating the histories, cultures and contributions of American citizens whose ancestors came from Spain, Mexico, the Caribbean and Central and South America.

The observation started in 1968 as Hispanic Heritage Week under President Lyndon Johnson and was expanded by President Ronald Reagan in 1988 to cover a 30-day period starting on September 15 and ending on October 15. It was enacted into law on August 17, 1988, on the approval of Public Law 100-402.

The day of September 15 is significant because it is the anniversary of independence for Latin American countries Costa Rica, El Salvador, Guatemala, Honduras and Nicaragua. In addition, Mexico and Chile celebrate their independence days on September 16 and September18, respectively.

Also, Columbus Day or Día de la Raza, which is October 12, falls within this 30 day period.

Tatiana Paolini Belotto, 34, is earning her Associate of Applied Science (A.A.S.) in Business Management and her diploma in Multicultural Human Resources Management at Dakota County Technical College. Tatiana is originally from São Paulo, a historic megacity in Brazil. With a population topping 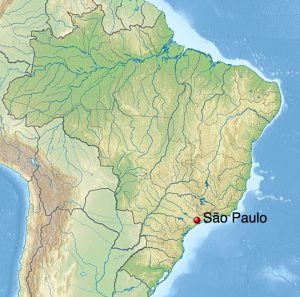 12.3 million, São Paulo is the largest city in Brazil, the largest country by area and population in South America.

Fluent in Portuguese, English and Spanish, Tatiana was an accomplished scholar before opting to study abroad in Minnesota. She has a Master of Business Administration (M.B.A.) in Project Management and a Bachelor in Business Administration (B.B.A.), earning both degrees from Universidade Anhembi Morumbi, a prestigious private university in São Paulo. She graduated from Colégio São Paulo (high school) in 2003.

“Before starting my studies in the USA, I identified a gap that human resources in organizations are not addressing; diversity, inclusion and employee support in areas of mobility and remote work,” Tatiana said. “My plan after graduating from DCTC is to put my education and experience to work starting my global human resources consulting business.” 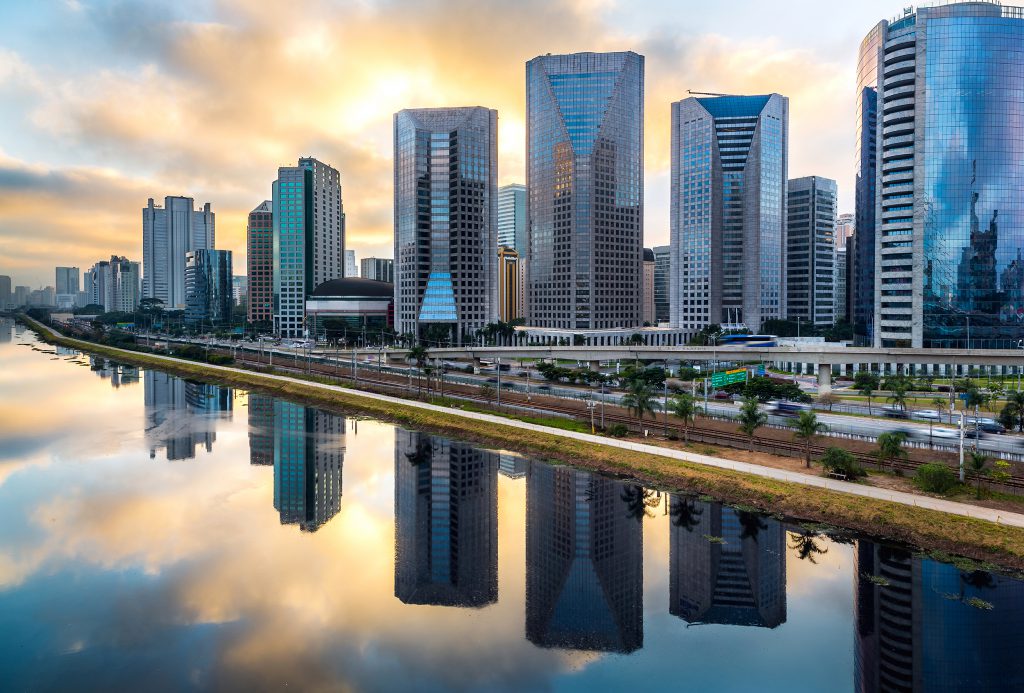 With a 4.0 GPA, Tatiana is an amazing student, an active member of Phi Theta Kappa, and a great contributor to the Multicultural HR Management program.

Tatiana’s life experiences as an international student along with her work at multinational companies and her previous education in Brazil make her an excellent choice to be a mentor to students in our program; she sees the potential in everyone!

The New Century Workforce Pathway Scholarship will help her pursue her dream to become an international HR consultant. 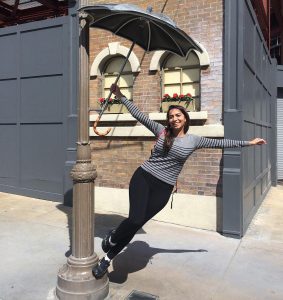 Tatiana keeps busy beyond the classroom while attending DCTC. She belongs to Phi Theta Kappa (PTK) and also serves as a student success coach, Business Management program peer tutor and student ambassador. She was recently named a 2021 New Century Workforce Pathway Scholar. The scholarship program is sponsored by the Coca-Cola Foundation with additional support provided by Phi Theta Kappa.

CEO Tincher-Ladner added that although Phi Theta Kappa will miss having the opportunity to celebrate Tatiana in person at the Association of Community College Trustees’ Leadership Congress, a special video recognition will take place to honor and celebrate her achievements as a New Century Workforce Pathway Scholar. In fall 2021, PTK will send Tatiana an award box that will include a $1,250 scholarship check, medallion and certificate.

“There is only one thing that makes a dream impossible to achieve: the fear of failure.”

On her first journey to Minnesota in September 2017, Tatiana flew alone from São Paulo and literally braved a hurricane to pursue her career goals.

“Chasing my dream started a little earlier than my studies at DCTC,” she explained. “I came to Minnesota originally in a corporate trainee program. After waiting months to finally get the job, the visa and everything, I learned my flight was scheduled for the same day Hurricane Irma hit Florida.”

Tatiana understood flying during a Category 5 hurricane was dangerous, but she was unwilling to remain in Brazil and take the chance the company would not hold her new job for her. She decided to catch the flight even against the wishes of her family.

“Everything went okay, of course, even with the stress of feeling unprecedented turbulence in the airplane,” Tatiana said. “At the end of my trainee program, I found out about DCTC and decided that even though I had to go back to Brazil to change my visa, I would return to Minnesota again to study at DCTC—with no hurricanes on the way this time.” 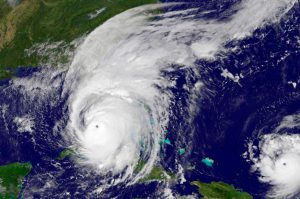 Hurricane Irma, nicknamed Irmageddon, was an extremely powerful, Atlantic-season hurricane that caused $77.16 billion in damage, making the Category 5 storm the fourth-costliest tropical cyclone on record. Damage in Florida alone surpassed $50 billion, ranking Irma as the most devastating hurricane in the state’s history. 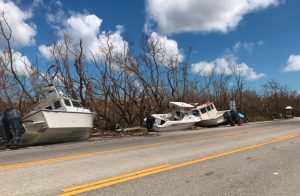 Boats washed up on U.S. Route 1 in the Florida Keys

Tatiana has adapted to life in Minnesota and made herself at home at DCTC.

“Today, even though I live with none of my own family, I consider family the valuable friends I’ve made here,” she said. “Some people from DCTC have been extremely supportive of me besides, of course, for my family and two or three of my friends back in Brazil. I’d say even though I am single, I probably have one of the biggest families—lol.” 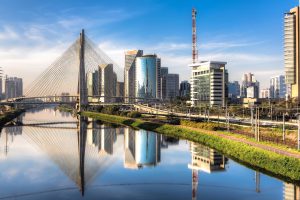 What do you love most about Brazil?

I love the food, my family, my friends and how easy it is to make new friends.

What is your favorite place in Brazil?

Does my Grandma’s hug count as a place? If not, then I would say Rio de Janeiro. There are way too many places in Brazil that I did not have the chance to explore yet, but from the places I know, Rio de Janeiro is my favorite.

How is life in the U.S. most different from life in Brazil?

It changes the way we communicate, the way we go to places, the places we go to, the people we interact with, how safe we feel in different places, situations or interactions. We also have many fruits in Brazil that we don’t have in the U.S.

How is life in the U.S. most similar to life in Brazil?

The majority of people in both countries are Christian, both countries have people from all over the world, our largest cities (São Paulo and New York) are very similar. Day-to-day life in both countries may seem exactly the same at a first sight, when you don’t dive deep into the differences between cultures.

What would you tell U.S. students thinking about studying abroad in Brazil?

Brazilian people are very friendly in general, and they tend to try to make foreign people feel like home. They’d invite you to eat and do things with their friends, and you’d very easily make too many friends in Brazil.

I’d suggest learning some Portuguese since not everyone in Brazil can speak a decent English and try to focus on school a little, which can be hard when you have so many friends trying to do so many things all the time. 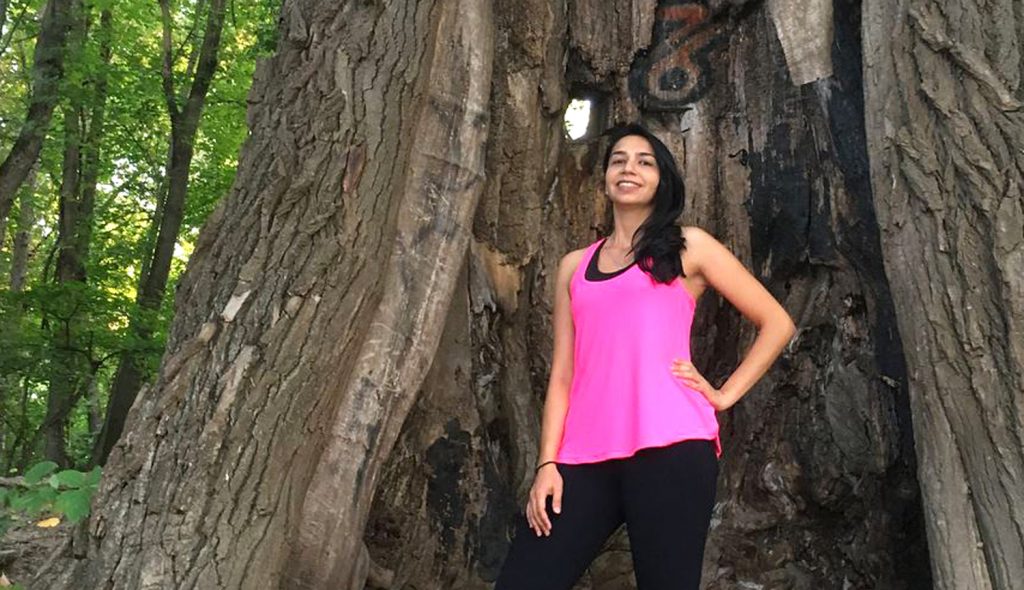 Why did you choose to study abroad at DCTC?

Because DCTC was the only place in the world that I was able to find a Multicultural Human Resources Management program, and that is what I was looking for to support my career plans.

Why are you pursuing business management as your career path?

One of my dreams for the future is to be a business owner, so I am gathering the necessary knowledge to be able to do so.

What do you find most interesting about the HR field?

I love working in a field that allows me to make a difference in people’s lives by helping them make their organization a better place for them.

What is your favorite DCTC course so far and why?

It is so difficult for me to respond this question. I feel like most of my classes bring me so much growth as a leader, as a professional, as a human resources professional and as a multicultural professional. Other than that, my other classes help me improve in other aspects, such as my business communication.

I love the fact that from one semester to the next I can always compare how much I grew and improved my skills and knowledge. I absolutely love all my classes.

Three words that describe you as an international college student:
DEDICATION. ENGAGEMENT. RESPONSIBILITY.

Who do you admire most in the world of business and why?

I admire all the people who built business empires, like Bill Gates, Steve Jobs, Mark Zuckerberg, Elon Musk. I do not have idols, though. I believe every person has good and bad traits, and I tend to admire the most people that I actually know in person and can see that they are amazing people, even with their flaws.

I had three bosses who are the most inspiring people in the world to me because of that. Sheila França, Renato Fiuza and Christine Grasso. All of them demonstrated to be very human managers who care about their employees, establish a relationship of trust with their employees, give them the freedom to make decisions (while also making them very accountable for their decisions), are always willing to help and support people in their teams or companies, and are engaged in their work. To me, they are just amazing examples of how leadership is supposed to be done.

What advice would you give international students having trouble adapting to college in the U.S.?

I know sometimes school in the U.S. feels overwhelming, especially when English is not your first language, but dedication pays off in the U.S. If you are a dedicated student, focused on doing your best in your assignments, you will be graded accordingly.

If you do well in classes, you will be recognized for it. Do your best, ask questions when you are in doubt, connect with your peers and instructors, participate in clubs or activities you identify with and you will be successful.

My grandparents influenced me a lot in my way of managing finances and planning for the future. I had three bosses that also influenced a lot my work style and my leadership style.

Traveling the world as a businesswoman. 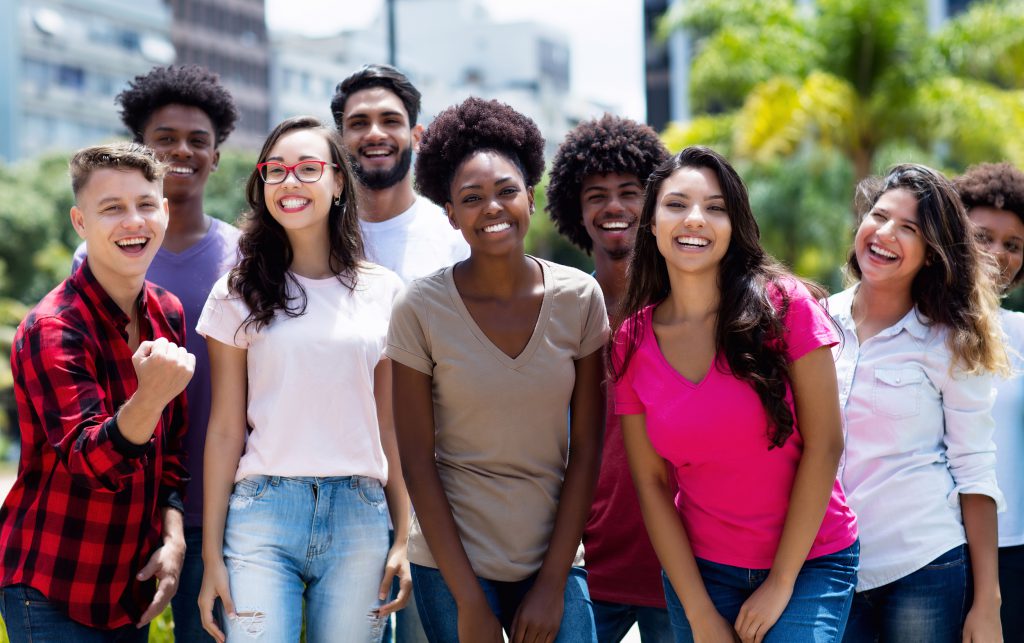 Click the graphic below for information pertaining to prospective international students (residents of other countries) who are considering attending Dakota County Technical College (DCTC). The information is specifically for those who would like to study in the United States on an F-1 (Student) visa.