Blaine Barthel, a former pitching coach for IMG Academy, has been named the new head coach for the Blue Knights baseball team at Dakota County Technical College. Barthel succeeds Matt Erzar, who started his coaching duties at DCTC in 2016. Erzar is the new head baseball coach at Century College. The Wood Ducks compete at the NJCAA Division III level.

Located in Bradenton, Florida, IMG Academy is considered the largest and most advanced multi-sport training and educational institution in the world. Graduates have gone on succeed at the highest levels in the NBA, LPGA, PGA, MLB, NFL, NCAA and professional tennis.

“I am humbled and honored to be named the next head baseball coach at DCTC,” Barthel said. “I want to thank Nicole Meulemans and the entire search committee for entrusting me to lead this program and welcoming me and my wife into the Blue Knights family. I cannot wait to get started!”

“We are thrilled to have Blaine on board,” said Marki Struensee, the college’s athletic coordinator. “He makes an excellent addition to the Blue Knights Athletics program. Blaine’s passion and tenacity are already apparent. We are excited to see what the upcoming season brings!”

During his time at IMG Academy, Coach Barthel helped implement yearlong pitching plans for more than 60 athletes. Two of those athletes were chosen in the 2021 Major League Baseball Draft.

Before IMG Academy, Barthel served as the director of player development at Luther College in Decorah, Iowa, his third stint at the school under Head Coach Bryan Nikkel. He helped design player development plans for the pitchers and hitters while also assisting with team practice planning.

Before Luther College, Barthel served as volunteer assistant and camp director at Morehead State University in Morehead, Kentucky. Working with catchers and pitchers, he helped lead the Eagles to their first 40-win season (2019) in school history. The Eagles also led the Ohio Valley Conference in pitching and hitting. Barthel coached two pitchers taken in the 2019 MLB Draft.

Before Morehead State University, Barthel served as assistant coach and recruiting coordinator at Luther College (second stint). He helped a starting pitcher become an All-American and 2018 Iowa Conference Pitcher of the Year as well as having two National Pitcher of the Week honors bestowed on the team’s staff. He also coordinated all camps and clinics and led social media efforts for the program.

Before Luther, Barthel served two seasons as a graduate assistant at Southwest Minnesota University in Marshall, Minnesota. He coached multiple all-conference players and helped recruit and sign more than 25 student-athletes in two seasons.

Barthel was an assistant coach and pitching coach at Luther during the 2015 season. One of his pitchers was named First-Team All-Central Region and two were named all-conference. He also served as head coach for St. Michael Legion Baseball in Minnesota from June 2012 to July 2015 and assisted at St. Michael-Albertville High School. He played two seasons at Itasca Community College before transferring to the University of Minnesota–Duluth, where he lettered one season.

Blaine Barthel graduated from UMD in 2013 with a Bachelor of Applied Science (B.A.Sc.) in Psychology. He earned his Master of Science (M.S.) in Physical Education Coaching of Sport from Southwest Minnesota in 2017. 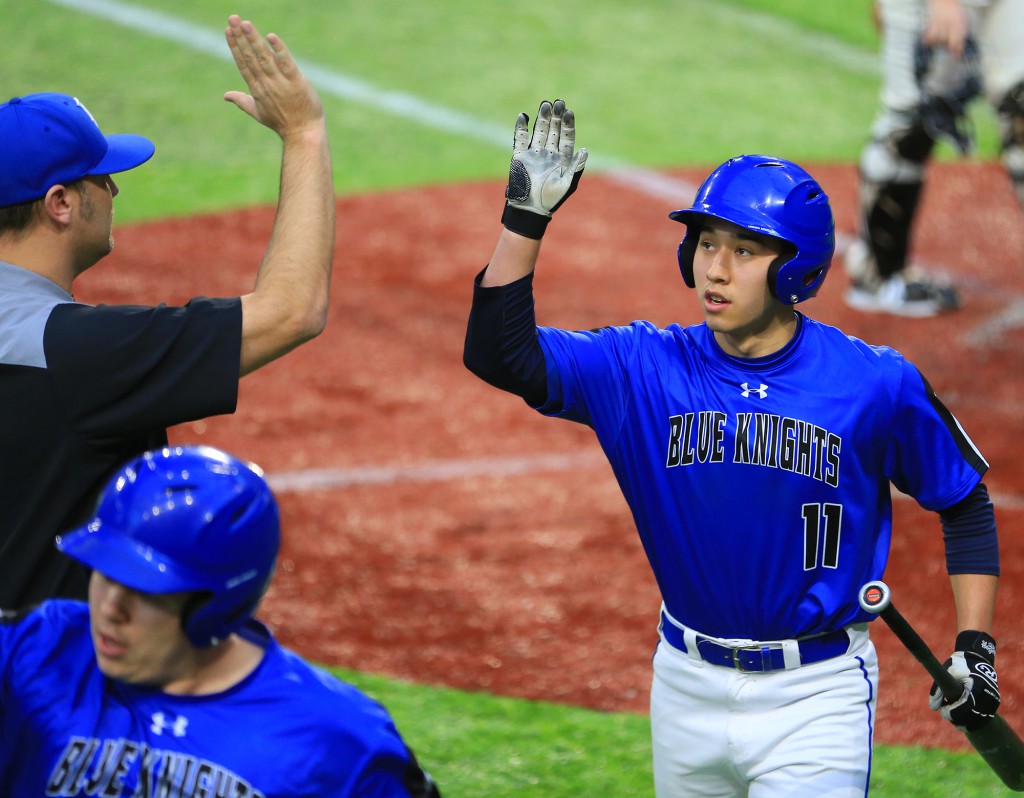 Blue Knights baseball competes at the NJCAA DII level. The team completed the 2020–2021 season with a 20–16 record. Home games are played at Ames Field on the DCTC campus in Rosemount, Minnesota.

Learn more about Blue Knights baseball at DCTC by contacting:

John Butenhoff profiled in USA TODAY John Butenhoff, a student in the Nanoscience Technology program at Dakota County Technical College, has been named to the All-USA…