General maintenance worker brings his best to his job on campus

Petr takes great pride in his work and strives to make sure campus areas are as clean and orderly as possible for students, staff and faculty. Petr covers the second (afternoon) shift. 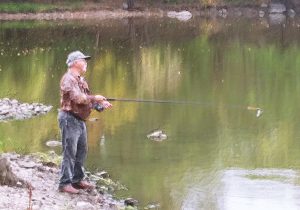 Originally from Khabarovsk, a city of 620,000 residents in Russian near the Chinese border at the confluence of the Amur and Ussuri rivers, Petr graduated from high school in Russia in 1972 and went on to earn degrees in road engineering and welding. As a boy, Petr helped his dad take care of the family’s honeybees. In his early 20s, he served in the Soviet military as a mechanical worker.

“Since Russia was a communist country, I had to work as a constructor remodeling and building houses,” Petr said, adding that he was also a woodcrafter who specialized in furniture making. None of those jobs were related to his degrees. He was constantly on the lookout for a better job due to his faith as a practicing Christian.

“Back then it was hard to get a good, decent job as a Christian,” he explained. “Every Christian had to make a decision: Jesus Christ or a degree job. I chose Jesus Christ and that’s why the dream job was not for me. But Jesus never let me down.”

Petr eventually moved to Kyrgyzstan, a landlocked country in Central Asia known officially as the Kyrgyz Republic. He met his wife, Irina, in Kyrgyzstan and all six of their children were born there.

New life in the USA…

In 2001, Petr brought his family to Utah, where he worked at a Goodwill store with Irina while their children were in school.

“We were working in the sorting department,” Petr recalled. “We tried to impress the managers by working really hard—just the two of us doing the work of five people. The managers loved us because we worked so hard. But we realized that they would not pay us more money for our hard work, and we were not going to move to a manager position or any other positions because we had no English.”

Petr related that he then worked for a company that decorated houses and yards with ornamental rocks. “In Utah, if you had your house decorated with beautiful rocks outside, or inside for the fireplace, that meant you were rich,” he said.

There were a lot of people that have had a good influence on my life. I will just share one from this job. He is Jerry, our manager. Right now at our work, we have peace and workers become much closer to each other. For me, this team became my second family.

After moving to Minnesota, Petr found work as a house painter. He worked with Russians because he did not speak English and had no time to go to college to get a degree or study English. He felt he was too old to learn English.

“While working as a house painter, all six of my kids were getting their degrees at DCTC,” he said. “During that time, the college had an opening for a maintenance person. We prayed that I would get that job.”

Petr landed the position as a part-time worker, but that was a really hard time for him because he had to work both jobs simultaneously.

“I worked an eight-hour shift at my painting job and then had to go to work at DCTC as maintenance person,” he remembered. “I will never regret that my job here at DCTC will be my last before my retirement.” 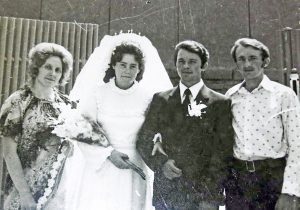 In his free time, Petr enjoys fishing and gardening. He and his wife, Irina, will have been married 40 years in August 2021. They have six children, three daughters and three sons, Ivan, 39, Marina, 37, Andre, 36, Roman, 35, Natalya, 33, and Vera, 32. All told, their kids have given them 15 grandchildren with one on the way. Petr and Irina also have one cat named Dimok.

As it turned out, all six of Petr and Irina’s children studied at DCTC:

Petr, Irina and Dimok reside in Prior Lake, Minnesota.

Two words that best describe your time at DCTC:

What do you like most about your job at DCTC?

What I like most about my job at DCTC is my manager Jerry [Reuter]. With his coming to the role as manager, our team became a family to me. Jerry is very good manager, and he lets us be ourselves, and appreciates us as who we are.

We are laughing constantly, talking to each other, understanding each other. We have a peaceful environment, and it feels like as I am with my own family. I love to work with my coworkers. And the last thing that I love about my job is money. I would never get that amount of money if I were working somewhere else.

Why did you choose operations as your career field?

I met a friend, and he was working as maintenance person at school, and he told me that it is very “clean” job. Compared to my painting job, it is a clean job, and I don’t have to inhale the paint, and work outside in the winter.

I would always have a job, and it will be warm to work during winter freezing days. I had no English to find a better job. I do not regret that I have spent more than 13 years at DCTC.

How has the COVID-19 pandemic impacted your life on the job?

The COVID pandemic impacted our communication style; now we have to wear a mask, and it is hard to see smiles and each other’s facial expressions. It is so hard to know how a person is feeling each day because the face is covered.

Also, there are less people in the building; students are mostly learning online. I don’t see the teachers or students who used to stay that late while we are working.

Words that describe you as an operations professional:
HONESTY. BE PUNCTUAL. DO THE JOB FROM THE HEART.

What are the most challenging and rewarding aspects of your job?

The challenging part of the job is cleaning the toilets; they have to be spotless, but it’s rewarding when I’m finished and people are happy that they’re nice and clean.

Another challenging thing is my limited English. It’s hard to express my thoughts, but somehow my second family manages to understand me, and we can talk to each other and laugh together.

What is one thing every general maintenance worker needs to know?

Do all with heart like you are doing it for yourself.

There were a lot of people that have had a good influence on my life. I will just share one from this job. He is Jerry, our manager. Right now at our work, we have peace and workers become much closer to each other. For me, this team became my second family.

In 20 years, I see my body in graveyard and my soul with Jesus Christ in Heaven, my real home.

Learn more about the Operations department at DCTC by contacting: 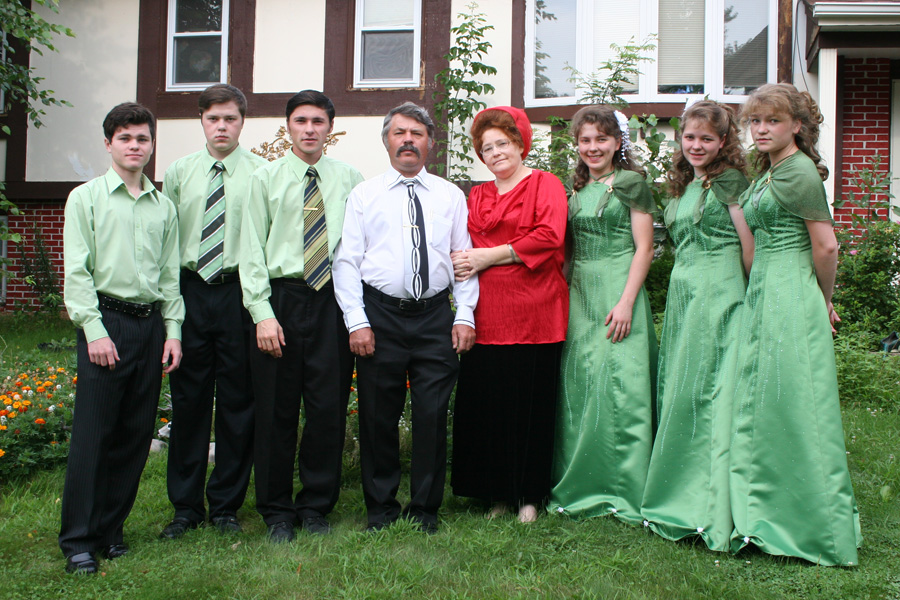