Kelly Boe, head coach of the Blue Knights men’s basketball team at Dakota County Technical College, has announced that he will not return for the 2019–2020 season. Coach Boe has more than 20 years of college coaching experience. His teams won NJCAA District VII and Region XIII championships and advanced to the NJCAA Division II National Tournament during all three seasons he led the program.

“I want to thank all the players and staff for the fun ride we’ve had over the past three years,” Coach Boe said. “Peter Olafeso as interim head coach will do a fantastic job and the program will continue to be successful.”

Kelly Boe served as head coach of the men’s NCAA DII basketball program at Concordia University, St. Paul, before coming to DCTC. He left Concordia as the winningest basketball coach in the school’s history.

Prior to Concordia, Boe held assistant coaching positions at St. Cloud State University (1997–1999) and Minnesota State University Mankato (2001–2003). Between these two NCAA DII stints, Boe had a two-year stop at Madison Area Technical College, where he was an assistant coach before taking over as head coach in his second season.

That WolfPack team won the Wisconsin Technical College League title in the 2000–2001 season and advanced to the region championship. Boe started his coaching career as an assistant at his alma mater, St. John’s University, an NCAA DIII program (1995–1997). 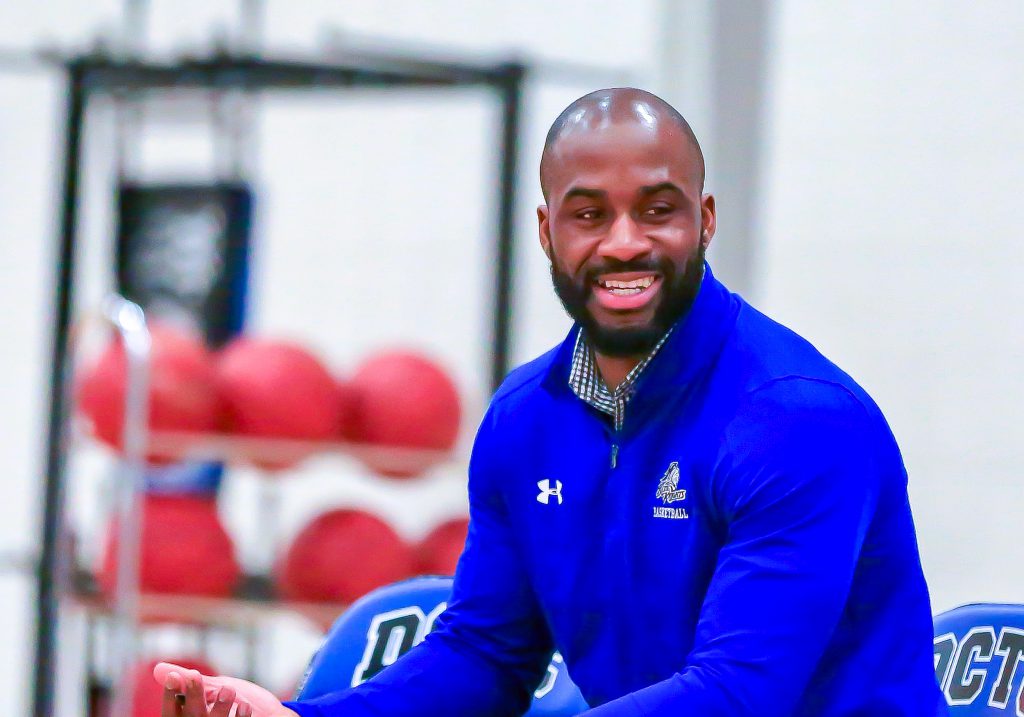 Peter Olafeso has been named interim head coach of the Blue Knights men’s basketball team. Olafeso was the assistant basketball coach during Kelly Boe’s tenure at DCTC. Olafeso started his coaching career at Park High School as a freshman and assistant varsity coach.

Prior to his coaching career, Peter Olafeso was an outstanding basketball player at Minneapolis Community and Technical College (MCTC) and 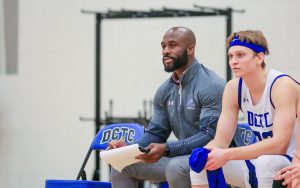 Concordia University, St. Paul. At MCTC, he was an All-Conference, All-State, All-Region and All-Tournament performer, and a key member of the 33–2 national runner-up team.

At Concordia, Olafeso was named Newcomer of the Year; he also made the All-Conference Team twice. Olafeso went on to play in the American Basketball League (ABL) as a shooting guard with the Emerald Coast Knights.

Along with his role leading the DCTC men’s basketball program, Coach Olafeso works at St. Paul Harding High School and serves as director of Rip-City Basketball.

“Coach Peter Olafeso’s professional experience as a player and coach will have a major impact on our college’s student-athletes,” said Jason Obarski, DCTC athletic coordinator.

Learn more about NJCAA athletics at DCTC by visiting GoBlueKnights.com.