Sponsored by Jim Kosmo, the DCTC Bookstore, and the Creative Arts and Writing Club, the competition accepted fiction and nonfiction submissions during the month of March. Works were limited to 500–3,000 words with personal growth as a central theme.

Ronald Mejia, 20, is originally from San Salvador, El Salvador. In 2009, the year Ronald departed his birth country to travel alone to the United States, El Salvador had a population approaching 6 million people. Street gang membership topped 25,000 nationwide with 18th Street and Mara Salvatrucha, or MS-13, the largest and most violent gangs. The homicide rate in El Salvador spiked 37 percent from the previous year, nearing 4,400, or an average of 12 killings per day.

Ronald went on to graduate from Burnsville High School in 2016. While in high school, he formed an archery club with his friends. He enrolled in the Civil Engineering Technology program at Dakota County Technical College and graduated with an Associate of Applied Science (A.A.S.) degree in May 2019. He is looking forward to completing an internship on a survey crew with MnDOT or WSB this fall. Ronald’s career goals are centered on becoming a professional land surveyor.

“I chose the Civil Tech program because I like working outdoors,” Ronald said. “I also like the idea of having a career in engineering rather than construction. The program was a little difficult, but I loved the surveying part.”

Ronald has two sisters, Denessy, 11, and Lizbeth, 10, and one brother, Bruce, 4. Once he gets settled in his job, he is going to buy a dog, either a German shepherd or Newfoundland. In his free time, he is working on improving his skills as a videographer. He also enjoys flying drones; his current drone is a Mavic Air. Ronald resides in Burnsville. 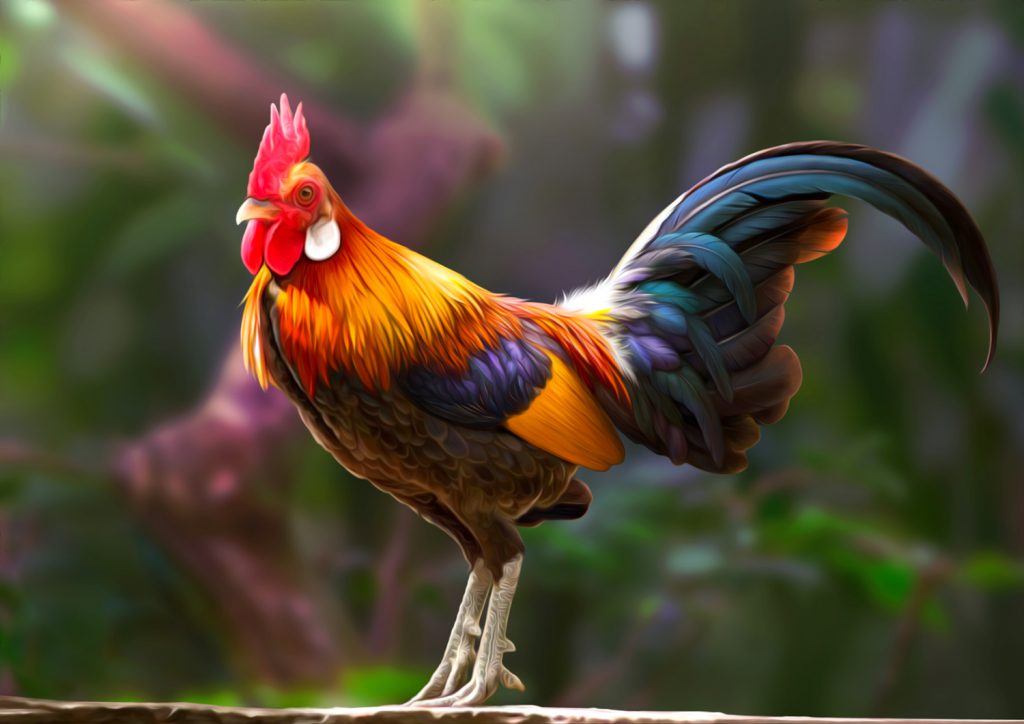 When I was six years old, I found a rickety, tiny building behind my house. The building was dusty and small rays of sunlight fell through the roof. I could see dust flying through the rays of sunlight. Next to the entrance was a little nest made with dried grass; feathers rested all around it. Inside the nest were six, reddish-brown, unhatched baby chicks. This is how I met my best friend, a rooster.

Out of the nest, I picked one of the smallest, perfectly formed eggs. The egg fit perfectly on the palm of my six-year-old hand. The shell felt soft and was not as rough as the other eggs. I remember being able to see the chick inside the egg just by holding it next to a beam of light. I could see the eyes and body form. The chick looked like a baby human fetus with its tail and back curling up. I supposed that the difference between the chick and a human fetus was that he was in a shell made of calcium instead of a mother’s womb.

I checked on my egg every day after school. I would rush home right when the bell rang. At that age, I lived in El Salvador, a small country in Central America. My school was very far from home, but the excitement I had to see the eggs hatch meant that did not matter. 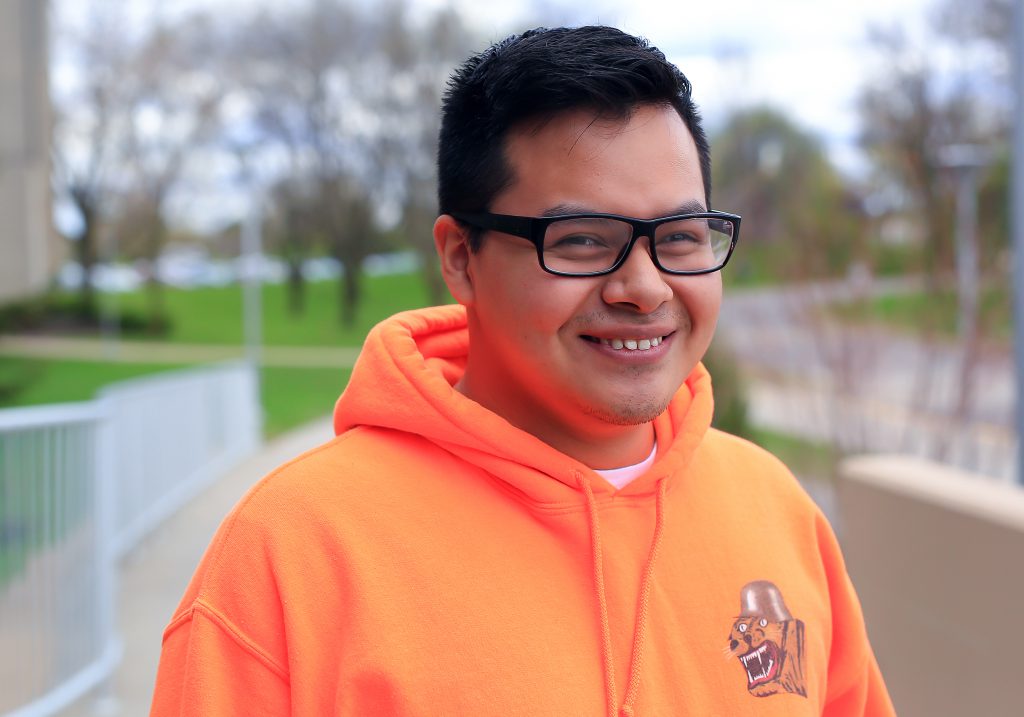 What is one thing every writer should know?
You don’t need to be a professional to be a writer. Everything begins with free writing. Just let your pencil do the work.

What is your favorite writing form?
Short story

What do you like best about writing?
I can express my point of view.

Three words that describe you as a writer:
VERY. EMOTIONAL. WRITER.
(I write from past experiences.)

Who is your favorite author?
Drew Wagar

What advice would you give students thinking about improving their writing skills?
Always carry a notepad with you. You never know when you will get a great idea to talk about.

What is your greatest strength as a writer?
I don’t have a particular strength. I feel a little unbalanced when I write. But if I have to pick one, it would be storytelling.

Where do you see yourself in 20 years?
I can see myself out in the field either flying a drone over a worksite or doing a land survey here in Minnesota.

Capt. Jim Kosmo is winner of sixteen national book awards and a two-time national Editor of the Year. In 2010 he retired as a Mississippi riverboat pilot and partner with the Padelford Riverboat Co., of St. Paul, MN and returned to writing. He wrote the national-award-winning Still Standing: The Story of SSG JohnKriesel, a motivational memoir about a Minnesota National Guard soldier who was very seriously injured in Iraq and helped Lt. Col. Mark Weber self-publish “Tell My Sons” which was then acquired by Random House. In 2017 he published Monsters in the Hallway, an international “best fiction” award winning mystery novel based largely on his own life growing up in a single parent family in Eau Claire, WI during the 1950s. 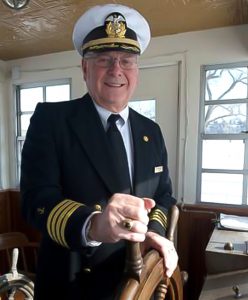 He was a military journalist with the U.S. Air Force before returning to civilian life to serve as a crime reporter in Las Vegas (NV),managing editor of a chain of suburban newspapers in Minneapolis-St. Paul (MN),and public relations executive with Campbell-Mithun Advertising, Twin Cities Area Metropolitan Transit Commission, and American Medical Association(Chicago). He joined the family business, Padelford Riverboats, as president in 1980.

Kosmo is past president (2013-14) of the Rotary Club of St.Paul, business representative on the Minnesota National Guard Senior Advisory Task Force, past chair of the Rivers Division of the National Passenger Vessel Association, and former mayor of Bayport, MN.

In 1994, Kosmo attended the Houston Maritime Academy in New Orleans, LA following a three-year navigation training program and was licensed by the U.S. Coast Guard to operate hundred-ton commercial passenger vessels as a U.S. Merchant Marine officer. He graduated from Metropolitan State University in Journalism, studied for an MBA at the University of St. Thomas, and became an Accredited Member of the Public Relations Society of America.

Kosmo and his wife, Shelley, have a blended family of eight adult children and twelve grandchildren. He resides in Bayport.

Visit Jim Kosmo to learn more about this Minnesota author and his books, including Monsters in the Hallway and Still Standing. 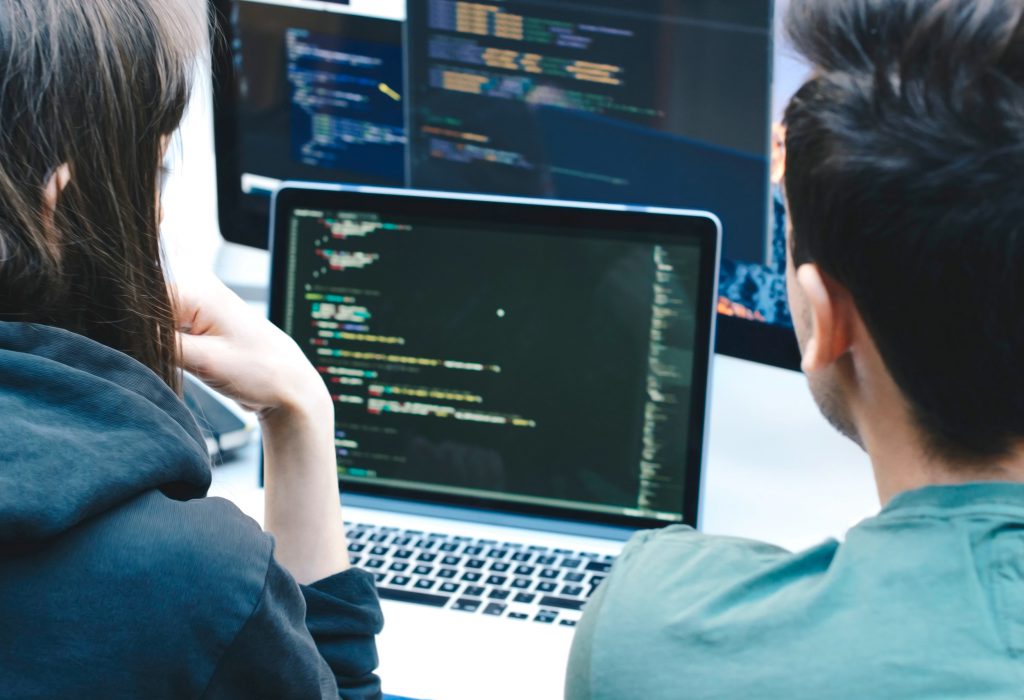 That day nobody else could ever understand that I was stuck in a brutal reality. I woke up at five in the morning and came to school sluggishly. Next, I was still waiting tirelessly for the instructor after 6:30 a.m. Wait, the instructor was not there in class plus my partner was not there, either.

When I walked out, I was a zombie—broken legs, bruised purple cracked skin, and a full mouth of blood—a zombie who cripples among the dead.

The project could not go any further without my partner, so I came to school early for nothing. What was more, the next day would be the final day to submit the final project.

I would fail the course for sure if the project could not be done on time. That day was a ruthless thunderstorm to me—it felt like the end of the world. 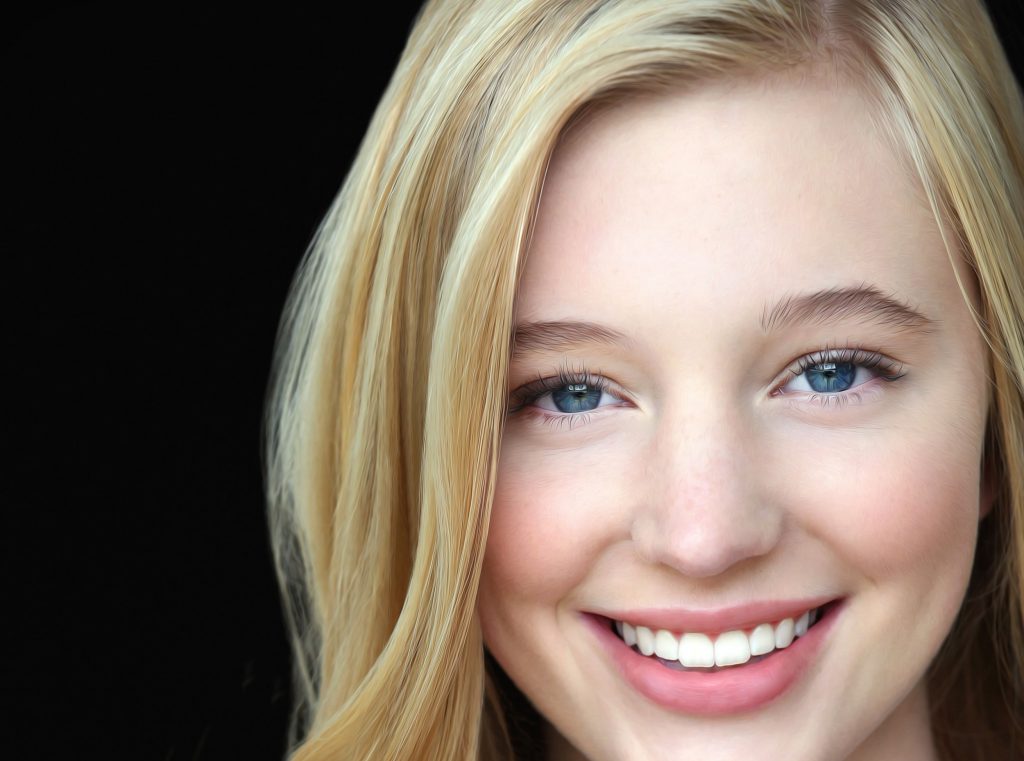 From underneath the belly of the truck, my eyes were drawn to the taller woman with the waterfall of curls down her shoulders. A feeling of self-consciousness and embarrassment washed over me as I realized my hands were full of grease and my clothes were dirty from rolling across the pavement.

I found myself looking at her while exchanging words with the group. She had an open face, a personality that invited me in. I wanted to know her better, but the practical side of me knew that would likely never happen. 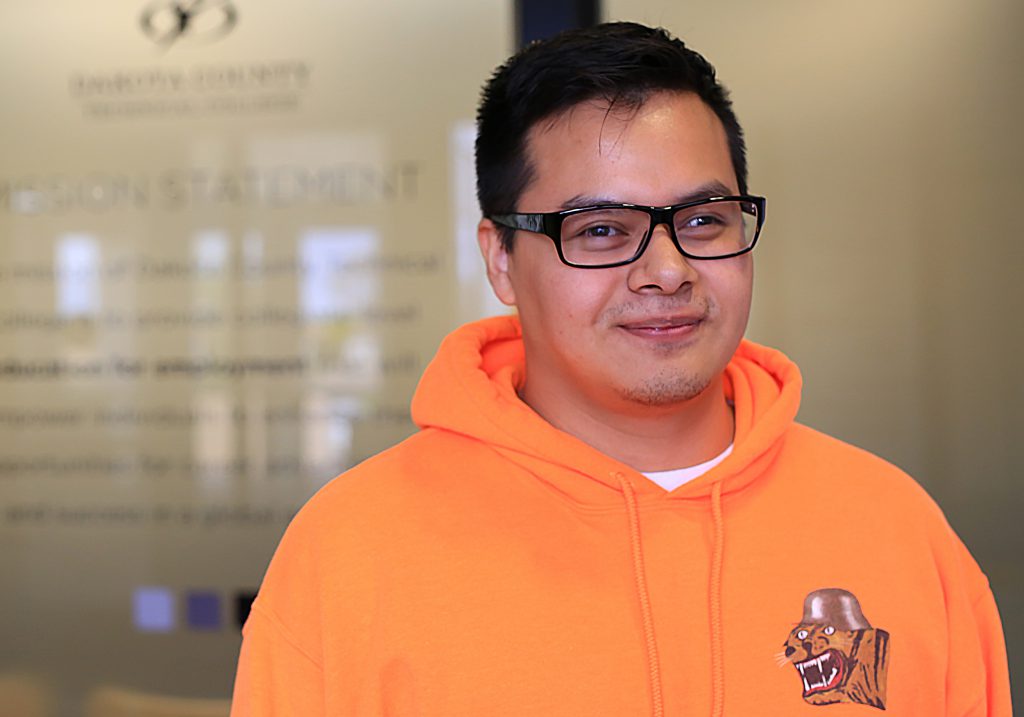 Learn more about English courses and the Student Writing Competition at DCTC by contacting:

Learn more about Philosophy courses and the Student Writing Competition at DCTC by contacting:

Learn more about Civil Engineering Technology at DCTC by contacting:

Learn more about the DCTC Foundation by contacting: