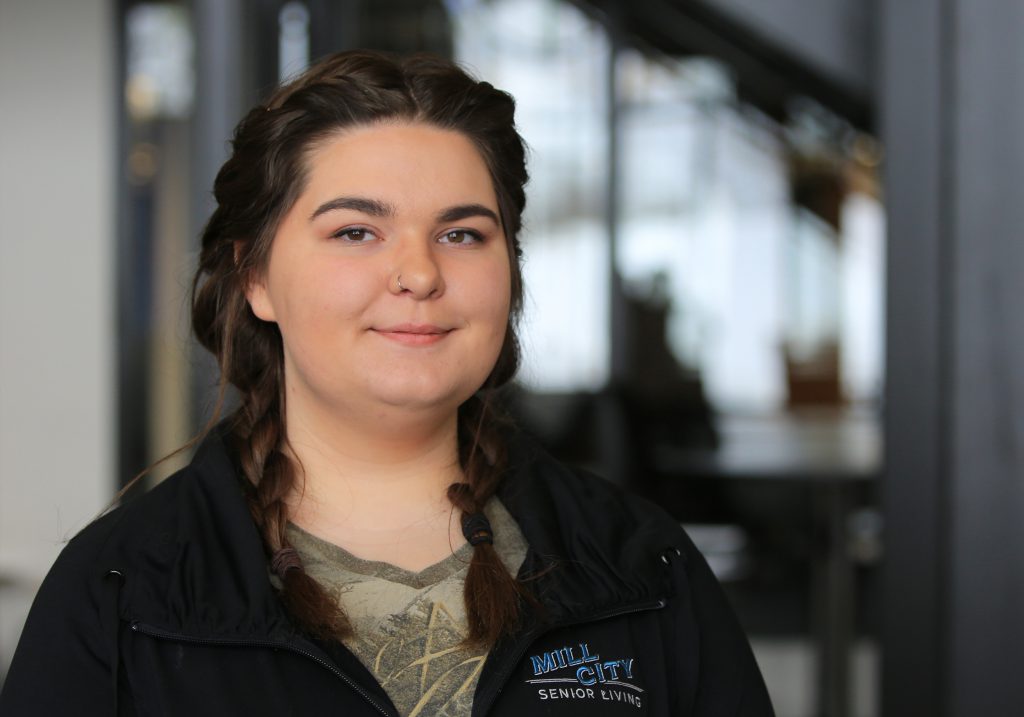 Originally from Faribault, Minnesota, Cassy Kubal, 18, signed her National CTE Letter of Intent to enroll in the DCTC Veterinary Technician program for fall semester 2019 to earn her Associate of Applied Science (A.A.S.) degree.

Cassy is a senior at Faribault High School and will graduate this May. She works 25 hours a week at CNS Vending in Faribault while going to school. She is also a member of the 1st United Bank Junior Board of Directors. She is looking forward to starting a career as a vet tech when she graduates from DCTC in fall 2021.

“I grew up around animals and I’ve always loved them,” Cassy said.

When she’s not studying and working, Cassy loves to be outdoors. She hunts deer, pheasant, quail, wild turkey and black bear. She also fishes for walleye, northern pike and crappie. She has one sister, Ariel, 19. 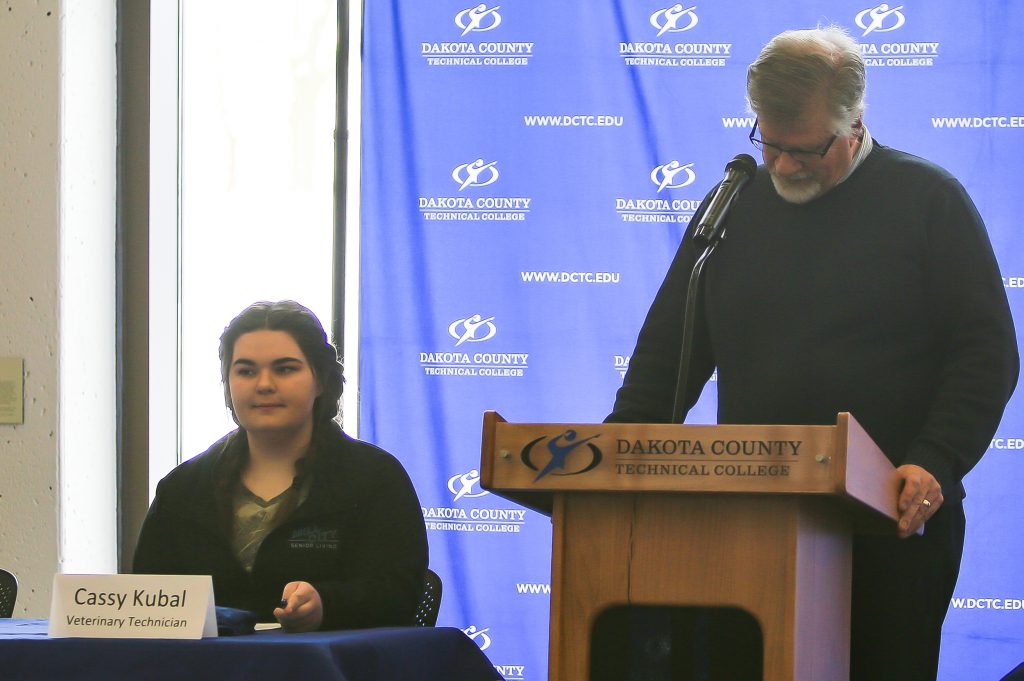 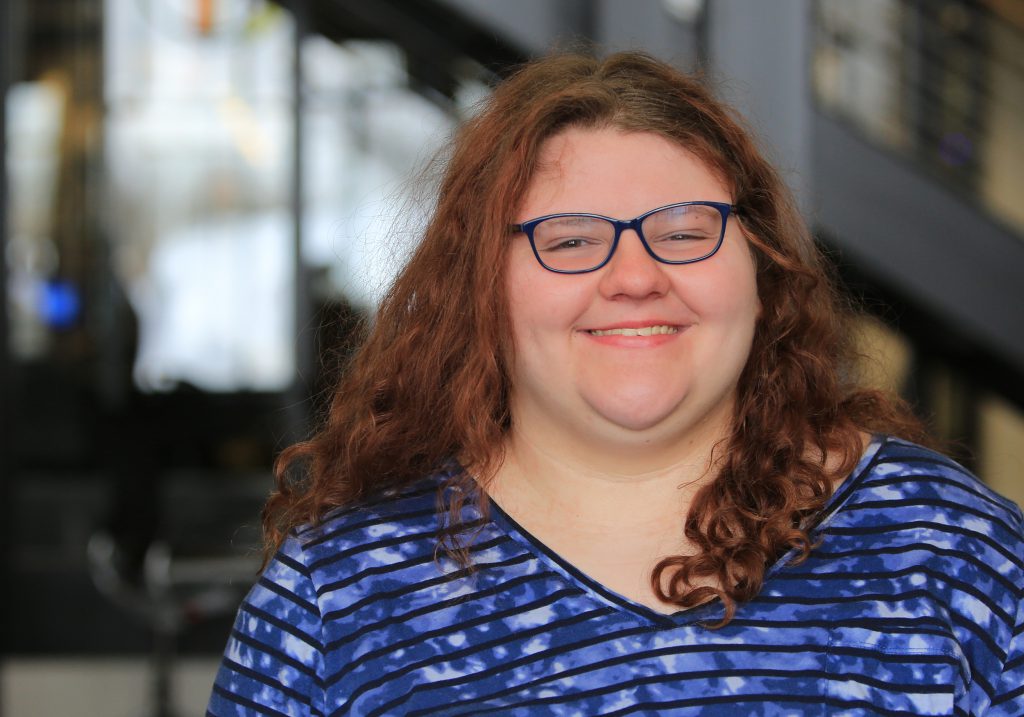 Rebecca Nicholson, 17, signed her National CTE Letter of Intent to enroll in the DCTC Graphic Design Technology program for fall semester 2019 to earn her Associate of Applied Science (A.A.S.) degree.

A native of Lakeville, Minnesota, Rebecca is a senior at Farmington High School and will earn her diploma in May of this year. She is a member of the Blazing Cat Cheerleading Team. Her goal after graduating from DCTC is to become a graphic design specialist for a professional sports franchise.

“I like being creative and getting involved with technology,” Rebecca said. “I like how I feel after finishing a project. I took Graphic Design 1 in high school and learned how to use the software.”

She has two dogs, Lily, a Chihuahua/terrier mix, and Trixie, a Yorkie/Shih Tzu mix. Lily is seven and Trixie is six.

When she’s not studying or working, Rebecca enjoys playing videogames. Two of her favorite games are MLB: The Show and Call of Duty. She has two younger brothers, William, 15, and Asher, 11. 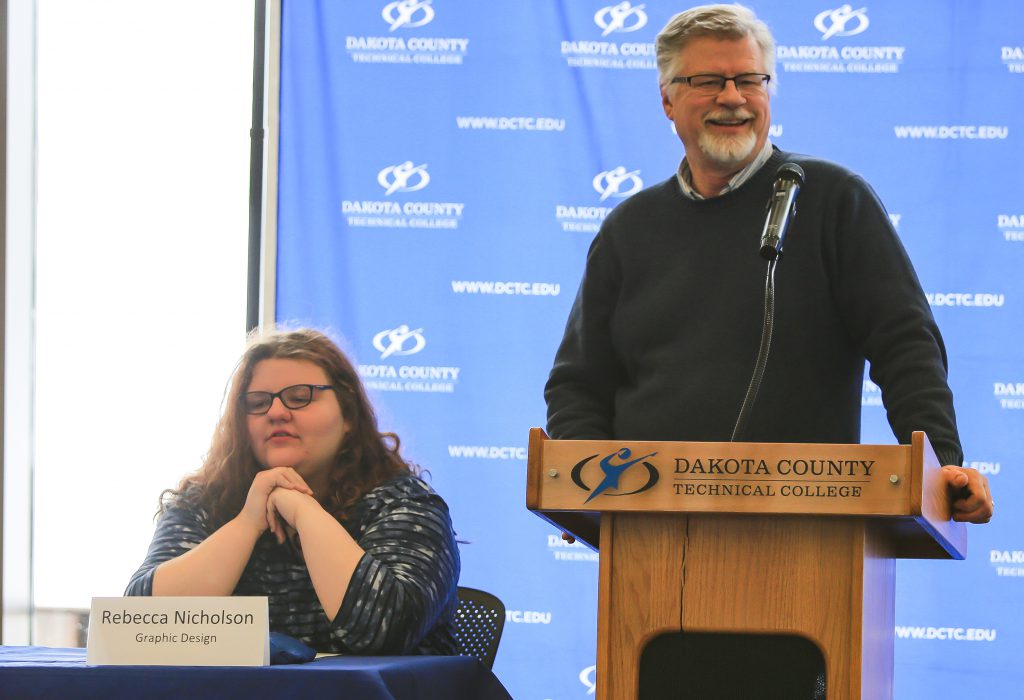 Phase II requires $7.59 million in state funding Thanks to a successful $7.23 million state bonding request in 2012, Phase I of the Transportation &…