Quentin Gifford died at Pearl Harbor; his remains are buried with honors at Fort Snelling after 76 years

During the 2015 Dakota County Technical College Commencement Ceremony, Harold Gifford, at the time 91 years old, received an Honorary Doctorate of Humane Letters from the college for his accomplishments and his commitment to lifelong learning. The story was originally published on DCTC News in June 2015.

Harold is a U.S. Army Air Corps veteran of World War II. During the war, his brother, Quentin, was killed aboard U.S.S. Oklahoma during the Japanese surprise attack on Pearl Harbor.

Quentin’s remains were finally identified and returned to Minnesota 76 years later this past May. A number of area news outlets covered the story, including the Pioneer Press and Star Tribune. You can learn more about Harold and his brother by reading the Pioneer Press article linked below as well as a June 2015 DCTC News article, which was recently republished and is also linked below. 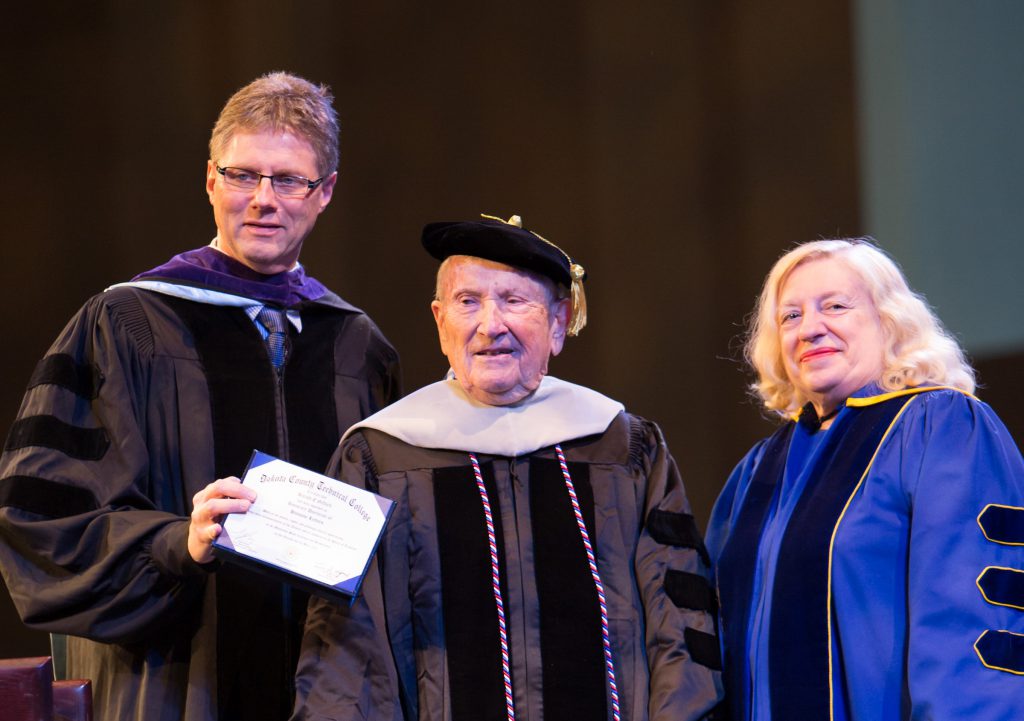 The following article was published by the Pioneer Press May 11, 2018:

It took only an instant for Quentin Gifford to be killed.

But it took more than 76 years for him to come home.

“I think today, in the afterlife, he would be pleased,” said Harold Gifford of Woodbury, who will be watching when his brother’s remains are finally interred at Fort Snelling National Cemetery Saturday.

Quentin Gifford was a 22-year-old sailor who died when Japanese forces attacked Pearl Harbor in 1941. The U.S. Navy recovered the bodies of the casualties but could never identify them—until they used DNA testing in 2016.

Now, Gifford will be buried with honors, alongside his fellow veterans. Questions that have nagged his family for two generations have been answered, and his brother and sister feel a sense of peace.

“I am so glad he’s back where he belongs,” said his sister, June Shoen of Warroad. “They told us we could put something on his grave marker, something in 15 spaces. Read more…

For more Star Tribune photos from the ceremony, please click the image below: 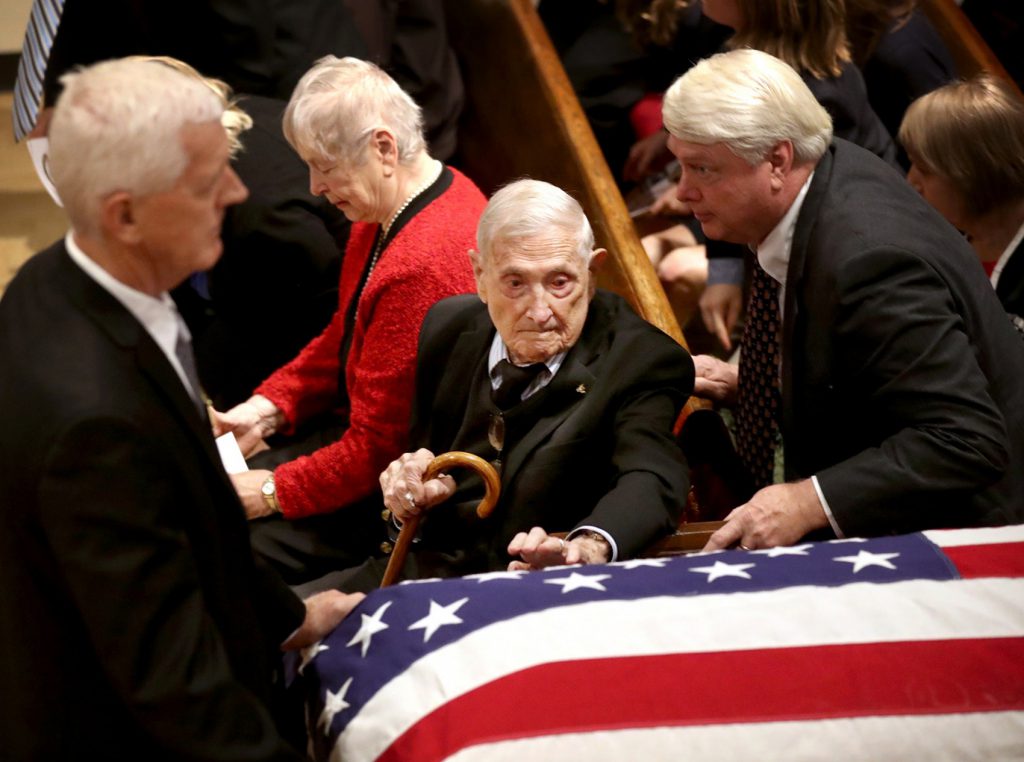 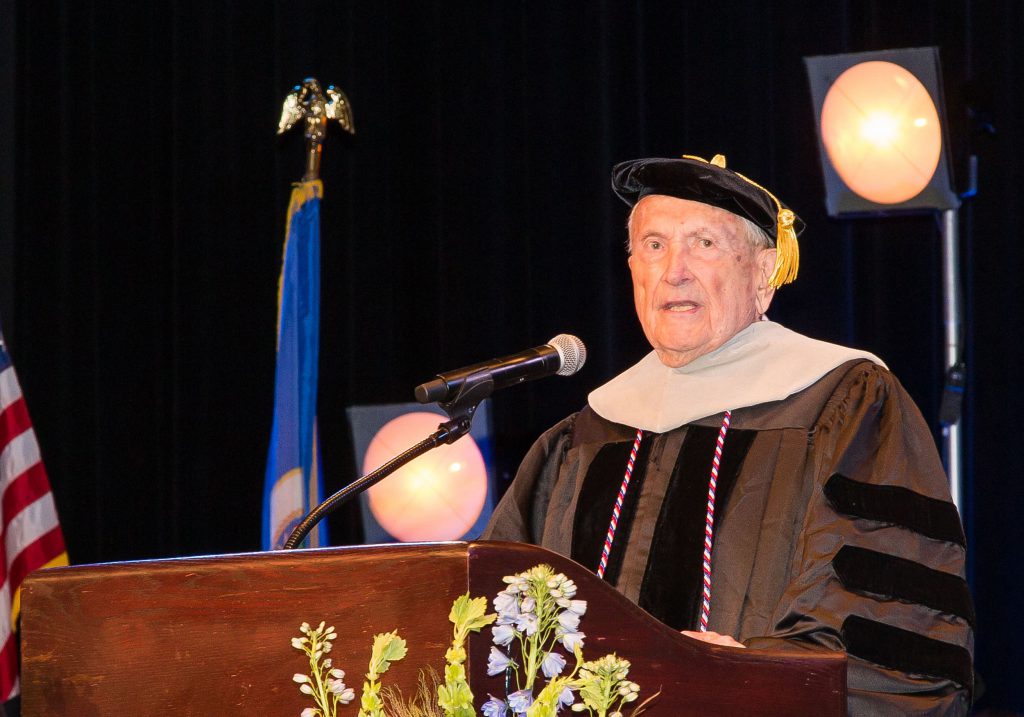 They will be remembered as the “Greatest Generation,” a term coined by NBC Journalist Tom Brokaw to celebrate the women and men who grew up in the United States during the Great Depression and then went on to fight in World War II. Lieutenant Colonel Harold E. Gifford, USAF, retired, a 91-year-old WW II veteran, exemplifies the very best of his generation.

During the 2015 Commencement Ceremony at Grace Church on May 15, in Eden Prairie, Minnesota, Dakota County Technical College recognized Harold Gifford with an Honorary Doctorate of Humane Letters for his commitment to lifelong learning. Harold’s hard-earned knowledge and experience represents the pinnacle of attainment for students engaged in earning Credit for Prior Learning (CPL) at the college.

Among his many accomplishments and commendations, Harold became a U.S. Air Force officer without a high school diploma or college degree. He was a first lieutenant when he was honorably discharged from the Air Force (then the U.S. Army Air Forces) in 1946. He was later promoted to lieutenant colonel for meritorious service when he was discharged from the U.S. Air Force Reserve in 1972. Read more…