They will be remembered as the “Greatest Generation,” a term coined by NBC Journalist Tom Brokaw to celebrate the women and men who grew up in the United States during the Great Depression and then went on to fight in World War II. Lieutenant Colonel Harold E. Gifford, USAF, retired, a 91-year-old WW II veteran, exemplifies the very best of his generation.

During the 2015 Commencement Ceremony at Grace Church on May 15, in Eden Prairie, Minnesota, Dakota County Technical College recognized Harold Gifford with an Honorary Doctorate of Humane Letters for his commitment to lifelong learning. Harold’s hard-earned knowledge and experience represents the pinnacle of attainment for students engaged in earning Credit for Prior Learning (CPL) at the college.

Harold served as commander of the 96th Airlift Squadron, the Flying Vikings, at Minneapolis-St. Paul ARS. He was a flight instructor with command pilot status and an advocate for veteran tuition assistance. He also received multiple Air Force commendations and citations. As a civilian pilot, Harold managed an air charter service, served as chief pilot for two large corporations, flew crop dusters, jets and helicopters, and earned an Airline Transport Pilot License (ATPL).

Harold branched out into numerous areas beyond aviation, including such pursuits as:

Harold wrote and published The Miracle Landing, the true story of how the Minneapolis Lakers almost perished in an Iowa cornfield during a January blizzard. The book is Harold’s account as co-pilot of the night flight the former NBA basketball team took from St. Louis, Missouri, to Minnesota in 1960.

“Flying is a serious business,” Harold reported. “Enthusiasm and ability to perform and achieve are based on knowledge and experience; one can never have too much knowledge.”

Harold credits his quest for knowledge to his brother, Quentin. At home on leave from the U.S. Navy, Quentin encouraged Harold to return to high school after he dropped out to work on a dairy farm. The two brothers agreed that when Quentin was out of the Navy they would find a way to attend college together. Harold went back to high school in 1940 after Quentin returned to U.S.S. Oklahoma, a Nevada-class battleship berthed at Pearl Harbor.

Quentin died along with 428 other crew members when Japanese torpedoes destroyed the warship. The following year, Harold enlisted in the U.S. Army Air Corps. He finished cadet training to become a pilot and officer. He went on to serve as a fighter gunnery instructor in Texas and as a pilot engineer on a B-29 Superfortress in the South Pacific.

“Harold Gifford is a one of a kind individual,” said DCTC Interim President Tim Wynes, who presented the honorary degree to Harold during the commencement ceremony. “Harold’s passion for learning gave him the power to have a wonderful career as well as opportunities to see the world. His service to our country didn’t ended with his discharge from the military, but continues to this day. He advocates for veterans and their education into his ninety-first year. Harold Gifford honors DCTC and MnSCU by accepting the college’s Honorary Doctorate of Humane Letters.”

Harold and his wife, Carol, live in Woodbury, Minnesota, and have six grown children, 15 grandchildren and 13 great grandchildren.

You can also read:
Harold Gifford Welcomes His Brother Home on DCTC News. 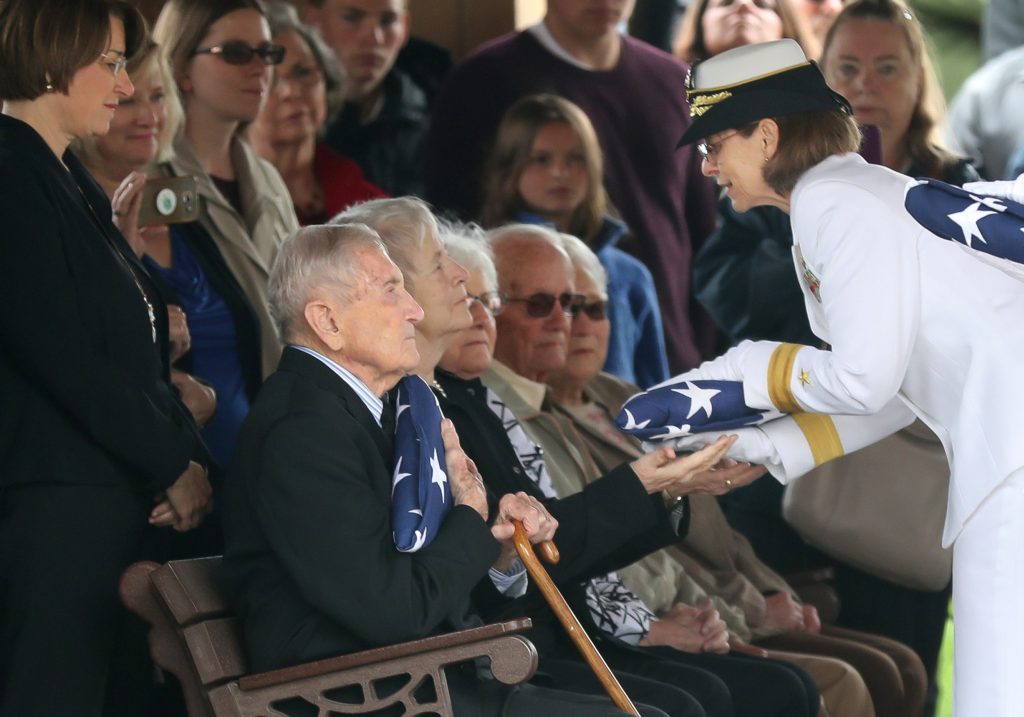 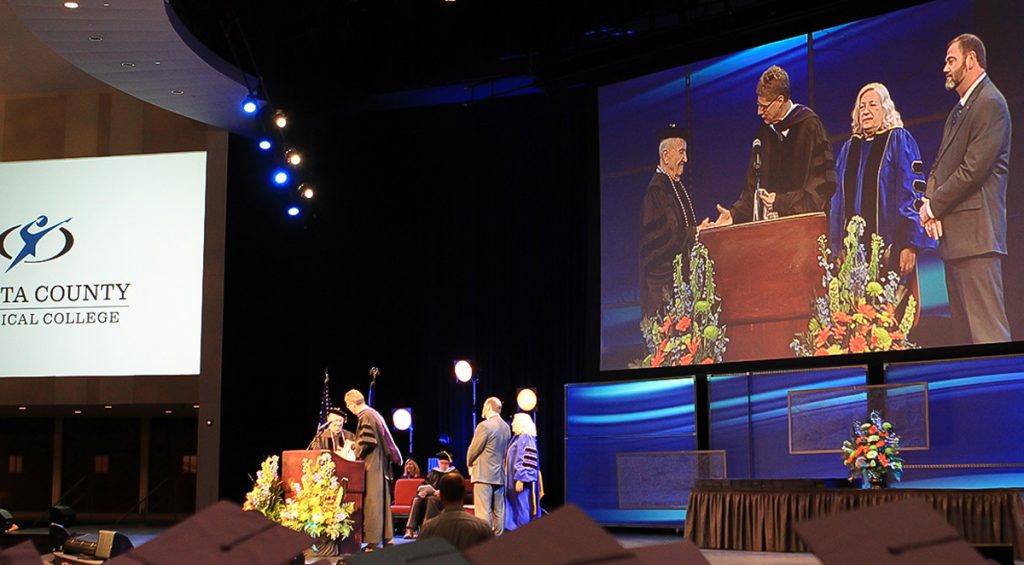