The Board of Trustees of Minnesota State Colleges and Universities has named Michael Berndt to serve as interim president of Dakota County Technical College (DCTC) and Inver Hills Community College. The appointment becomes effective July 1, 2018, and is for a one-year term. The search for a permanent president will begin this fall. 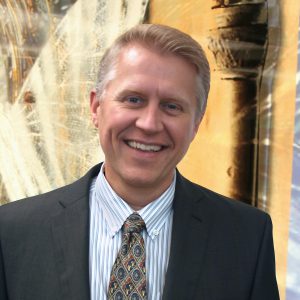 “Michael Berndt will bring to both colleges the same inexhaustible capacity for hard work that has served him so well as vice president at Century College,” said Devinder Malhotra, chancellor of Minnesota State. “He will partner with faculty, staff, and the executive teams on each campus to position the colleges for the transition to a new president.”

Berndt has served Minnesota State for 18 years in several capacities including as faculty member, dean, and executive leader. In his current role, he has served as the vice president of Academic Affairs at Century College since 2014.

Previously, he served Normandale Community College as the administrator overseeing research, planning, accreditation, and online learning from 2008 to 2014. He was a full-time English instructor at Normandale from 2000 to 2008 and the English Department chair from 2002 to 2004. He holds a bachelor’s degree from the University of Minnesota Morris and a master’s from Southern Illinois University at Carbondale.

DCTC and Inver Hills have operated under a shared presidency since 2015, although they retain their separate identities, separate budgets, and separate accreditation.

Dakota County Technical College provides collegiate-level education for employment that empowers individuals to enhance their opportunities for career advancement and success in a global economy.

DCTC’s entrepreneurial, forward-thinking approach to education for employment means being responsive to evolving demographic and industry needs, with a commitment to developing new or redesigning existing programs to better meet the needs of both employers and students.

From partnerships to resource alignment, DCTC works with stakeholders to discover their needs while ensuring the 21st century workforce is prepared for not just a job, but also a career.

Inver Hills Community College is dedicated to the power and promise of education, and inspires students to build careers and strengthen communities. Founded in 1970, Inver Hills provides an affordable education that allows graduates to transfer to a four-year college or university or enter directly into the workforce.

As one of the premier two-year liberal arts institutions in Minnesota, Inver Hills continues to be a leader in developing the talent pool required by local business and industries to strengthen the state economy in an ever-changing global marketplace.

Minnesota State includes 30 community and technical colleges and seven state universities serving approximately 375,000 students. It is the fourth-largest system of two-year colleges and four-year universities in the United States.