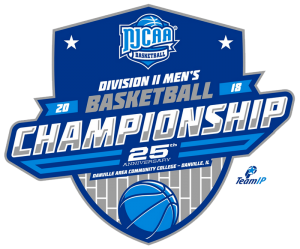 The Knights were District VII champions in 2017, beating the CCC Raiders 68–65. DCTC also took home the district title in 2016, rolling over the Southeast Community College Storm 93–76. The team advanced to this year’s district championship game by winning the Region 13 Championship, besting the Dakota College at Bottineau Jacks (19–12) 104–99 in overtime Sunday, March 4, 2018.

Head Coach Kelly Boe reported that the Blue Knights put together a strong performance against Central Nebraska in the District VII championship game. (For game details, see the Box Score.)

“We are playing our best basketball at the right time of the season,” Boe said. “We are looking forward to returning to the DII national tournament in Danville.”