Minnesota State extended invitations to female college students to attend the 2018 NFL Women’s Summit, In the Huddle, at the Pantages Theater in Minneapolis, Minnesota. Three students from Dakota County Technical College, Stephanie Spano, Priscilla Crocker and Nicole Evridge, joined 300 women from across the state Friday, February 2, 2018, to participate in the event, which was held in conjunction with Super Bowl LII in collaboration with the Minnesota Super Bowl Host Committee and the Minnesota Vikings.

The event brought together leaders from Minnesota colleges and universities as well as members of the NFL Football community, who gathered to listen to accomplished role models celebrate the positive influence women have on football, business and society. NFL fans followed live social media coverage of the 2018 NFL Women’s Summit on Twitter via the NFL’s @SuperBowl handle while joining the conversation across platforms with #NFLWomensSummit. 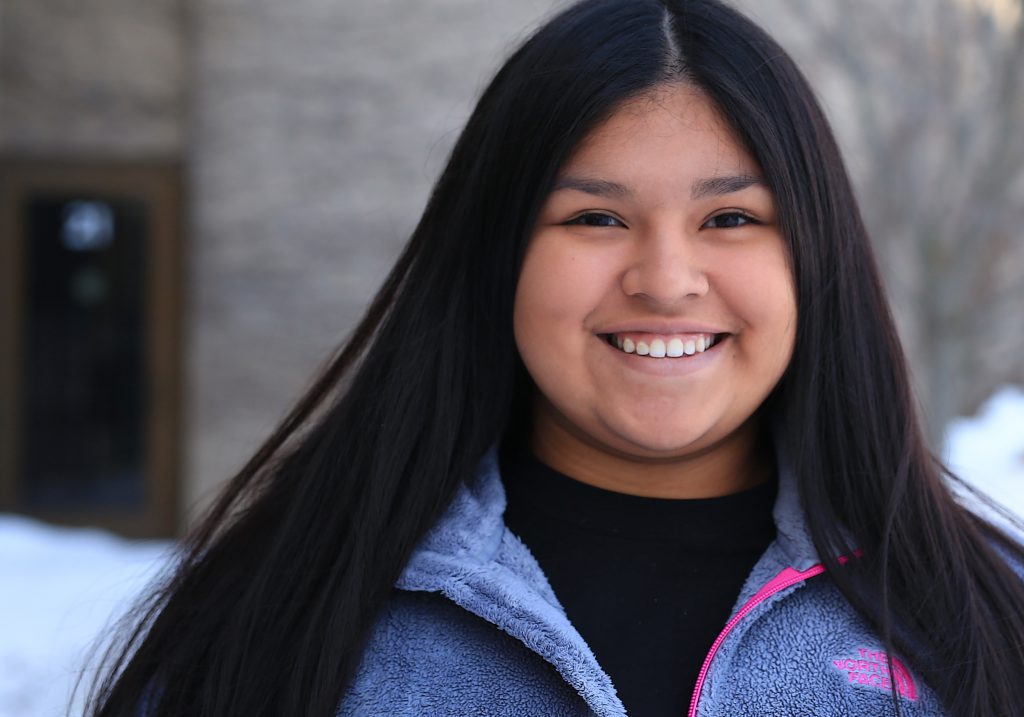 Stephanie Spano, 19, of Woodbury, Minnesota, is originally from Guatemala City, Guatemala. Stephanie was 9 months old and residing in an orphanage when she was adopted by a Minnesota couple, Don and Cindy Spano. Her new father headed the Railroad Conductor Technology program at DCTC.

Today, Stephanie is earning her Associate of Applied Science (A.A.S.) degree in Exercise & Sport Science at DCTC. She plays defender and occasionally goalkeeper for the Blue Knights women’s soccer team. She is a also a member of the Phi Theta Kappa Honor Society.

A graduate of Woodbury High School, class of 2016, Stephanie earned eight varsity letters over a span of two years as a cheerleader and manager of the boy’s wrestling team. She began playing soccer at age 7 or so, and soon excelled as a defender and goalkeeper, but she put her playing days on hold in 10th grade only to rediscover the sport when she enrolled at DCTC.

“I came to a Tuesday Campus Visit and my future Exercise & Sport Science instructor, Sara Woodward, found out I played soccer when I was younger,” Stephanie said. “She introduced me to the assistant women’s soccer coach, Chris Peterson, and he invited me to come watch a practice and I ended up joining the team. I am so happy I did. I love soccer.”

Three words that describe you as an athlete:
AGGRESSIVE. DILIGENT. DEDICATED.

During an October away game in the 2017 soccer season, Stephanie was playing midfielder when she tore the anterior cruciate ligament (ACL) in her knee. She eventually had surgery and she’s five months into the recovery process.

“I remember taking a sideways step and I felt a pop in my knee you could actually hear,” Stephanie said. “Other players heard the pop, too. The player on the opposing team closest to me said something like, ‘I didn’t even touch her.’ I didn’t feel any pain when my ACL tore, but I was in a lot of pain pretty fast after that.”

Stephanie does therapy every day and will be ready to play her second season with the Blue Knights in 2018. Practice starts in midsummer and the season opens in late August.

“The NFL Women’s Summit was so empowering. I was given the opportunity to hear stories of how it was challenging for women to work their way up in the NFL.”
— Nicole Evridge, Marketing Design Major, DCTC Campus Lions Club President, U.S. Coast Guard Veteran

Stephanie reported that her composition instructor, Susan Farmer, recommended her to represent the college at the 2018 NFL Women’s Summit. Anna Voight, associate director of student life, followed up on the recommendation and arranged for Stephanie and two other DCTC students to attend the event.

“I came to the summit not knowing what to expect,” Stephanie said, “but the speakers turned out to be really interesting. It was awesome to listen to the women’s panels talk about their jobs. They don’t think of themselves as women in a man’s world. If they worked in the NFL like Michele Tafoya, they said they felt like they were part of the league.”

Stephanie added that she was impressed by the how strong and competent the women felt in their jobs. One thing she took away from the summit was the idea a woman won’t get the job she wants unless she puts herself out there.

“You just have to go for it and you’ll find you can do the job just as well or better than a man,” she said. “I was very motivated listening to their stories about how and where they started in their careers and how they overcame adversity.”

Three words that describe you as a college student:
PERSISTENT. PUNCTUAL. INQUISITIVE.

Her transfer plans for after DCTC are centered on earning a B.A. in Biokinetics at Bethel University in St. Paul, Minnesota, with the longer-range goal of obtaining her M.S. in Athletic Training. Her career plans lead to a position as an athletic trainer at a high school or college.

“I have always been involved in sports and I’ve had great experiences with athletic trainers,” Stephanie said. “I didn’t learn until after I had settled on my future career that my grandfather, George Spano, was a well-known athletic trainer at Hamline University and with the Minnesota Vikings. He died before I got the chance to meet him.”

When she’s not working, playing soccer or studying, Stephanie enjoys watching reality TV. She also likes to cook and each week prepares all her lunches and dinners in advance. She has three married sisters, Ali, 40, a social worker, Vanessa, 31, an online high school teacher, and Lisa, 28, a health care coordinator. She also has two nieces, Eila, 14, who’s into dance, and Alicia, 8, “who’s not into anything just yet.”

Stephanie is very interested in returning to Guatemala one day to see what her birth country is like and find out more about her biological family.

“I would probably go with my sister, Ali,” she predicted. “Her husband is from Mexico and she would like to visit countries in Latin America. I know from my adoption documents that I have three siblings, but I don’t know anything about them. Meeting them and seeing Guatemala is definitely in my future one day.” 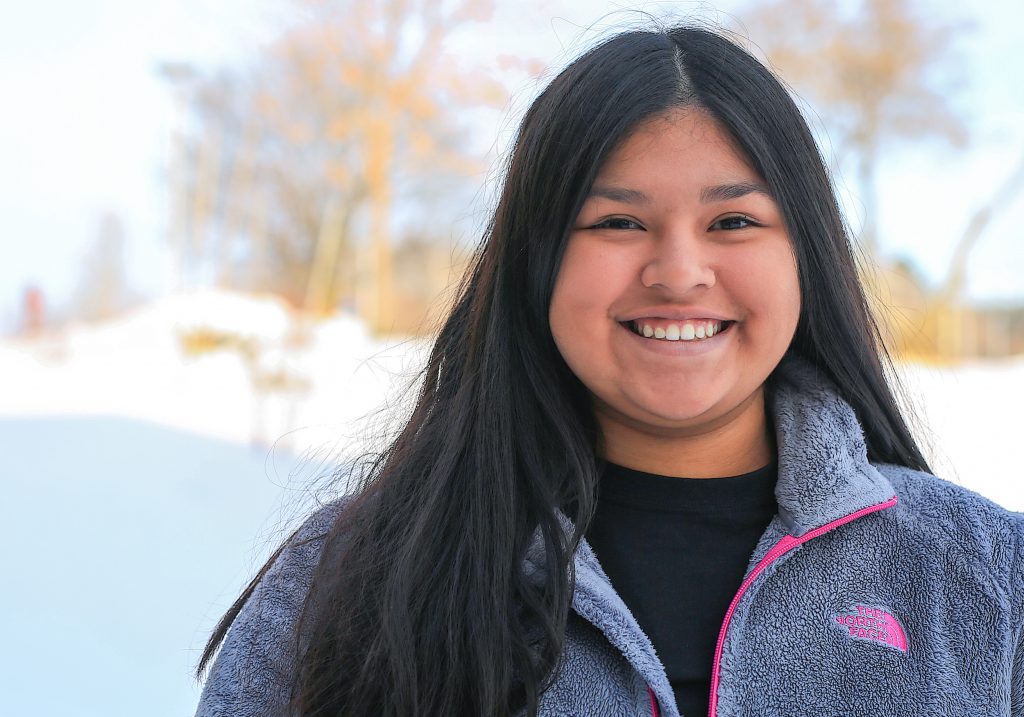 What has been your toughest challenge in life?
Going to college.

What is your greatest accomplishment?
Earning eight varsity letters in high school in two years.

What person has influenced you the most in life?
My sisters for sure.

When did you start playing soccer and why?
My mom got me involved with soccer when I was a little kid and I ended up falling in love with the sport.

What do you like best about soccer?
I joined the soccer team because I missed playing and they needed players. I love it because not only do I get to meet new people, but soccer is also just a fun sport overall. You create a bond with your teammates and it has been really awesome to hang out with them and get to know each other more.

What’s your favorite soccer memory so far?
Our goalkeeper got hurt during a game and our head coach, Jason Obarski, remembered that used to play that position. He asked me if I wanted to give it a try and I told him I always carried by goalie gloves in my bag just in case.

Why did you choose DCTC as your college?
My dad worked there at the time and I thought DCTC would be a good place to get my general eds out of the way and still have time to work and coach. 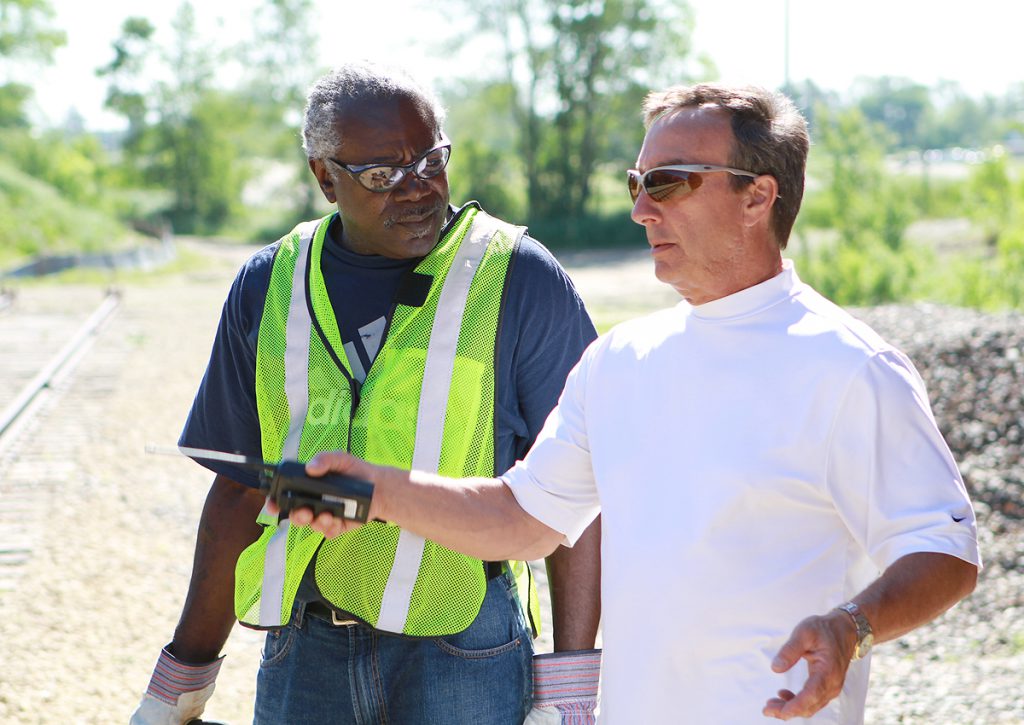 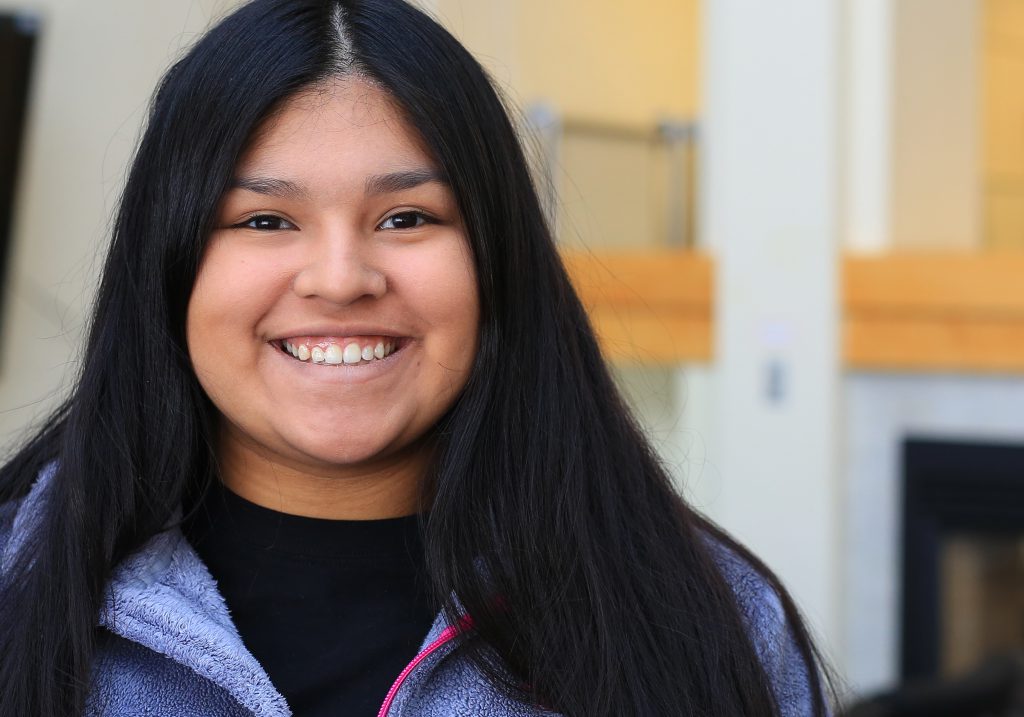 To learn more about Exercise & Sport Science at DCTC, contact: 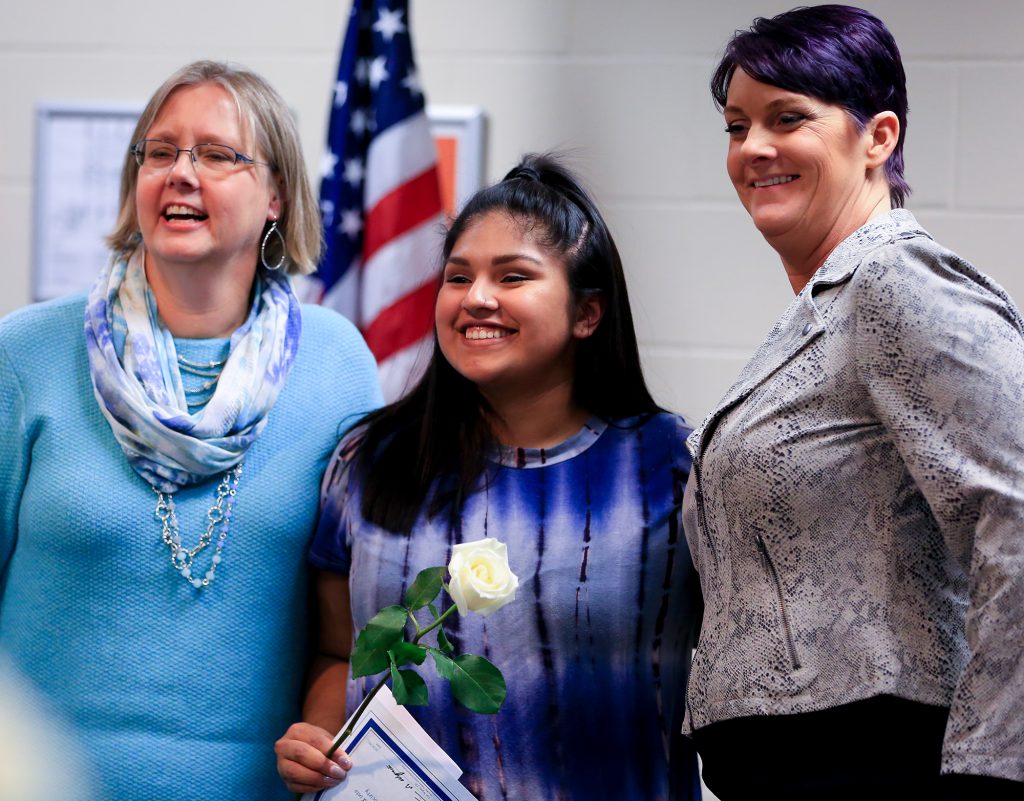 DCTC Foundation Board member contributes to Rx for Success Ann Byre, PharmD, vice president of pharmacy services at Allina Health and a member of…