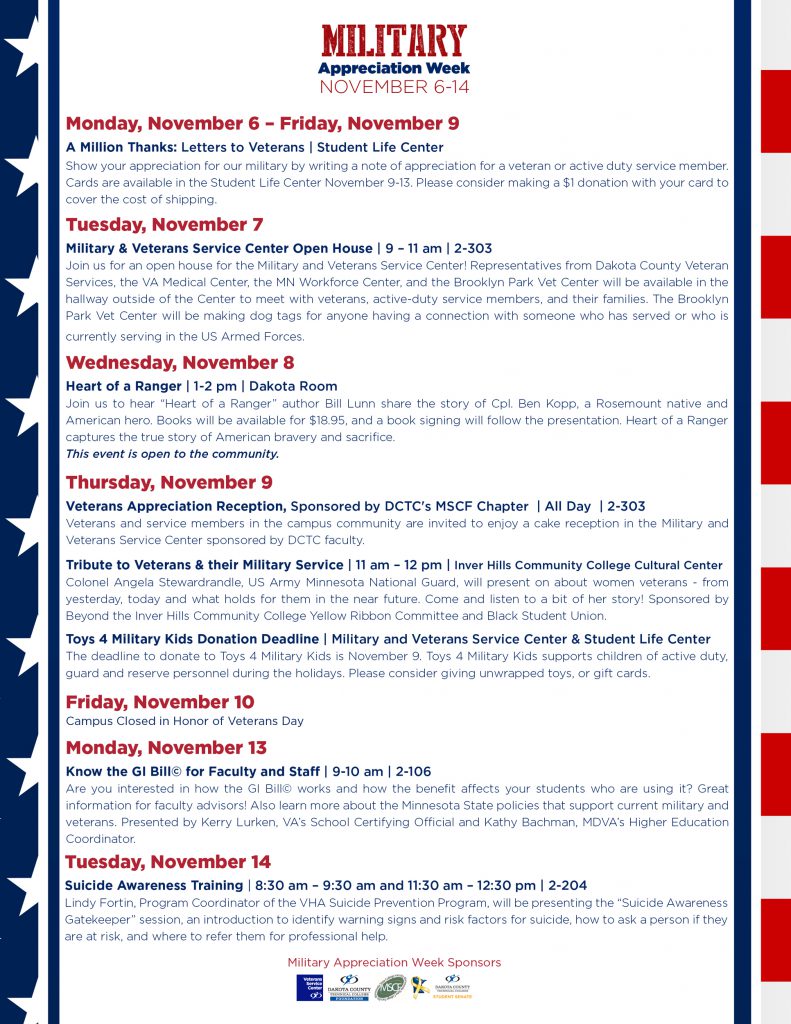 To learn more about Student Life and Military Appreciation Week at DCTC and Inver Hills, contact:

Eyes out and watch your sector

An F-22 Raptor from Tyndall Air Force Base, Fla. flies over the Gulf of Mexico, April 1, 2017. The Raptor was taking part in a flight alongside a KC-135 Stratotanker to show appreciation to the employers of Guard and Reserve Airmen.
(U.S. Air Force photo by Airmen 1st Class Cody R. Miller/Released)

The DCTC Small Business Entrepreneur program can give you the tools to succeed At some point, most people have considered the idea of being…