About the STA Athletic Hall of Fame

The STA Alumni Association created the Athletic Hall of Fame at STA to instill and preserve pride in the rich tradition of Saint Thomas Academy by celebrating the outstanding athletic accomplishments or contributions to the athletic history and traditions of the Academy by alumni athletes, their coaches, directors, advisors, and loyal supporters.

“Saint Thomas Academy is an incredible high school academically,” Tom said. “The Class of 1975 had ninety-nine graduates and ninety-eight went on to college.”

Tom attended the University of Minnesota in 1975 and 1976, playing football for the Gophers. He was 1975 Scout Player of the Year. In 1977, he attended Inver Hills Community College, playing football and baseball for the Giants. He made NJCAA First Team All-American as an offensive guard. He transferred to the University of Toledo and was starting offensive guard on the football team.

Tom has played amateur baseball for nearly two decades; he’s played fastpitch softball for more than 15 years. He also boxed Golden Gloves as a heavyweight from 1976 to 1978.

Tom is a 1987 graduate of Concordia College, St. Paul (renamed Concordia University, St. Paul, in 1996), earning a B.A. in Communications. He served as head football coach and head softball coach at Concordia from 1983–1997. His accomplishments at Concordia include:

Tom continued his coaching career at Macalester College, serving as assistant football coach and offensive coordinator from 1998 to 2005 and head softball coach from 2002 to 2010. In 2008, the softball team received NFCA First Place All-Academic Team honors.

At the secondary level, Tom has coached at a number of schools, including St. Agnes, Brady, Cretin-Derham Hall, Johnson, Eagan, Farmington, Saint Thomas Academy, Harding and Hastings. His teams have won state, region and conference championships 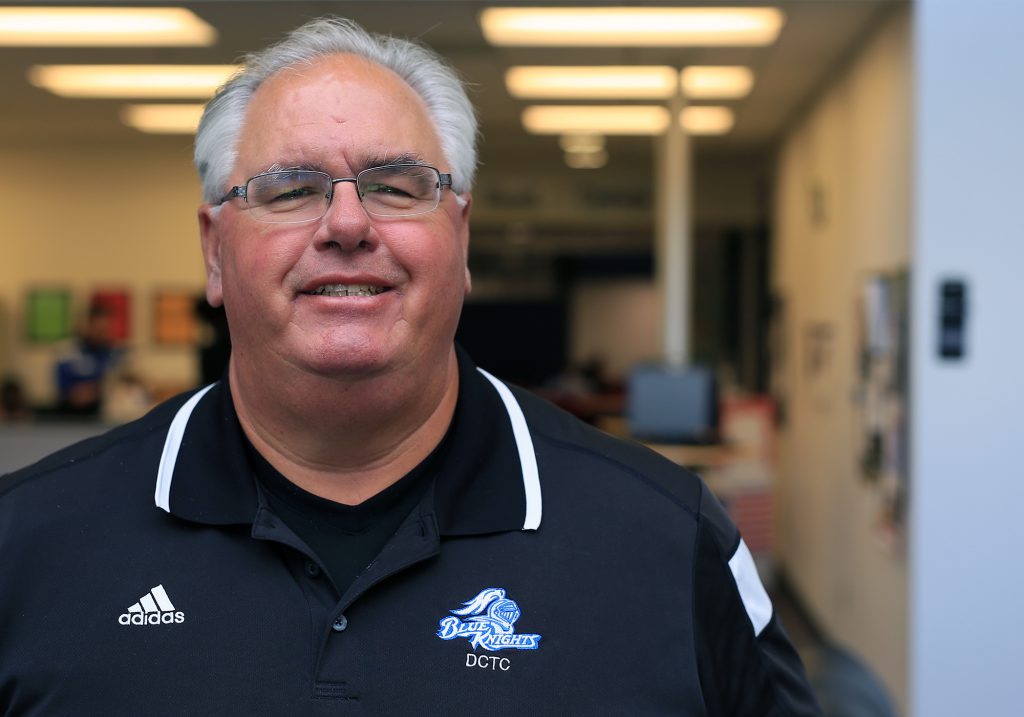 What person has influenced you the most in life?
My coaches and teachers at Saint Thomas Academy

What is your greatest accomplishment in life so far?
Making sure the players I’ve coached have a good experience and improve.

Three words that describe you as a coach:
ENTHUSIASTIC. DEMANDING. FAIR.

What’s the most rewarding game you’ve ever coached?
Fastpitch softball regional playoffs in 1987: Concordia against the University of Minnesota, Duluth—a definite David vs Goliath match-up. We had to win three games that day to advance to NAIA National Tournament in Nebraska. We ended up beating Duluth 2–1 and 3–2 thanks to great pitching and timely hitting. We also beat Winona State. One pitcher pitched all 21 innings for us. That was an incredible experience.

What’s your greatest strength as a coach?
Knowledge of the game and the ability to work with people.

“I strongly believe in a well-rounded student-athlete who prepares hard and competes hard while developing awareness for the real world and its challenges. I believe the development of skill, concentration, commitment and chemistry is everything in creating a successful program.”

What coach has influenced your coaching style the most?
Gerry Brown at STA (athletic director and football, baseball and track coach at STA, Gerry Brown Stadium named for him)  and Dennis Denning at Cretin-Derham Hall (legendary University of St. Thomas head baseball coach)

“I have only one simple rule in life,” Tom said. “Be the best you can be and be a good person—and you’ll be a success no matter what you do.”