The story of Cpl. Ben Kopp stayed with Bill Lunn from 5 Eyewitness News long after the reporting was over. The Rosemount soldier died from wounds received in Afghanistan. His organ donations saved the lives of four Americans and benefited more than 60 people. Bill decided to write his first book, Heart of a Ranger, about Ben and the impact of his life both before and after his death.

Ben’s mother, Jill Stephenson, was praying for someone to write a book about her son. Bill’s own son joined the military and entered the same program as Ben. While flying home from visiting his son, Bill decided to write this book. He interviewed 50 people and used his background as a journalist to pull all the information together to tell Ben’s story. Heart of a Ranger is available now.

WHAT
Heart of a Ranger 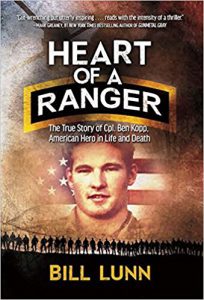 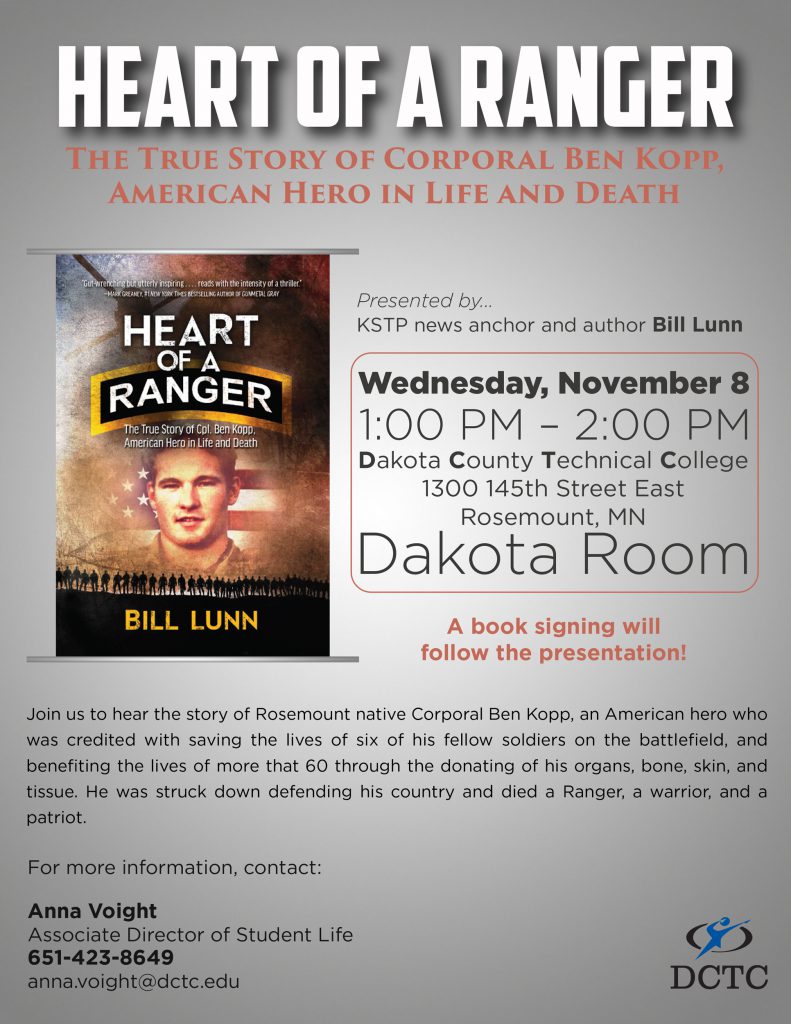 To learn more about Heart of a Ranger at DCTC, contact:

Recently, Ed Treseler, father of Dakota County Technical College wrestler Josh Treseler, was diagnosed with stomach cancer that has spread to his liver and…