Nicole Evridge, 33, moved to Minnesota from New Jersey in 2011. Nicole had heard stories about subzero wind chills and mammoth blizzards, but her first winter in Minnesota she wore nothing warmer than a hoodie.

“I had expected a lot colder temperatures,” she said. “I was pleasantly surprised, but the winters are still way worse than what we get in New Jersey.”

Originally from Edgewater Park, a township on the Delaware River with roughly 8,800 residents, Nicole is a graduate of Burlington City High School in nearby Burlington, New Jersey, a suburb of Philadelphia. She joined the U.S. Coast Guard in 2002 and served aboard USCGC Forward, a medium endurance cutter named for Walter Forward, the U.S. secretary of the treasury under President John Tyler. 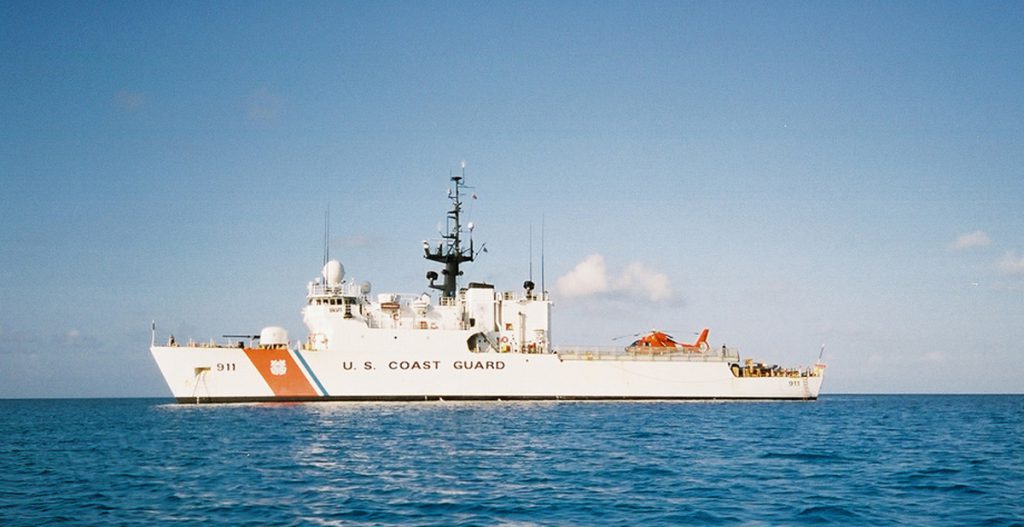 Nicole went on patrol aboard Cutter Forward in the Caribbean Sea, conducting operations that included drug interdiction, immigration law enforcement and search-and-rescue missions. At the time, she was an E-3, or seaman, and her duties focused on essential tasks when a cutter is underway, including driving the boat. She remembers one interdiction op off the coast of Jamaica that apprehended a cigarette boat and netted 100 pounds of hashish and a “whole lot of marijuana.”

Nicole also served at Training Center Cape May, the Coast Guard’s fifth largest base and the birthplace of the branch’s enlisted corps. Cape May is located near a good number of famous beaches on the Jersey Shore and is just down the coast from Atlantic City.

“I trained new recruits at Cape May,” Nicole said. “My role was administrative. I helped recruits learn how they would get paid and how they would move from one duty station to another.”

When her enlistment ended in 2007, Nicole was an E-4, or petty officer third class. She enrolled at Dakota County Technical College in 2012 and has already earned a diploma in the Medical Administrative Assistant program. She is working on her Associate of Applied Science (A.A.S.) degree in Marketing Design Specialist.

Three words that describe you as a college student:
DETERMINED. COMPETITIVE. CONSCIENTIOUS.

Nicole’s goal is to graduate from DCTC in May 2018 and she has been working hard to make that happen. During one semester, she took seven classes and carried 18 credits—and she’s a single mom raising a 12-year-old daughter, Ryleigh. She works at a concession stand at U.S. Bank Stadium (she was on the job during Metallica, Luke Bryan and Coldplay concerts and is scheduled to work during the first game the Minnesota Vikings are playing at the stadium). Nicole’s also active on campus as member of the Veterans Club and DCTC Campus Lions Club.

“After graduating from DCTC, I plan to transfer to Metropolitan State University to earn my Bachelor of Arts (B.A.) in Business Management,” she said. “My ultimate goal is to start a photography business with my sister, Kelly. I want to own my own business so that I’ll have something to pass down to my daughter.”

More about Nicole and Kelly…

Kelly Evridge, 30, also attends DCTC and she’s earning her diploma in Photographic Imaging Technology. Kelly is a U.S. Army veteran who served in Kuwait as an 88M, or motor transport operator, aka truck driver.

“Kelly doesn’t think so, but she’s an amazing photographer,” Nicole said. “Because I am more of a people person, we decided I would be better at the business end. I’ll also be doing the design work. Kelly loves to photograph animals and our photography business will focus on portraits of pets as well as children.”

Nicole resides in Hastings, Minnesota, with her daughter, Ryleigh, who’s a seventh grader at Hastings Middle School, and Kelly, who relocated from New Jersey to be with her sister. Nicole is engaged to Richard Sonke, a U.S. Navy veteran and alumnus of the DCTC Automotive Technician program. Richard just landed a new job at Treasure Island Resort & Casino.

When she’s not studying, working or caring for Ryleigh, Nicole loves reading romantic thrillers and drawing. She’s looking forward to learning to draw using Adobe Illustrator. She’ll be taking a course on the vector art program this fall at DCTC.

This is a longstanding scholarship at the college, which is ranked #12 nationally on Military Times Best for Vets: Career & Technical Colleges 2017.

To learn more about the scholarship, contact the DCTC Foundation.

This scholarship is named for Lieutenant Colonel Harold E. Gifford, USAF, retired. Harold Gifford, 91 at the time, was recognized at the college’s 2015 commencement ceremony with an Honorary Doctorate of Humane Letters.

Rosemount Beyond the Yellow Ribbon Scholarship

This scholarship is sponsored by Rosemount BTYR, a program that brings together resources to help members of the military and their families before, during and after overseas deployments.

Amy Eppen, DCTC Foundation assistant director, noted that veterans scholarships are awarded each fall and spring and range from $250–$1,000. Amy reported that applicants must meet one of the following criteria:

“The role of the Foundation Office is to award scholarships for tuition, books, tools and living expenses as well as assist students when they encounter unexpected and oftentimes significant costs,” said Amy, who can be contacted via email at the DCTC Foundation. “When we offer scholarships to veterans, it is especially gratifying as these individuals have sacrificed so much for our country. This is one small way the college says thank you for your service and provides additional financial support for these students to pursue their academic and career goals.”

Kathy Bachman, coordinator of the South Metro Region Higher Education Veterans Program and Veterans Services at DCTC, works closely with the DCTC Foundation to make sure military students—veterans and active-duty—know about scholarship opportunities.

“DCTC is acknowledging the service and sacrifice of veterans and their family members by providing these scholarships,” Kathy said. She can be reached at the Military and Veterans Service Center on the DCTC main campus in Rosemount, Minnesota. 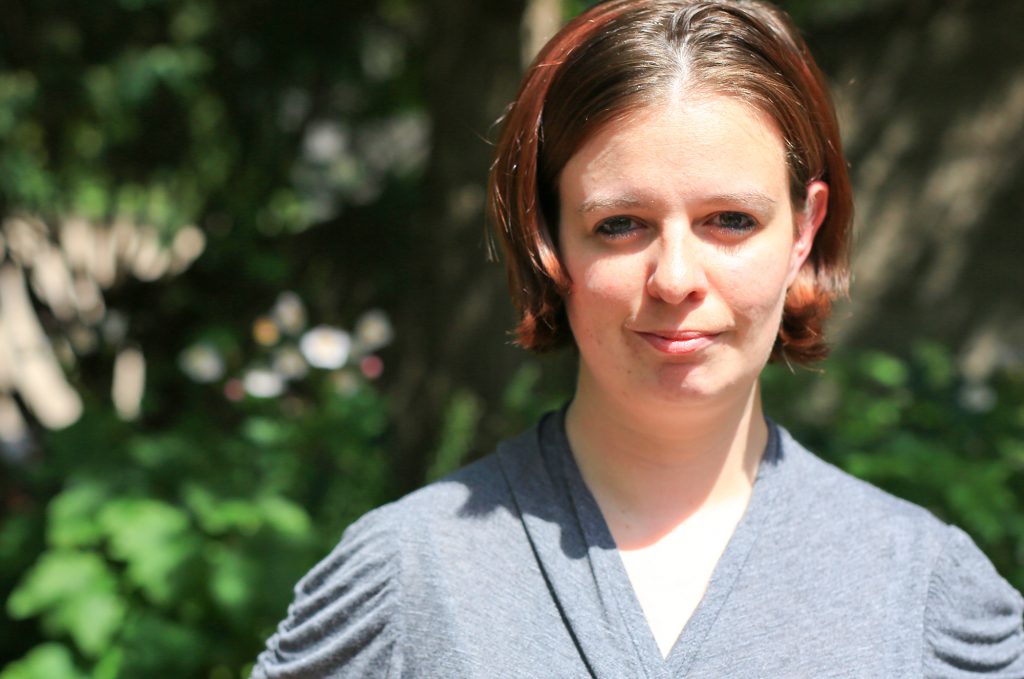 What has been your toughest challenge in life?
I have bipolar disorder with suicidal thoughts. Moving out to Minnesota was such a culture shock that I didn’t even know I had this disorder until it was almost too late. It was a struggle to get out of bed and do anything at one point. Eventually, I got the help I needed from the VA and I’ve received nonstop help since I enrolled at DCTC.

What is your greatest accomplishment?
My daughter, Ryleigh, is my biggest accomplishment. When I was pregnant with her, I swore up and down she wasn’t going to have the same life I did and she would have anything she wanted. I raised her to be an awesome young lady.

What person has influenced you the most in life?
My grandfather, Leo, had a such a huge impact on who I am today. He served in the U.S. Army during the Korean War and he was the reason I went into the military. He was pretty much my father figure when my dad passed away when I was 10 years old.

The Military and Veterans Service Center at DCTC provides support services and program information to military veterans just returning from active duty or retired from the U.S. Armed Forces for a number of years. The center also puts veterans in contact with other veterans on campus.

Established in spring 2007 in cooperation with the Minnesota Department of Veterans Affairs, the center is located in Room 2-303 on the college’s main campus in Rosemount, Minnesota. Katherine Bachman serves as the center’s coordinator. The center is staffed by VA work-study students, who along with Kathy are committed to helping veterans reach their higher education and career goals.

As a U.S. Coast Guard veteran, Nicole Evridge is benefiting from the Post-9/11 GI Bill and Vocational Rehabilitation and Employment (VR&E). Not only are her college expenses covered, but the VA also bought her a new Mac computer, one equipped with the Adobe Creative Cloud and Microsoft Office, along with a new printer. 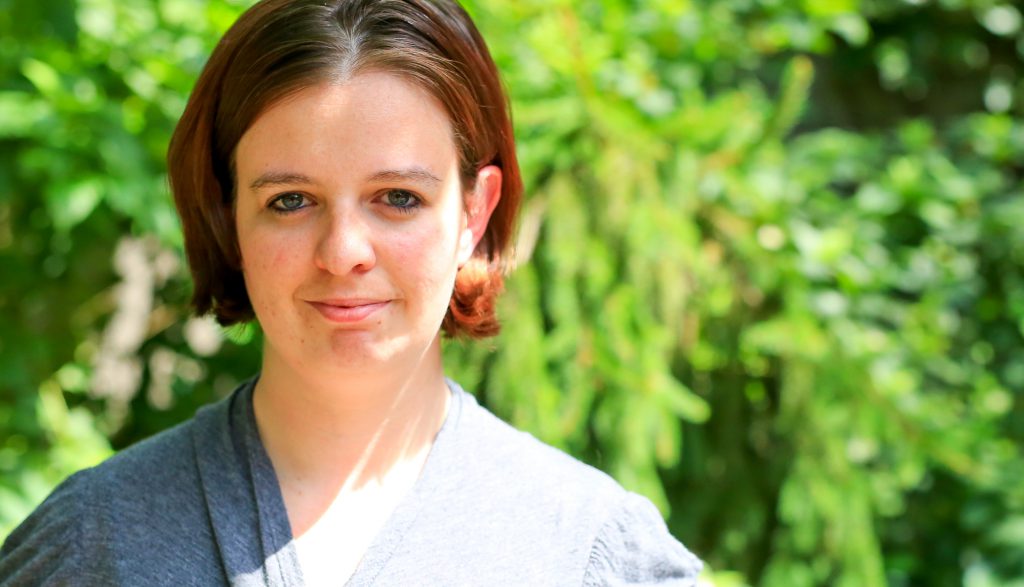 To learn more about Veterans Services at DCTC, contact: