Marlo Teal, the program manager in the Marketing department at Dakota County Technical College and Inver Hills Community College, loves community theatre. Her current project is choreographing MOM! the musical, a production of The Chameleon Theatre Circle, now in its 19th season. MOM!, Chameleon’s 111th production, premieres Thursday, May 11, 2017, at 7:30 p.m. and runs through Mother’s Day, May 14, at 2 p.m. Marlo also portrays one of six moms in the musical. All performances are at the Ames Center Black Box Theatre in Burnsville, Minnesota.

Originally from Wheatland, Wyoming, Marlo graduated from Wheatland High School in 1987. She went on to earn a B.A. in Journalism with a minor in dance at the University of Wyoming, graduating in 1993. Marlo has an amazing amount of experience in print and broadcast journalism. She worked as a producer at KGWN-TV in Cheyenne for five years, as an editor at the Cavalier County Republican for eight years, and as a host and commercial producer at KNDK radio in North Dakota for five years.

After nearly four years at Lake Region State College in Devils Lake, North Dakota, gaining experience in workforce training, Marlo started at DCTC in January 2012 as a customized training coordinator with a focus on manufacturing and technology. She transferred to Marketing in January 2016 and served as interim marketing director until taking on her role as program manager last December, covering both DCTC and Inver Hills.

“My job as program manager is basically choreographing the work for our multitude of projects,” Marlo said, noting that projects can be compared to dance numbers with marketing staff serving as the performers. When pressed, Marlo admitted that the PR coordinator is easily the most awkward dancer in the department.

Theatre is in her blood…

“My first real foray into choreography was as a cheerleader at Wheatland High,” Marlo said, “but I found out I had rhythm when I was in second grade. I was performing in a Christmas concert and the director made sure I was in the front row because I was the only one in my class who could stay on beat while doing the step-touch dance.”

Marlo has performed in and choreographed a plethora of musicals, including:

What do you love most about acting?
I’m insecure, so the applause!!! Just kidding, maybe. I love exploring the emotional lives of different characters, and especially love working with talented, passionate people.

What do you love most about choreography?
I love it when the music tells me what to do. I feel it in my bones. I also love working with people to get them comfortable, so they can perform at their best.

What has been your favorite role so far?
I love “Mom” because the material is just so good. “Mama” in Chicago is a favorite. And I had a blast doing Completely Hollywood, Abridged with Chameleon.

What has been your favorite show to choreograph so far?
My favorite show is always the one I’m working on now. I’m really proud of my work on Rocky Horror. And at Cheyenne Little Theatre, we had a rotating platform onstage for West Side Story when the Jets are walking along singing “Cool.” That was cool.

What is the most difficult aspect of acting?
Getting to someplace believable and authentic while still being aware enough to say the right lines, move to the right space, do the right things. Also, covering and moving on when something goes wrong, like a sound cue in the wrong place or forgetting lines.

What is the most difficult aspect of choreography?
For me, it’s writing down what I want to teach. It’s very hard to capture movement in words.

What is the funniest thing that’s ever happened during a production?
My friends tease me about my dance terminology, which includes terms like “Scoochie Heels,” “Phagocytosis” and “Roll the Dice.” I joke that I’m going to teach dance terminology at the college level; these are highly technical descriptions and it takes years of training to understand.

“At the community theatre level, it’s unusual to have more than a couple trained dancers in any given production. My strength as a choreographer is pushing performers beyond what they think they can do. My job is to make the dancers look really good while feeling totally comfortable with their performance.”
— Marlo Teal, Actor and Choreographer

What is the weirdest thing that’s ever happened during a production?
A person in the audience had a heart attack during the applause at the end.

What role would you most like to play?
I’d love to be one of the merry murderesses in Chicago just so I can really dig into “He Had It Coming.”

What has been your toughest challenge in life?
Two years ago, I had a series of very painful things happen in a short amount of time, which included my sister passing away and putting my dog to sleep, both unexpected. My marriage ended as well. I’ve never struggled as much as I did then. I’m grateful for my friends and family who continually let me know I was loved. Also, a big shout out to antidepressants, therapy and theater. I kept doing shows through it all; theater has always been my safe space.

What is your greatest accomplishment so far?
I survived, learned and grew from those challenges. Post-traumatic growth. I try to look at everything as an opportunity to grow.

What person has influenced you the most in life?
My mother. She was a single mother, she worked very hard, and she told me I could do anything I wanted to. She gave me amazing opportunities, like taking dance classes. It was also never a question that I would go to college and graduate.

Who is your favorite actor?
Kevin Spacey

Hobbies and pastimes other than theatre?
Riding my bike at a leisurely pace, camping, walks, decorating, movies, chocolate, laughing.

Marlo in MOM! the musical gallery 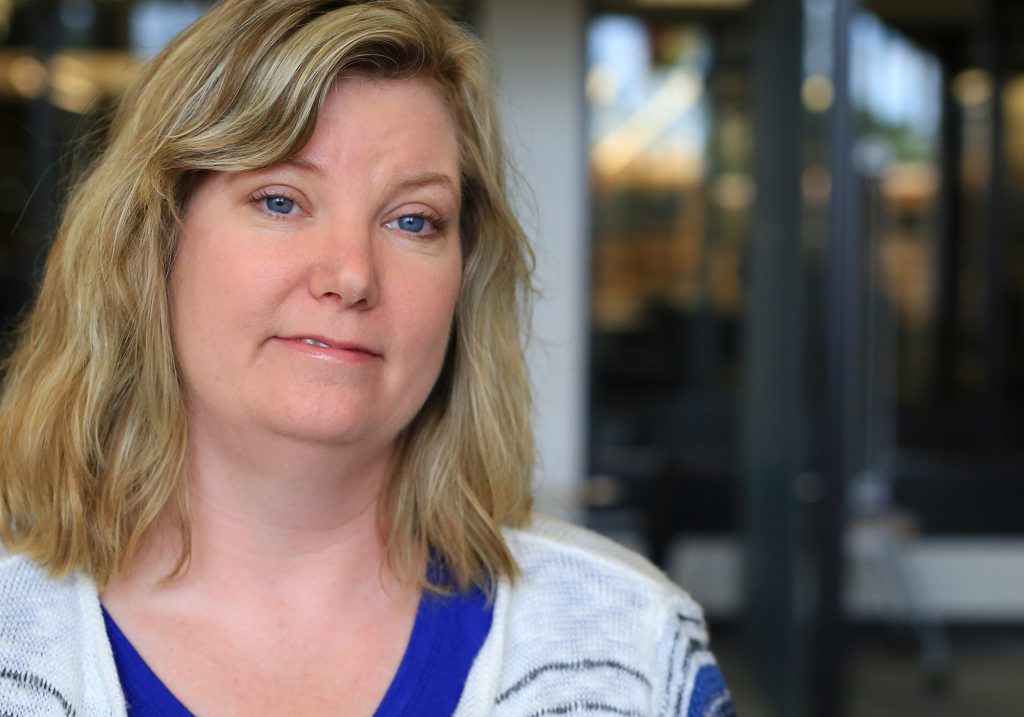 To learn more about the Marketing department at DCTC and Inver Hills, contact:

To find out how you can submit a marketing project request on JIRA, contact: