Nanoscience Technology graduate earns B.A.Sc. at U of M

Martin De la Fuente, 29, is originally from Mexico City, the capital of Mexico and the 20th largest megalopolis in the world with an urban area population topping 21 million. Martin and his mom and brothers moved to Minnesota when he was a 15-year-old. His father and other relatives were already living in the state. He enrolled at Eagle Ridge Middle School in Savage, Minnesota, knowing hardly a word of English.

“That was tough,” said Martin, who played varsity soccer for the Burnsville High School Blaze and graduated from BHS in 2006. He figured out that translating English into Spanish to understand his coursework and conversations took too long.

“I eventually started thinking in images,” he said. “The only time I think in Spanish is when I’m upset.”

Martin learned about Dakota County Technical College from older friends who played NJCAA soccer at the college. He also listened to his high school chemistry teacher, who recommended the college’s Nanoscience Technology program.

“Having both soccer and a nanotechnology program at the same college made a great fit,” said Martin, who loved science all through high school. He graduated from DCTC in 2011 with an Associate of Science (A.S.) in Nanoscience Technology.

“The Nanoscience Technology program is challenging, but at the same time provides a great foundation of technical knowledge in several areas and topics such as materials, electronics, characterization lab and more,” Martin said. “The most interesting aspect of nanotechnology for me is the fact that the field continues to be very groundbreaking. There is so much to still discover and learn. Looking at how things behave in a smaller scale is fascinating and can easily play tricks on the best common sense.”

While at DCTC, Martin played NJCAA Division I soccer for the Blue Knights. He played outside midfielder during the 2006–2007 season; he played center back during the 2011–2012 season. He won the Blue Knight Award, the program’s most prestigious honor. He also participated in NAVIGATE, a nonprofit advocacy group that works with undocumented students to help them pursue higher education in the U.S.

Martin worked at DCTC as a nanoscience intern before transferring to the University of Minnesota, Twin Cities. While a student at the U of M, he worked as an optical R&D process engineering intern at TE Connectivity, a $12 billion global technology leader with 75,000 employees, including 7,000 engineers at locations in 150 countries around the world. Martin graduated from the U in 2014 with a Bachelor of Applied Science (B.A.Sc.) in Manufacturing Operations Management.

The Nanoscience Technology program at DCTC prepares you for a career in a number of nanotechnology-based industries, including nanobiotech, nanomaterials and nanoelectronics. Technicians skilled in nanotechnology are in high-demand in the workforce. This program also provides a strong foundation applicable to environmental, energy and agricultural industries. The multidisciplinary approach of nanoscience means that this transfer-designed A.S. degree can lead you to dozens of higher education and career opportunities. 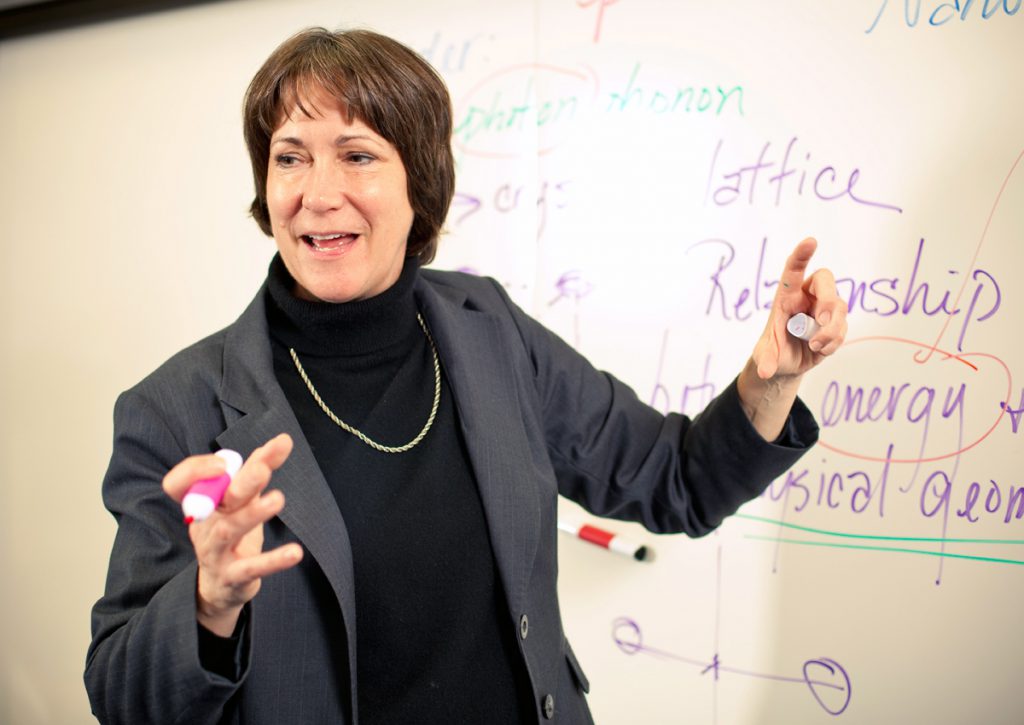 The curriculum delivers a combination of classroom and laboratory participation. You will gain hands-on experience with state-of-the-art nanoscale equipment, including atomic force microscopes, scanning electron microscopes and Raman spectrometers, during all four semesters of the program. You will have several opportunities for individual research and exploration of nanoscale concepts.

Nanoscience Technology at DCTC is offered in partnership with the University of Minnesota, providing the skills and knowledge you’ll need to find employment at a large selection of cutting-edge companies. The program also provides a starting point to related four-year degrees at multiple institutions. Processes of scientific inquiry, experiment and research design, critical thinking, and communication are woven into each course.

Right after graduating with his B.A.Sc., Martin started working at Medtronic in Plymouth, Minnesota, as a manufacturing engineer. His job landed him with the medical device company’s Minimally Invasive Therapies Group. Headquartered in Dublin, Ireland, Medtronic is the world’s largest standalone medical technology development company with 2015 revenues approaching $30 billion and total assets just shy of $100 billion. According to Wikipedia, the company is fully global, operating in more than 140 countries, employing more than 85,000 people and owning more than 53,000 patents.

“I chose manufacturing engineering because the field is related to nanotechnology,” Martin said. “I want to be able to utilize the knowledge I have gained throughout my schooling as a way to provide some sort of help to my community. Some of my duties as a manufacturing engineer focus on making ongoing improvements needed in our current processes, yield increase and line support. ”

Three words that describe you as a person:

When asked what he would tell someone thinking about following his career path, Martin said, “I would say not to give up. I would suggest reaching out to people for advice and never hesitate to ask if you don’t have the answer, or if something doesn’t make sense and clarification is needed. This field is really dynamic and requires a level of passion to continue moving forward with your career. It will definitely keep you on your toes at all times.”

Martin considers his dad the most influential person in his life. He considers his greatest achievement completing his undergrad degrees and joining the workforce as a well-trained manufacturing engineer.

Martin resides in Brooklyn Center, Minnesota, with his wife, Leila, who works as a marketing campaign lead. They have two children, a 4-year-old boy named Sabino and a 2-year-old girl named Emilia. When he’s not working, Martin enjoys spending time with his family, playing soccer and watching movies as well as playing videogames when he gets the chance—especially FIFA Soccer. His ranks his greatest challenge in life as giving good guidance to his children.

Martin De la Fuente was the guest speaker at the Cinco de Mayo celebration hosted by the Multicultural Student Leadership Association (MSLA) Wednesday, May 3, 2017, in the Student Life Center on the college’s main campus in Rosemount, Minnesota. Cinco de Mayo is a date of exceptional importance for Mexican and Chicano communities around the world. The date marks the victory of the Mexican Army over the French at the Battle of Puebla. 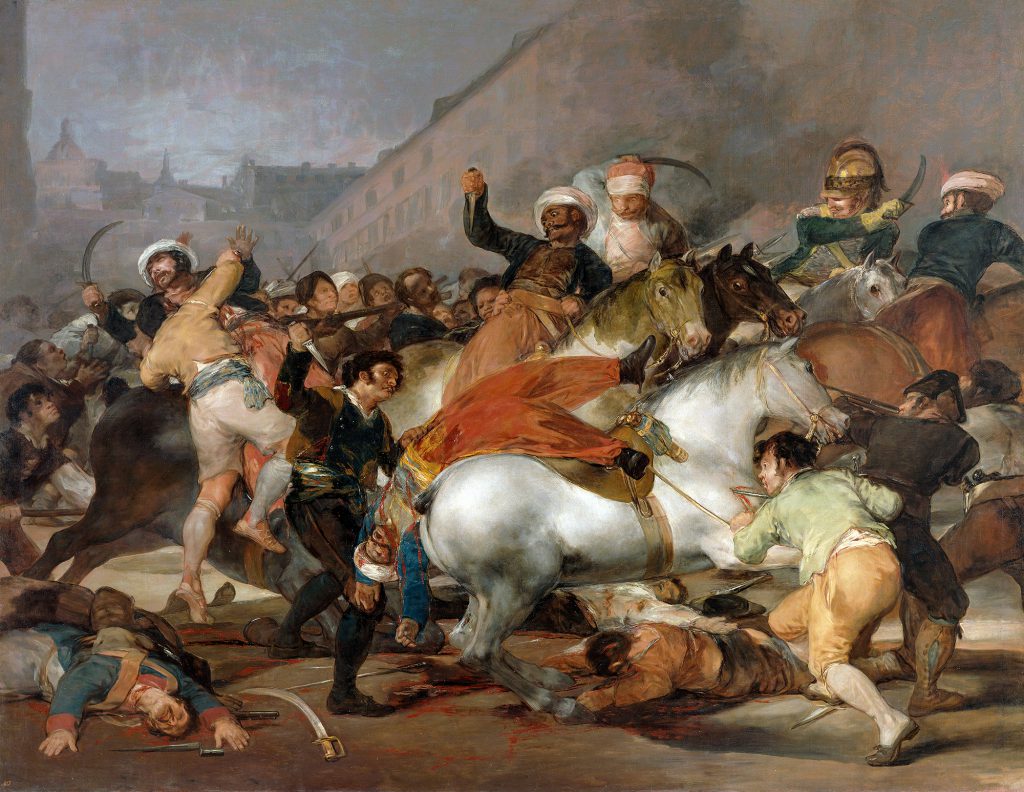 The Second of May 1808; painting depicts uprising precipitating notorious executions on the third of May

As a DCTC alumnus, Martin told his story of success and also shared his perspective on what Cinco de Mayo means for people with a Mexican heritage living in the U.S. Harold Torrence, DCTC Business Management faculty and MSLA faculty advisor, invited Martin to speak at the event.

“It was a great pleasure and an honor to have Martin De la Fuente today when we celebrated Cinco de Mayo at our campus,” Harold said. “Martin truly represents our mission of education for employment by getting a bachelor’s degree and launching his engineering career at such a prestigious worldwide company as Medtronic. Martin did an amazing job sharing his inspirational story as well as teaching us about the Battle of Puebla, the real and tough story of Cinco de Mayo. We are proud of you, Martin. Please come and visit us often.” 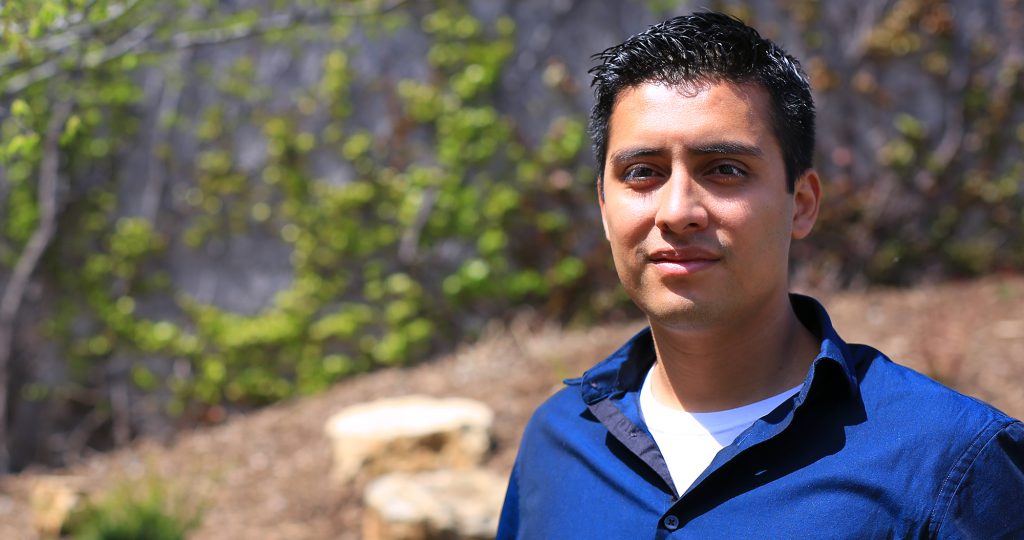 To learn more about Nanoscience Technology at DCTC, contact:

Colorado native majoring in Civil Engineering Technology At the start of spring semester 2020, Sandra Contreras Lopez, 25,  will be a sophomore in the…