Harold Torrence, Business Management faculty and MSLA faculty advisor, and Branko Tambah, a DCTC alumnus from Liberia, spoke at the event along with Israel Gray, a DCTC student and member of MSLA and the Phi Theta Kappa All-Minnesota Academic Team. Israel is also from Liberia, a country of 4.5 million people on Africa’s west coast.

“I am proud of our students, who kindly shared their wonderful African cultural heritage and experiences with us this April 26th,” Harold said. “Dakota County Technical College is very lucky to have such an amazing group of students. Yeti, Ayuba, Michael, Kayi, Yasinne and Israel were willing to open their hearts and minds to teach us about the amazing diversity and depth of their beautiful African continent.”

“Staff, faculty, administrators, community members, alumni and students came together as an inclusive community to enjoy eating and learning from each other,” he said. “We were all able to increase our cultural intelligence (CQ) a little more. We truly enjoyed the power of belonging and synergizing many cultures into a strong beloved community. From the bottom of my heart, thank you, students, for your contributions to our campus community.”

“The purpose of Africa Day is to create an awareness within our campus community about the continent as well as share personal stories and experiences. It is also a day to remind everyone that our diversity as a college is one of our greatest assets and strengths.” 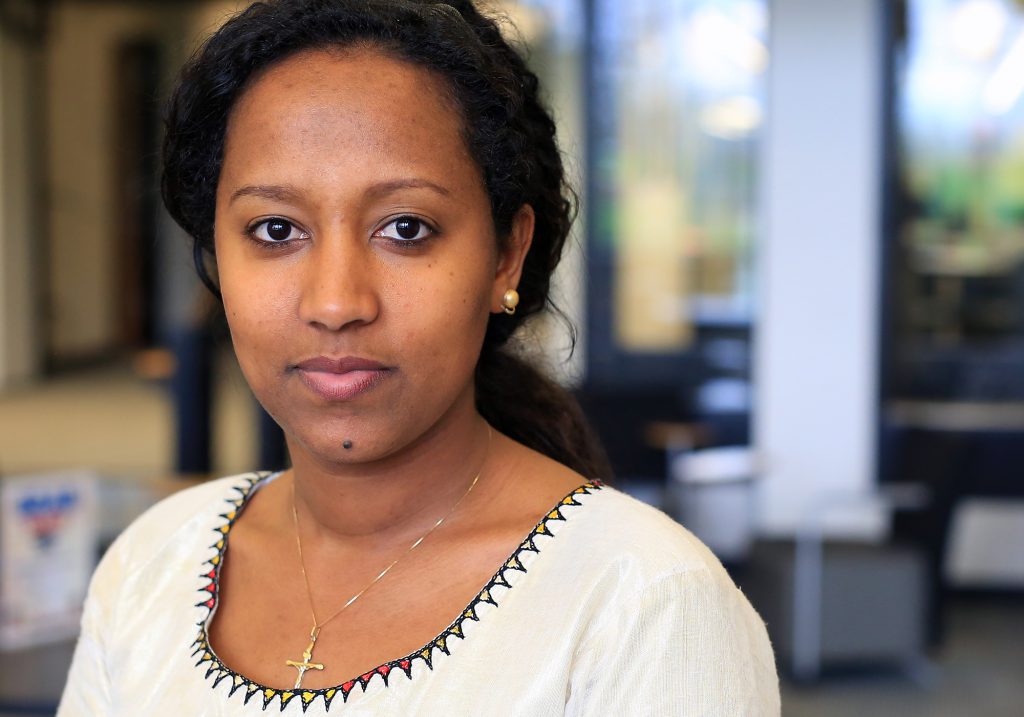 Yetnayet “Yeti” Tessma, 28, is originally from Addis Ababa, the capital of Ethiopia. A cosmopolitan metropolis, Addis Ababa is often referred to as the “political capital of Africa” and has an urban population approaching 3.4 million people.

After graduating from Menen High School, which was named for Empress Menen Asfaw, wife and consort of Emperor Haile Selassie I, Yeti went on to earn a law degree from New Generation University College (NGUC), a private college in Addis Ababa. Just before Yeti graduated from NGUC, her mother was hospitalized after becoming seriously ill.

“As the eldest daughter in our family, I took care of my mom during that time,” Yeti said. “I saw how much people in the hospital needed help and was inspired to volunteer. Before my mom died, I promised her that I would pursue a career in nursing.”

Yeti practiced family law for a time, but eventually decided to change her life. She moved to the U.S. in 2013 to advance her education in health care. She enrolled in the Medical Assistant program at DCTC and in May 2017 will be graduating with her A.A.S. degree. She plans to transfer to Inver Hills Community College and earn her A.S. in Nursing and become a registered nurse (RN).

As a student in the Minnesota Alliance for Nursing Education (MANE), she can continue her medical training and earn her Bachelor of Science in Nursing (B.S.N.) through Metropolitan State University. She’s not positive which branch of nursing she will choose, but is considering pediatrics.

Three words that describe you as a person: 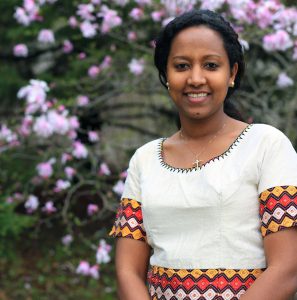 Yeti is an exceptionally active and engaged student on the DCTC campus. She is MSLA president and Student Senate vice president. She’s a member of Phi Theta Kappa, Christians on Campus and the Campus Lions Club. Yeti is also a month away from earning her U.S. citizenship.

When asked what advice she would give students from other nations thinking about going to college in the U.S., Yeti said, “Before you start your education, make sure you research job opportunities you will have after you graduate.”

Yeti made a solid choice with nursing as her ultimate career destination. According to the Bureau of Labor Statistics, 1.2 million vacancies will emerge nationwide for registered nurses between 2014 and 2022. CAREERwise Education reports that wages for RNs are well above the statewide median and the employment outlook is excellent.

The outlook for medical assistants is even more promising. According to CAREERwise, the medical assistant career path is “currently in very high demand and is seeing very high growth (17.9 percent) compared to other careers. There will be a need for about 3,330 new Medical Assistants to meet market demand between 2014–2024. This includes the demand due to replacement (workers leaving the occupation or retiring) as well as growth.”

What has been your toughest challenge in life?
Learning English while earning my degree. My native language is Amharic and I have to translate everything I study from English to Amharic. That can be very hard and time-consuming. I’m earning my Medical Assistant degree to build a strong background in technical and science courses. (Amharic is the official working language of Ethiopia. After Arabic, Amharic, the mother tongue of the Amhara people of Ethiopia, is the most widely spoken Semitic language in the world.)

What is your greatest accomplishment?
My marriage to Zach. I’m very lucky.

What person has influenced you the most in life?
Mother Teresa (Yeti belongs to the Ethiopian Orthodox Tewahedo Church, which has origins in the 4th century and is one of the few pre-colonial Christian denominations in Sub-Saharan Africa.)

Yeti was the student keynote speaker at this year’s True Blue Gala at Brackett’s Crossing Thursday evening, April 27. She received a standing ovation.

What do you love most about Ethiopia?
The people—we are very sharing.

What is the most beautiful place in Ethiopia?
Addis Ababa—we have beautiful buildings and everything is clean and neat.

What makes Ethiopia stand out from other countries?
Ethiopia is the birthplace of humankind and the origin of coffee. We were never colonized. Once I’m established as an RN, I will be going home. I want to raise my children in Ethiopia.

Yeti and her husband, Zach, reside in Burnsville, Minnesota, with their two children, a girl, Misbak, 5, and a boy, Miska, 2. When she’s not studying or involved in campus activities, Yeti enjoys swimming, photography, reading Ethiopian novels and watching Ethiopian movies on YouTube. She also loves to cook Ethiopian cuisine.

“I’m an excellent cook,” she said. “Zach is also the luckiest person.”

To learn more about the Medical Assistant program at DCTC, contact: