The Blue Knights basketball team (14–14) at Dakota County Technical College pulled off a come-from-behind victory to slip past the Central Community College Raiders (18–14) 68–65 and become NJCAA DII District 7 champions. The game was played Saturday, March 11, 2017, in Columbus, Nebraska, on Central’s home court. The win propels DCTC to the NJCAA DII Men’s Basketball Tournament March 21–25, 2017, at the Mary Miller Center in Danville, Illinois. The Blue Knights are one of 16 teams competing in the tournament. 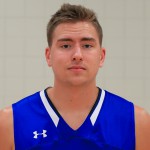 DCTC led the Raiders at halftime 39–38, but the Blue Knights were down nine points late in the game. Joey Johnson, 6-3 freshman forward, scored three points with six seconds left to put the Knights ahead for good. For DCTC vs CCC game stats, visit BOX SCORE. 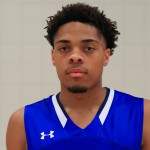 Click image for video of Coach Boe cutting down the net: