Back in December 2013, Tim McCluskey, an instructor in the General Motors Automotive Service Educational Program (GM ASEP) at Dakota County Technical College, traveled to New Orleans, Louisiana, with his wife, Sue. One highlight of their trip was a visit to the National WWII Museum, an internationally renowned attraction with collections and exhibits focused on remembering World War II. Located in downtown New Orleans, the National WWII Museum receives nearly a half million visitors a year.

“Taking a tour of the museum was eye-opening,” Tim recalled. “The sacrifices made to win the war were incredible. The museum explains why America fought war—and how we won it and protected our freedoms for future generations.”

“My Gal Sal is one of only three B-17Es left in the world,” Tim said. “The bomber had to make an emergency landing in Greenland on a flight to Europe early in the war. The crew sawed the props off one engine, getting it clear of the ice so they could start it and get the generator going to provide power to their radio. They abandoned the plane and trekked nearly thirty miles to be rescued.”

The rare Flying Fortress was eventually recovered from Greenland’s ice cap in 1995 and made its way to the museum in 2012. Eighteen months after that, Tim and Sue toured the exhibit—and Tim bought a Boeing B-17 ball cap as a keepsake of his museum visit.

“The museum put the hat in a small shopping bag,” Tim said with a smile. “I liked the bag so I decided to use it to bring my lunch to work at the college.”

Over the years, Mark Hickman, Tim’s faculty colleague in GM ASEP, began to notice how Tim was making ongoing repairs to the lunch bag, reattaching the handles several times and taping up numerous tears.

“It became a running joke,” Mark said. “I would tell Tim to just throw the bag away and get a new one, but he took it as a challenge to see how long he could make the bag last. He eventually taped up the entire bag in clear packing tape.”

Mark finally decided to contact the museum in New Orleans. “I spoke with Chris Michel, the museum’s director of retail and parking services,” he said. “Chris enjoyed my story and decided to send us twelve new bags, six smaller bags like the one Tim was using, and six larger shopping bags. I got several of Tim’s friends at the college together and we surprised him with the new bags. He’s using a new bag now, but he still has the old one.” 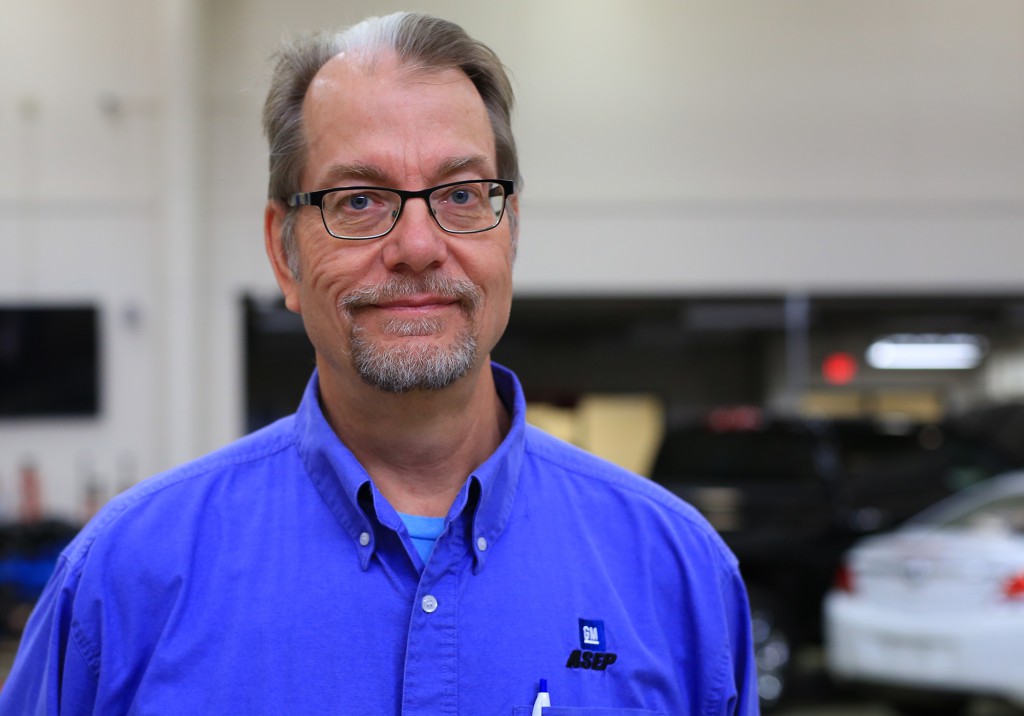 Tim McCluskey started teaching at DCTC in 1989 in the then Automobile Mechanics program. Seven years later, he became a GM ASEP instructor. Tim is going on his 28th year as a DCTC faculty member.

Tim’s GM industry experience includes working from 1977 until 1983 as an automotive technician at Royal Oldsmobile in St. Paul. From 1983 until 1989, he worked as a technician at Long Cadillac in Roseville.

Tim McCluskey’s teaching philosophy focuses on becoming a mentor to his students. “I teach them how to learn, not just follow my curriculum.”

As an authority on General Motors vehicles, Tim has edited GM automatic transmission and brake books.

The best part of Tim’s job as a DCTC instructor is helping his students find their futures.

His hobbies and interests include fishing, auto restoration and serving as a technical advisor to the Riviera Owners Association.

When he’s not teaching his students in his program’s recently renovated labs, Tim travels to GM dealerships across Minnesota to check in on students completing internships in the field. He also gets the chance to reconnect with program graduates on the job. 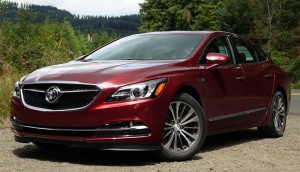 “We have alumni at numerous GM dealerships,” Tim said. “Some dealerships employ as many as nine of our graduates and it’s always gratifying to visit with our program’s many success stories.”

Tim reported that a Luther family GM dealership in Fargo, Minnesota, just donated a brand-new 2017 Buick LaCrosse to GM ASEP at DCTC. The Buick will be arriving at the college later in February.

To learn more about GM ASEP at DCTC, contact: