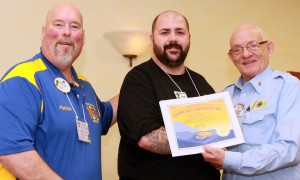 Brandy “Grizz” Boyer, 39, of Fridley, Minnesota, serves as president of the Campus Lions Club at Dakota County Technical College. In January 2017, Brandy was recognized with the International President’s Certificate of Appreciation, one of highest honors bestowed by Lions Clubs International. He received the award during the Lions District 5M-6 Mid-Winter Convention in Bloomington, Minnesota, earlier this month.

“I’m honored by the award,” Brandy said. “I don’t deserve it, but everything I do comes from the heart.”

Brandy is a four-time president of the DCTC Campus Lions Club—twice elected unanimously, an unprecedented accomplishment. He is earning an A.A.S. degree in the Digital Marketing Specialist program and is on track to graduate spring 2018. He has been exceptionally active on campus, having served as president of the American Marketing Association (AMA) Club. He also served as a member of Student Senate and the Multicultural Student Leadership Association (MSLA).

“I got the chance to sit by Bob Corlew at a banquet during his visit,” Brandy said. “I talked his ear off for an hour.” 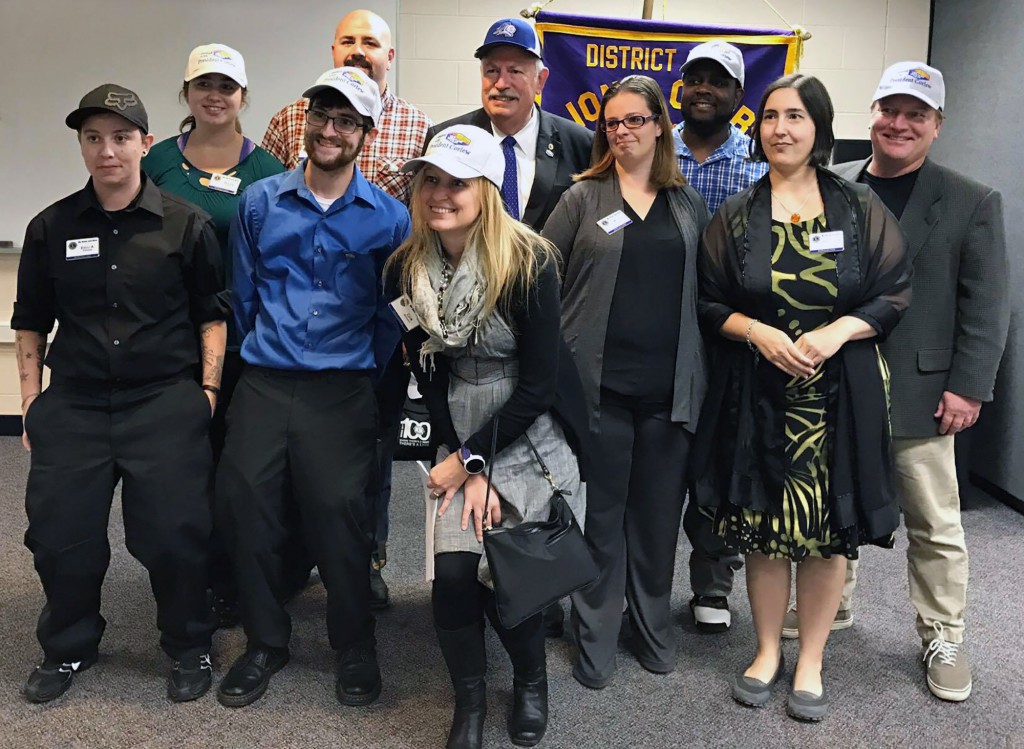 Brandy’s road to DCTC was not easy. He dropped out of Fridley High School three times and never graduated. Starting in the first grade, he was bullied relentlessly, a state of abuse and intimidation that followed him during his time in grade, middle and high school. Brandy persevered, earned his G.E.D. and decided to give college a try.

“Getting to this point in life has been my toughest challenge,” Brandy said. “I am a drug addict, an alcoholic and a victim of physical, psychological and sexual abuse. My whole life has been a challenge. Fighting and overcoming the drug and alcohol addiction was not easy, but I did it! Overcoming the psychological effects of being abused is an everyday struggle. I have been labeled with PTSD because of it. I don’t take medication for it, I just keep a good perspective that I have six beautiful children who need a good role model. That is why and how I fight the demons head-on every day. That’s also why I serve as a Lion.”

Three words that describe you as a college student:
STRENGTH. DETERMINATION. MERCILESS.

Health concerns determined Brandy’s academic and professional career paths. “I received my fourteenth concussion back in 2015,” Brandy said, “and was told I should go to school—so I did. I have a decent head on my shoulders and I’m a good speaker when I muster up the courage to do so. So, I figured I’d put myself out there and go for something where I know I am weak and strengthen it. Basically, talking to people outside my circle is not my strength. I figured marketing would be good for me with my ‘street’ business sense I acquired by growing up the way I did. I put myself in a sink-or-swim situation. It’s not easy, but I feel I’m swimming well.”

After graduating from DCTC, Brandy would like to work in public relations and marketing in the nonprofit sector. He has been volunteering for the Special Olympics since 1991 and can see himself working as a liaison between professional sports teams and different children’s organizations. He also has a strong affinity for the good works accomplished by Lions Clubs International members every day all around the world.

“My best friend’s dad was a Lion,” Brandy said. “I remember growing up and going to Lions events and seeing Lions memorabilia around my friend’s house. That stuck with me. When I saw that DCTC had a Lions Club, I knew I had to join.”

“The Lions Club is big on doing and small on meetings. We like it that way. It keeps us focused on service while enjoying the tremendous satisfaction of helping others out. — Brett Kolles, English Instructor and Campus Lions Club Co-Advisor

Brandy’s enthusiasm for the Lions mission has helped make the DCTC Campus Lions Club one of the most successful clubs in District 5M-6, which includes Ramsey, Dakota and Washington counties. Alan Lundgren, a Lions Clubs International director, met Brandy at the Mid-Winter Convention. He recognized Brandy’s name and told him the DCTC Campus Lions Club had the highest percentage increase in membership for the entire district.

“Lions clubs on college and university campuses don’t usually do that well,” Brandy said. “We’re a welcome exception. Alan Lundgren invited me to Arizona to help increase the membership of the Lions Club at Arizona State.” 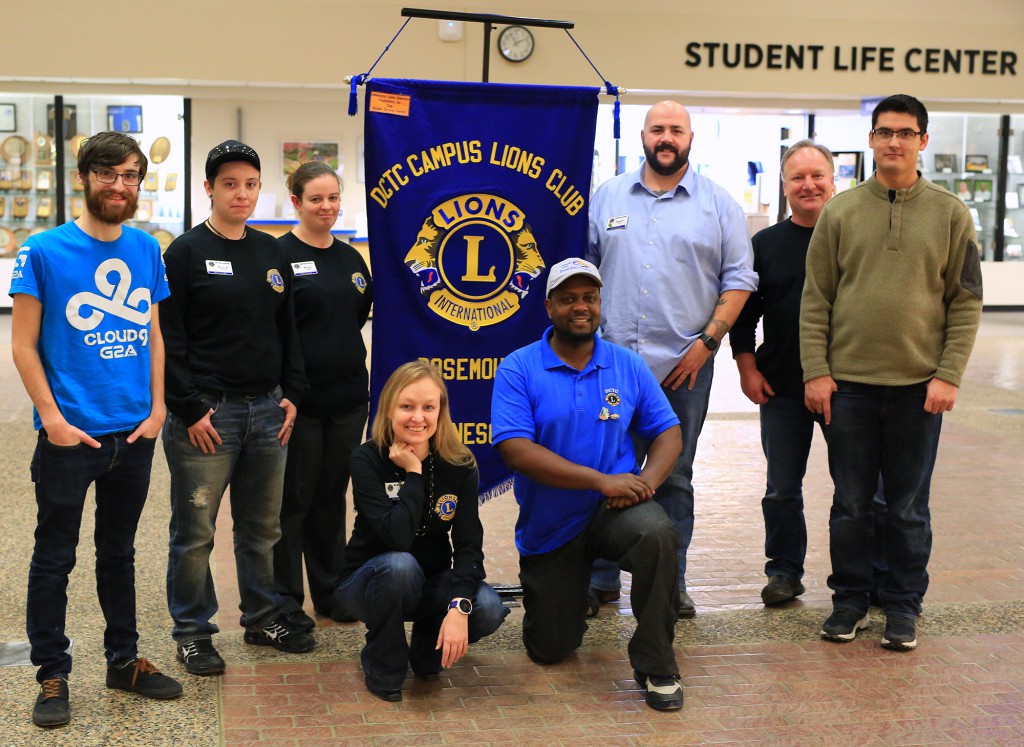 “We as a club are fortunate to have so many qualified and inspiring Lions members ready to step up and be on the Lions Board of Directors,” Brett said. “Our club keeps getting more active each semester. Besides the Polar Plunge, the Chili Cook Off, and the Can Do Canines presentation, we are also hosting several new events. ‘The Things They Carried: Returning Veterans’ Challenges’ is an event to help all students, staff and faculty learn about PTSD. ‘Beep Ball’ is softball played blindfolded—and we will also be helping out at the St. Patrick’s Day Marathon in St. Paul.” 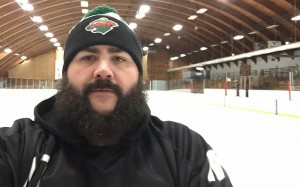 When he’s not going busy with Lions Club duties and going to school, Brandy drives a Zamboni at Hastings Civic Arena. He also works in the promotions department at Treasure Island Resort & Casino. Brandy and his wife, Stephanie, reside in Hastings, Minnesota, and have six children, Tony, 18, Jada, 16, Drew, 15, James, 13, Holly, 12, and Addy, 3.

For fun, Brandy loves creating art in Photoshop. “I have made many flyers and banners,” he said. “I am self-taught; I just sat down one day and did it. It kept me occupied overcoming my addictions.”

He loved playing softball, basketball and volleyball when he was younger—and for a while he played semi-pro football. He just celebrated his 25th year of playing fantasy football. He also loves to camp, hike and fish.

“Everything I do now for enjoyment usually involves me being dad in some capacity,” Brandy said. “My children pretty much do everything I do.”

What are your duties as DCTC Campus Lions Club president?
Try not to screw up! LOL just kidding. In theory, I’m supposed to call the club to order and go over all the “stuffy” business stuff. Follow an agenda, go over minutes and all that fun stuff. But I do it differently, I crack jokes. Usually making myself the target for the jokes to lighten the air. Then we just talk, it’s as simple as that. We loosely follow an agenda, but we cover all the bases and try to include everyone. I dislike how imperialistic traditional meetings feel and I want people to feel engaged, like they matter that they are there. And I want them to feel like they are free to comment with thoughts and opinions.

What are your most memorable experiences during your time in the DCTC Campus Lions Club?
Other than being recognized and receiving the International President’s Certificate of Appreciation, I would say the left-field events I try to put on. The snowshoe/hike at Lebanon Hills, opening the arena I work at so DCTC families can go ice skating, No Cookie Left Behind. To me those are the most memorable because they are far from the norm and they serve the entire family. Not just little pockets of people. I would rather serve the whole family.

What would you tell someone who’s thinking about joining the DCTC Campus Lions Club?
Yes, there are many good clubs on campus, but only one is attached to the largest humanitarian organization in the world. If someone is truly interested in serving and helping, being a Lion is the way to go. It is a first-class organization from the LCI President Chancellor Bob Corlew all the way down to DCTC Lions Club Advisor, Brett Kolles. Sure, nothing and no one is perfect, neither is the Lions Club. But what sets it apart is the heart, desire and commitment from the people I’ve met. 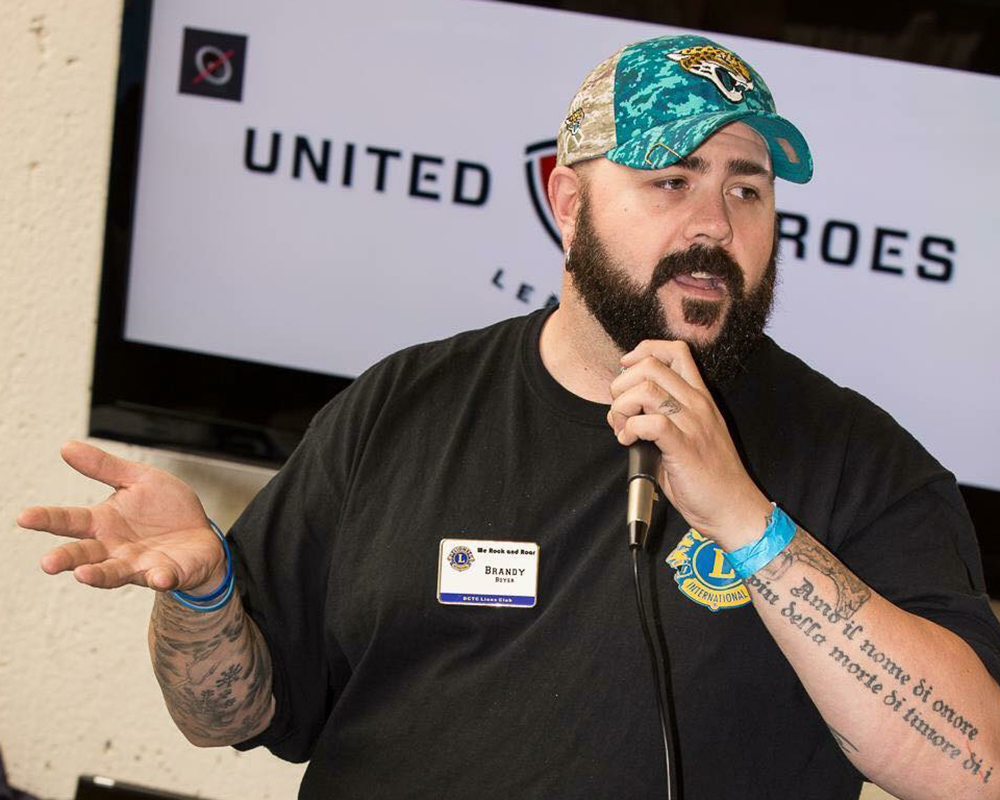 What is the most interesting thing that’s ever happened to you?
I have had a lot of interesting things happen to me—I could go on with stories for hours. But the most humbling one happened at the Lions Mid-Winter Convention. I walked up to Army Ranger John Mitchell after he spoke [Mitchell is speaking at DCTC February 22, 2017, at 1 p.m. in the Dakota Room]. He has an amazing story. But after he spoke, I walked up, introduced myself to him and his Ranger buddy Rocky Otte. Now I have a lot of visible tattoos; I’m basically sleeved as is Rocky. So, Rocky grabbed me after we spoke for a moment and gave me a hug. It was a type of hug that only a man gives another man who knows that he is fighting demons daily. It wasn’t only strong in the embrace, but it was strong emotionally and we both had tears. And this was in a room with probably 50–75 people in it. Something like that garners a few eyes and comments. Two large mammals hugging and crying. I am a hugger and will always hug a brother who needs one. It may not be the most interesting to some, but to me those are my favorites.

What is your greatest accomplishment?
Being a father to six beautiful healthy children. We have three boys and three girls, we call it our six-pack of insanity. I have always felt that my ancestors that came before me as well as my creator and savior laid the path for me to simply be a dad. That is where most of my pride and accomplishments come from.

What person has influenced you the most in life?
Over the years this has changed, but I can list two: one deceased and one currently in my life. The deceased person who has influenced me the most would be Geronimo III. Yes, the grandson of Geronimo. I was 15 years old when my father and I came across him in Arizona. At the time, he was 105 years old living in a shack made of rock, sticks and tarps. He refused to live on the reservation. I could go on for hours about that encounter, but for the three hours we sat there in conversation and I got a first-hand account of real American history. It forever changed how I looked at things and people.

For living, I’m sure he doesn’t know it, but my biggest supporter and influencer is once again Brett Kolles. I cannot begin to explain the heart that he has as a man, as an advisor and now I finally have him as an instructor. I’ve wanted to quit many times, but over the course of many coffee cups, I’ve become a stronger person. Again, I am sure he has no idea…till now.

To learn more about the Campus Lions Club at DCTC, contact: 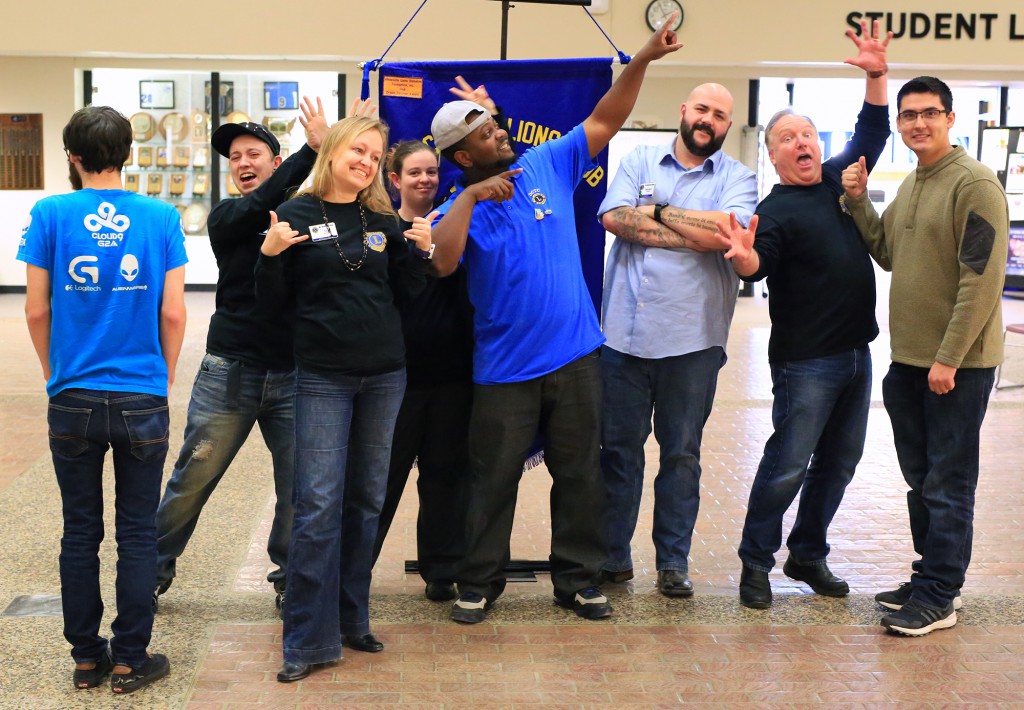