Federally protected, maintenance had to find a way to deter Cliff Swallows without harm

In mid-June dozens of Cliff Swallows flocked on both ends of the building, looking to build nests. In doing so, the birds pooped on everything below including walls and windows. Head of maintenance Jerry Stiles said in addition to the mess, the maintenance office feared people coming in and out of the building would become unhappy victims as well.

A Google search offered two solutions. One was the $9 plastic owls. The other was a $1,300 sound machine. Cost in mind, Stiles said they decided to try the owls first.

Maintenance staff used a lift to place one owl on each end of the building. Stiles said as soon as the fake birds went up, the Cliff Swallows retreated.

“We didn’t expect the owls to work as well as they did,” added Stiles.

Cliff swallows and their nests are protected by the Federal Migratory Bird Treaty. Operations Director Paul DeMuth said the owls offered a safe and effective way to deter the Barn Swallows without hurting the birds or their nests.

While the barn swallows have found other places on the building to make their nests, Stiles said they’ve moved into areas where people aren’t. 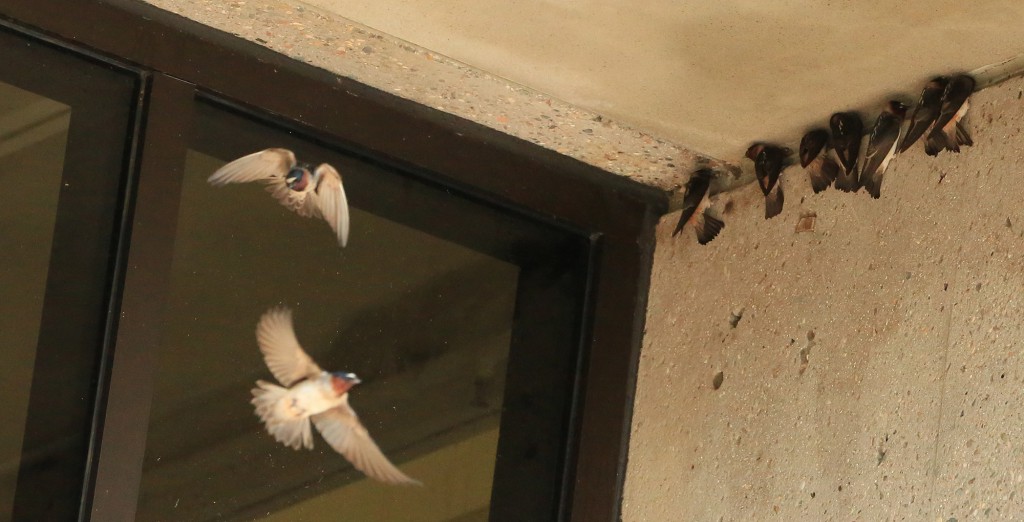 At the beginning of June, Cliff Swallows started to flock near the East and West entrances of DCTC. A federally protected migratory bird, maintenance had to find a safe way to deter the birds. The solution came in the form of a $9 plastic owl.

Husband and wife from Kenya serving as nurses during COVID-19 pandemic Venah Onsase, 30, and Jason Mireri, 35, are graduates of the Practical Nursing…