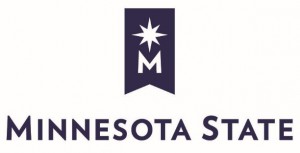 This is a news release from  Minnesota State Colleges and Universities.

“Everything we do, everything we believe in, is focused on providing an opportunity for all Minnesotans to create a better future for themselves, for their families, and for their communities,” said Steven Rosenstone, chancellor of Minnesota State. “To make good on our commitment to being a place of hope and opportunity, we must keep higher education affordable. That is why scholarships are absolutely critical. They are a key to access, they enable students to focus on their studies, and they are central to student success. Scholarships change lives.”

The announcement of a $50 million goal for Access to Excellence follows a successful two-year campaign ended in June, 2015 that raised $39 million and funded 28,387 scholarships. In that campaign, every college and university foundation in the system exceeded its individual goal.

“As we begin this next Access to Excellence campaign, I have every confidence in our ability to achieve this new goal,” continued Rosenstone. “We have demonstrated our ability to think and act differently, and to maximize our collective strengths, resources, and talents by working together for the benefit of our students. This work will make a difference in the lives of tens of thousands of Minnesotans across the state. We can do this – provided we do it together.”

It’s still all about jobs, jobs, jobs By Sharon LaComb, DCTC Vice President Since DCTC opened its doors in 1970, the college’s administration, faculty…