Dakota County Technical College baseball player Brady Casperson has been named an All-American. The freshman infielder was also named the Region XIII Most Valuable Player for 2016. 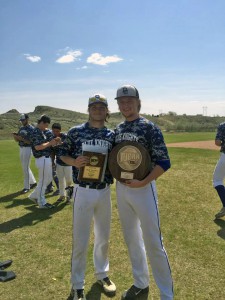 “It is a great honor to be awarded. Every player in the country was working toward this award. So I feel proud and fortunate to be named All American and Region XIII Most Valuable Player for 2016” said Casperson.

The National Junior College Athletic Association announced its All-American selections in early June. Casperson was named a third team All-American for the 2016 spring season. All-America selections are made by the NJCAA Division II Baseball Committee.

New to the Blue Knights, Casperson said his first season with the team was better than he expected. Casperson said he put in a lot of work during the off-season which paid off.

Casperson showed consistent defensive play and had a .914 fielding percentage. Casperson also did well at the plate, hitting for a .387 batting average. He had 55 hits that included 45 runs, four home runs and 35 RBIs.

“As a team, we had a successful season. I enjoyed the players and I want to thank the upperclassmen for taking me under their wing,” said Casperson. 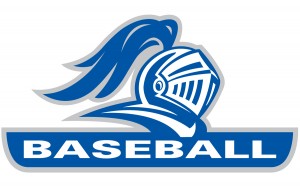