Katelyn Rademacher has a competitive nature. So when she starts something, she tends to go all in. That was certainly the case with bodybuilding.

Inspired by the transformation in body and mind that she saw in her mom, Katelyn decided to try competing last year. It’s an intense process but once she stepped on stage for her first competition last September, Katelyn was hooked. 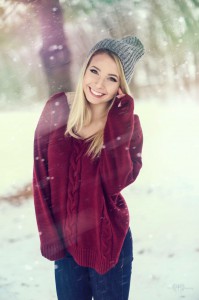 Katelyn competes as part of the National Physique Committee as a bikini athlete for Team Edge. Katelyn said the competitions focus on presenting the body in its best form. Presentation and stage presence are keys to success.

Bodybuilding is not for the faint of heart. Katelyn works out two hours a day, six days a week. She weight trains for 1 ½ hours a day and then gets in a half hour of cardio.

While the workouts are challenging, Katelyn said following the nutrition regimen is the hardest part. Katelyn eats six meals a day. Her meals consist mostly of lean proteins and vegetables. She also drinks a gallon of water a day.

Despite its arduous aspects, Katelyn said it’s also rewarding. Since starting, Katelyn said she has experienced a wonderful transformation in her life.

“It’s changed my life in an uplifting way. I’m really happy to be part of it,” said Katelyn.

Katelyn, who will graduate in May from DCTC with an associate’s degree in Exercise and Sport Science, plans to compete in three shows in the spring and early summer. First up will be the NPC Milwaukee Muscle Madness in Waukesha, WI.  She’ll also compete at the NPC Minnesota State Championships in Eden Prairie and the NPC Central USA Championship in Sioux Falls, SD.

Passionate about fitness, Katelyn said she has received a lot of support from instructor Sara Woodward as well as other students. She added that her education has helped her in her bodybuilding journey especially her knowledge of anatomy.

“I love Sara. She is so great,” said Katelyn.

To learn more about Katelyn or to follow her progress visit http://katelynrademacher.com/.