Konner Klausen, 22, of Prior Lake, Minnesota, joined the U.S. Air Force Reserve for several reasons. For one thing, he didn’t want his parents to have to cover the cost of his college education, but his decision was based on more than paying his own way.

“I wanted to be part of something bigger than myself,” Konner said. “Joining the Air Force was a way to leave a bigger footprint.”

A 2012 graduate of Prior Lake High School in Savage, Minnesota, Konner played varsity soccer for the Lakers for three years. The 5’7, 160-pound sophomore plays fullback for the Blue Knights, who compete as an independent in NJCAA Division I soccer.

Konner is studying Software Development at Dakota County Technical College with the goal to earn his diploma and continue his education. “Software development is a big field, so I don’t know exactly what I want to do yet,” he said. “I like the idea of becoming a software engineer.”

Konner has four years to go on his six-year contract with the Air Force. His rank is airman first class, or E3. He serves as an air transportation journeyman at the Minneapolis-St. Paul Air Reserve Station, home of the 934th Air Lift Wing. Konner’s job involves controlling, processing and managing the traffic of cargo on inbound and outbound military aircraft. 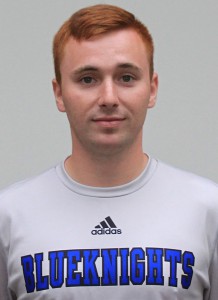 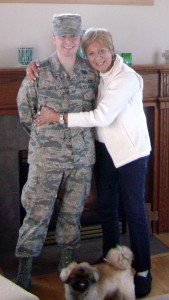 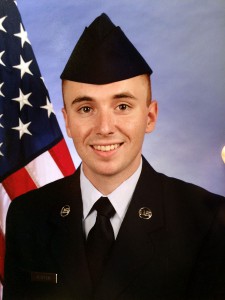 Cam Stoltz, head coach of men’s soccer at DCTC, considers Konner an ideal student-athlete. “Konner is a great team member for us,” Coach Stoltz said. “He’s a strong soccer player and a committed student—someone who knows how to balance his commitments and be successful. The fact that he also serves our country shows that he can do it all. Konner is an example for any DCTC student to follow.” 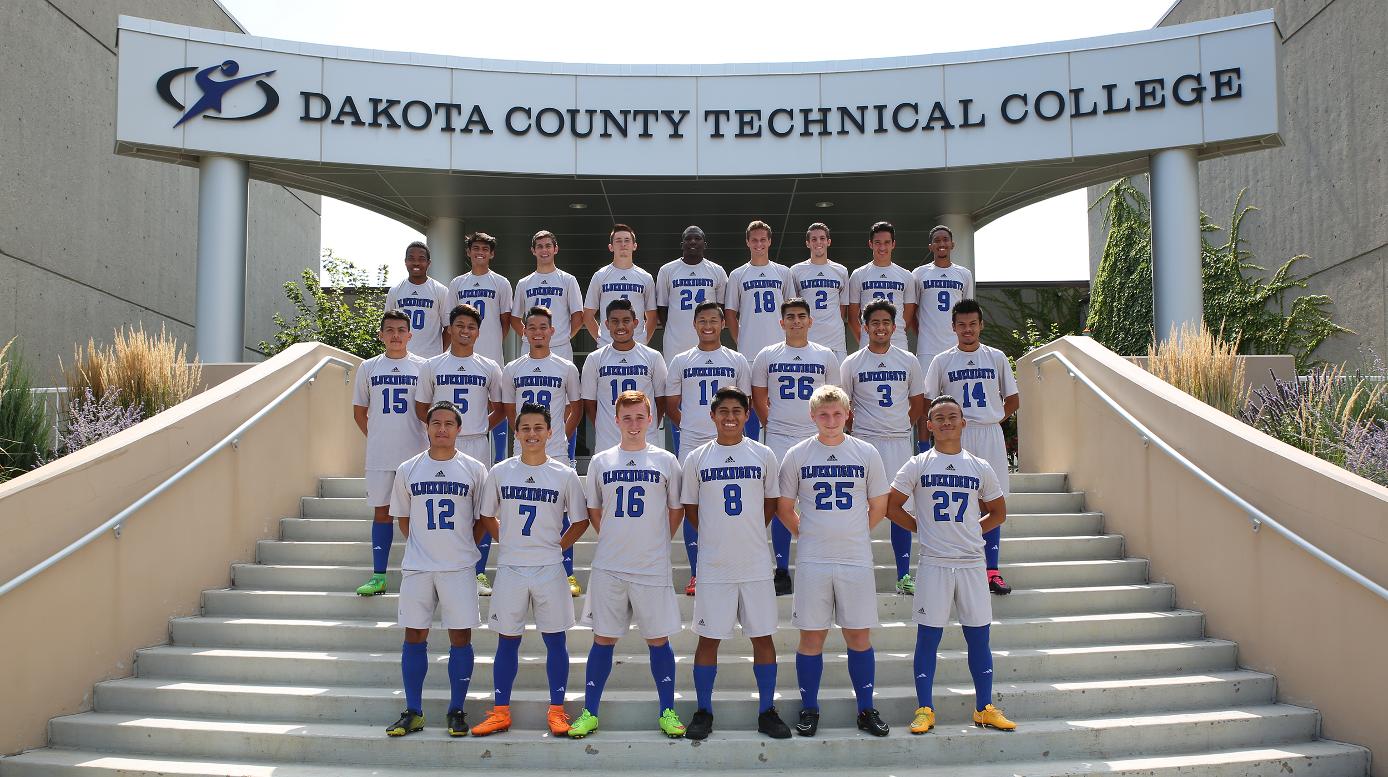 As of Oct. 28, the Blue Knights are 12–6–2. The team won their Region XI Tournament first-round game 3–2 against Northeast Community College (3–12) at Veterans Memorial Stadium in Norfolk, Nebraska, Monday, Oct. 26. You can read more about the game on GoBlueKnights.com.

DCTC faces Marshalltown Community College (16–0–2) in the region’s quarterfinal game at 3 p.m., Wednesday, Oct. 28, at MCC. Marshalltown is ranked #6 on the NJCAA DI Men’s Soccer Rankings as of Oct. 27. The winner of Region XI advances to the NJCAA Division I National Championship Tournament in Virginia later in November.

Q. What brought you to DCTC?

A. I wanted to attend an affordable institution that provided the program for the career I desired.

A. DCTC is very affordable and very military friendly as far as financial aid. The commute from my home to school is not far at all. The instructors are well-trained and I like the tutoring help the school provides.

A. What I like most about soccer is the fact that no game will ever be alike. I like how there is an ever-flowing consistency to play, meaning that there is no stopping between plays, unless the ball goes out-of-bounds, a goal is scored or a foul is committed. This play allows a player to be as creative or simple as they want. The only boundaries to the game are the physical aspects such as the end-lines or the time limit, but the creative aspects are limitless.

Q. What’s your view on the current soccer season?

Q. Where would you go if you could go anywhere in the world?

Q. Who would you like to meet if you could meet anyone in the world?

A. Jimi Hendrix if he were still alive or the commander-in-chief

Q. What has been your toughest challenge in life?

Q. What was your happiest moment in life so far?

A. The Bible or The Great Gatsby

Q. What do you like to do in your free time?

A.  Play soccer and video games, work out and play music

Q. If you could have any job in the world, what would it be?

A. Software development manager at Google or Apple