Scholarship recipients are presented with $500, which can be used for tuition, fees and books during the 2014–2015 academic year. This award recognizes students who “most exemplify the thoughts, words and actions demanded by a 21st century world citizen.” College faculty and staff nominate students who are committed to one or more of the following ideas:

“Miriam is an outstanding student leader who is always ready to help and to support our campus community. With her contagious enthusiasm, she has leveraged her tremendous capacity to empower her peers to engage in creative projects and activities which have promoted an authentic participation toward effectively building intercultural relationships and competencies through our Multicultural Student Leadership Association (MSLA) and beyond. She also leads by example demonstrating a high academic standard and by embracing all possible learning opportunities. DCTC is very lucky to have Miriam. She certainly has a very promising future,” remarked Torrence.

Miriam Vergara, 20, was born in Brooklyn, New York, and later moved to Apple Valley, Minnesota. Following in her older sister’s footsteps, Miriam began attending DCTC to pursue higher education. At DCTC, she has been very involved in student life, serving as a member of the DCTC Campus Lions Club and Phi Theta Kappa, and as a student representative on the DCTC Foundation Board of Directors. In addition, she has held leadership positions as MSLA vice president and Student Senate president.

Miriam reflected on how she saw her roles as a leader impact the DCTC community.

“Within the areas I am working with that multicultural lens, I try to expand my horizons and try to get people to also expand their horizons as well.

“My adviser, Harold Torrence, and I got connected with AVID, a college preparatory program, and we asked the kids questions like, ‘Have you ever dealt with any racism?’ and ‘What are you scared of?'”

Miriam’s leadership embodies the character the Mark M. Welter Scholarship aims to uphold through financial awards. In many cases, the scholarship is not just an honor, but a financial support crucial to continuing a student’s higher education career. 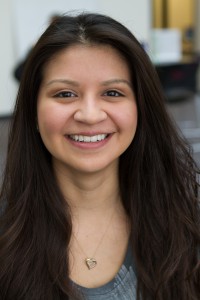 “I had been applying for FAFSA—I thought FAFSA would cover everything,” Miriam said. “It really didn’t. I really didn’t think I was going to be able to attend college this semester, which is scary since everyone in my family knew I was going to be done this semester. So to have received this scholarship was honestly the best feeling ever. When I was told I had received it, I started crying. I told my professor it’s nice to know that people think about you and see the differences you are making within the campus. It was really touching and helps me out in the long run. I was so blessed to be nominated and grateful to have received the scholarship.”

Miriam will graduate this spring with an A.A.S. degree in Business Management and certificates in Human Resource Development and Multicultural Leadership. As she gears up for the future, Miriam commented, “The courses are really interesting. They taught me a lot that I didn’t know before and I can use in the workforce.”

She plans to take what she has learned with her as she continues her education. After graduating DCTC, she plans to transfer her Business Management credits to Saint Mary’s University of Minnesota, where she will major in human services and psychology. Her ultimate goal is to become a clinical psychologist with an emphasis on social work.

If  you want to learn more about Business Management at DCTC, contact:

If you want to learn more about Student Life, contact:

If you want to learn more about the DCTC Foundation, contact: