The following story was published in The Wall Street Journal Thursday, Jan. 8, 2015

HOUSTON—Justin Friend’s parents have doctoral degrees and have worked as university lecturers and researchers. So Mr. Friend might have been expected to head for a university after graduating from high school in Bryan, Texas, five years ago.

Instead, he attended Texas State Technical College in Waco, and received a two-year degree in welding. In 2013, his first full year as a welder, his income was about $130,000, more than triple the average annual wages for welders in the U.S. In 2014, Mr. Friend’s income rose to about $140,000.

That has allowed the 24-year-old to buy a $53,000 Ford F-250 pickup truck, invest in mutual funds and dabble in his hobbies, such as making jet engines, including one he attached to a golf cart.

“Not everybody needs a four-year college degree,” said Kathryn Vaughan, his mother, a retired biology lecturer who spent part of her career at Texas A&M University.

The risks of a mismatch between costly university degrees and job opportunities have become clearer in recent years. Anthony Carnevale, director of the Center on Education and the Workforce at Georgetown University, said nearly a third of people aged 22 through 26 with a Bachelor of Arts degree either don’t have a job or are working at one that doesn’t require a university degree. The numbers are similar for young people with vocational degrees, but those lower-cost degrees don’t typically lead to heavy debts.

Eric Kayne for The Wall Street Journal Justin Friend usually is working about 72 hours per week, making $25 in regular wages and significant overtime pay for nights and weekends.

Student loan debt outstanding in the U.S. totaled $1.13 trillion as of Sept. 30, up by $100 billion from a year earlier, according to the Federal Reserve Bank of New York. (Mr. Friend has no debts.)

High school counselors, who once almost automatically steered smart kids toward four-year colleges, now are more aware of the job opportunities for those with technical skills, said Steve Schneider, a counselor in Sheboygan, Wis. “The battle continues to be convincing the parents,” he said. “That gets easier when we start talking about money.”

The Welding Technology program offers a variety of training in different welding processes specific to the welding trade. As a welding tech student at DCTC, you will gain knowledge through theory in class and hands-on experience in the welding lab. Major topics and welding processes are covered in this nine-month course that will prepare you for entry-level positions in the industry.

You will work with a variety of metals, including steel, stainless steel and aluminum. Shop fabrication, blueprint reading, math, visual inspection and safety are also covered in the Welding Tech curriculum.

For more information about Welding Technology at DCTC, contact: 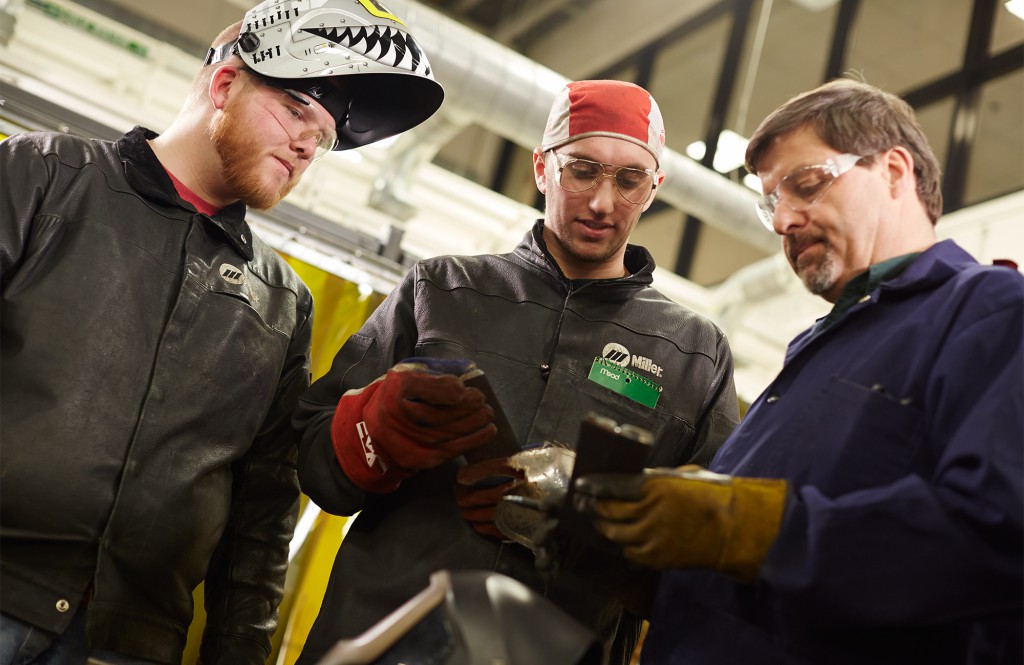