Originally from Ggaba, a fishing hub on the south side Kampala, the capital city of Uganda, Tadeo Tebandeke, 26, moved to the U.S. when he was a junior in high school. Tadeo’s mother sent her youngest child nearly 8,000 miles away to find a better life and ultimately pursue his dream of becoming a professional photographer. After graduating from Century High School in Rochester, Minnesota, in 2003, Tadeo found his ideal career path in the Photography program at Dakota County Technical College.

While at DCTC, Tadeo played two seasons of NJCAA Division I soccer for the Blue Knights, covering the right defender and right midfielder positions. He credits soccer for opening the door to a college education.

“Soccer was my ticket to DCTC,” Tadeo said. “The soccer team created a sense of community and belonging that made my days at DCTC very enjoyable. For a long time, I thought I was going to play soccer for life until photography got hold of me.”

Tadeo looks back on the Photography program at DCTC with pride and fondness. “The program helped me achieve success for a number of reasons,” he said. “The hands-on experience was the best way for me to learn.” 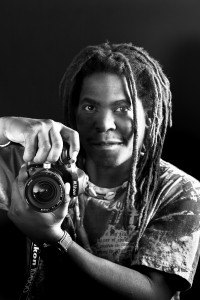 He recognizes the teaching method of Bill Eilers, one of his instructors, for getting him fully prepared for the next phase of his photography career. “Bill gave us creative and professional assignments that made us learn,” Tadeo said. “He kept on pushing my class to make professional images and products, not just memorize technical facts. After DCTC, my career’s life success is all about my portfolio.”

Bill Eilers remembers Tadeo as a remarkably motivated and talented student. “When Tadeo came to our program, he could barely speak English,” Bill said, “but he had an incredible social intelligence, personal drive and an infectious smile. He probably could have continued his soccer career, but photography became his first passion.

Bill added that Tadeo has a knack for capturing special moments—his natural goal putting a smile on the face of everyone he photographs. “Tadeo is living proof that determination and drive can take a person as far as they want to go.”

In 2009, Tadeo graduated from DCTC with an Associate of Science in Photography. That degree and the knowledge he acquired in the program led him to the School of Photography at the Brooks Institute, which has campuses in Southern California in both Santa Barbara and Ventura. In 2014, Tadeo graduated from Brooks, ranked by Photo.net as one of the top three photography schools in the U.S., with a Bachelor of Science in Photography.

“I loved my time at Brooks,” said Tadeo, who now works as a professional freelance photographer based out of Santa Barbara. He specializes in studio and outdoor portraits,weddings, music and sports events, and behind-the-scenes shoots. His work has taken him to several countries (Tadeo is well traveled; he’s visited England, Australia, Egypt, Tanzania, Eritrea, the Sudan, Kenya and South Africa). An upcoming job is a fashion shoot in New York City. “Earning my bachelor’s degree at Brooks was one of the biggest challenges and greatest achievements in my life so far.” 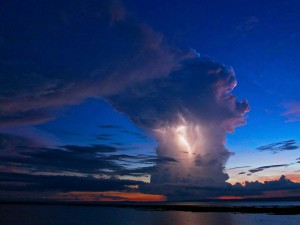 Ggaba is located on the shores of Lake Victoria, Africa’s largest lake and the largest tropical lake in the world. Only seven miles from the central business district of Kampala, Uganda’s capital and largest city with a population topping 1.6 million, Ggaba is home to the main campus of Kampala University. Uganda is a landlocked country in East Africa known for its national parks (10) and protected areas (60). English is Uganda’s official language with Swahili approved as the second official language in 2005. Luganda is the country’s most widely spoken language.

Tadeo’s personality, inner momentum, know-how and talent allow him to thrive as a freelance photographer. “Some people think of a full-time job as stability, but there are other ways to work and live,” he said. “When you work as a freelancer, you don’t have to worry about getting laid off, re-classified and all that, so in a way it’s more stable. What you have to be concerned about is networking and filling your calendar with the kind of work you want to do—not just the jobs that pay the bills.”

As for settling down and starting a family, Tadeo is just too busy working. “Oh, man, I’m not married,” he said, “and I’m not thinking about it right now. Only after I get myself established and accomplished.”

When he doesn’t have a camera in his hands, Tadeo still loves to play soccer, aka football. He also enjoys music and kicking it with friends. “I never get tired of the beach life in Santa Barbara,” he said, referring to the Mediterranean climate of his current residence, which is often called the “American Riviera.”

He gets back to Minnesota a couple times a year and makes a point of seeing his old classmates and favorite teachers at DCTC. He considers the state a great place, but isn’t too fired up about snow.

“I make sure I visit between April and September,” he said. “I love it here in California, the warm weather, beaches and the ocean—especially in December when it’s fifteen below in Minnesota. I’m okay with that.”