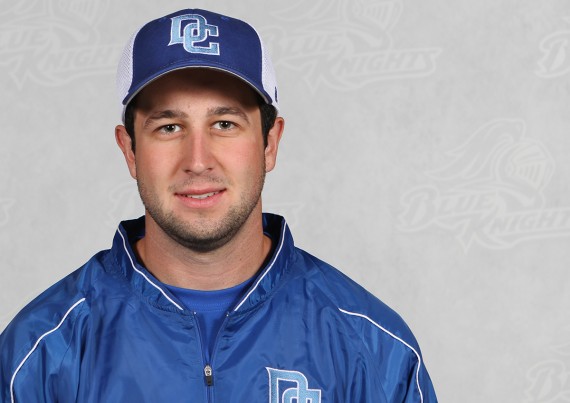 Lucas Long, a former pitcher for the Blue Knights baseball team at Dakota County Technical College, was selected in the 24th round of the Major League Baseball draft by the Baltimore Orioles. Long was a junior at the University of San Diego and pitched one season for the Toreros, posting a 4–3 record with a 2.41 ERA in 20 appearances and eight starts. He pitched 71 innings, striking out 62 batters. He was one of seven Toreros selected in the MLB draft.

As a sophomore at DCTC during the 2012–2013 season, Long, a 6-0 right-hander from Minneapolis, Minn., made the NJCAA All-Region Region 13 team. The Blue Knights finished the season one game away from going to the NJCAA DII World Series. Long joined the Knights after a freshman campaign at the University of Arizona the year the Wildcats won the 2012 College World Series. He played high school ball at the Academy of Holy Angels in Richfield, Minn.

“Lucas reported to Florida for an Orioles mini-camp and assignment to a minor league team,” said Trent Seaman, DCTC head baseball coach. “He received a signing bonus and funds for school. We wish him the best of luck in his pro career.”

For more information about Blue Knights baseball at DCTC, contact:

Communicate with children more effectively earlier in life Coming this July, Dawn Braa, an instructor in the Child Development program at DCTC, will be…