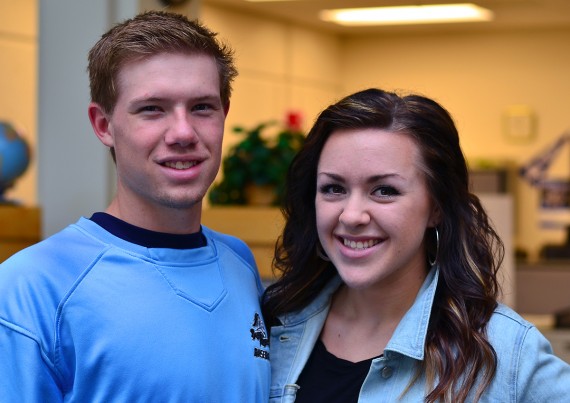 More about the new NJCAA Athletes of Distinction at DCTC 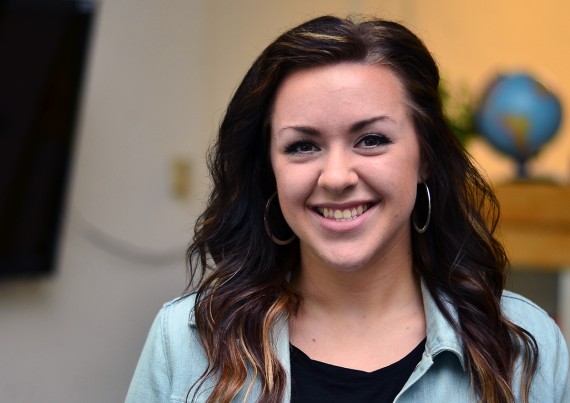 Carissa Allen is transferring to the University of Minnesota, Duluth, in fall 2014 as an accounting major. Carissa received a $4,000 Chancellor’s Transfer Scholarship from UMD in recognition of her academic achievements at DCTC.

She chose DCTC after talking with Cam Stoltz, the team’s former head coach (read “Mark Obarski Hired as Women’s Soccer Coach” in DCTC News). Cam’s wife was Carissa’s first- and third-grade teacher so a connection with the college was already in place.

“Playing soccer for DCTC helped me gain confidence,” said Carissa, who served as a student senator and a member of the  2013–2014 Student Athlete Advisory Committee (SAAC). “I got my feet on the ground and came out of my shell. The college’s small class sizes gave me the chance to communicate directly with my instructors. All the sports teams at DCTC are very supportive of each other. I’ve made some great friends.”

Carissa has coached U8 and U10 boys rec soccer. She continues to work at a Chinese restaurant, a job she has held for four years. She has two older siblings, Mandy, 26, and Brett, 25. She enjoys family time and grew up going to Mandy and Brett’s soccer and basketball games.

Cam Stoltz on Carissa Allen: “Carissa was the perfect player for us. She came to DCTC for practical reasons and could have gone basically anywhere. She is highly dedicated to soccer and played virtually every minute of her freshman and sophomore seasons. Carissa is a solid, core player.” 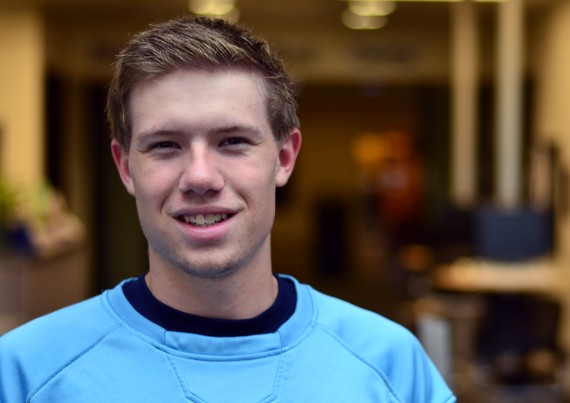 In fall 2014, Brett Lindsey is transferring to Stillman College in Tuscaloosa, Ala. Brett will play baseball for the Tigers on a full-ride scholarship. He is planning to major in biology or chemistry with the career goal of becoming a special agent with the Bureau of Alcohol, Tobacco, Firearms and Explosives, or ATF.

Brett played baseball year-round in high school. In 2011, he was in a car accident that left him in a coma for four days. Physical therapy lasted more than a year—he had to learn how to walk again, but he played baseball for the Eagan Wildcats his senior year.

When he’s not playing baseball or hanging out with his friends, Brett is practicing baseball with his father. “My dad has been a big influence on my success,” he said.

Brett was exceptionally involved at DCTC beyond baseball, serving on various Student Senate committees and as a member of the  2013–2014 Student Athlete Advisory Committee (SAAC). “Attending DCTC allowed me to find out who I am and who I want to be,” he said. He has one older sister, Payton, 17, a senior at Eagan High School.

Trent Seaman on Brett Lindsey: “I have known Brett since he was fifteen years old. One thing that I admire about him is his ability to give his best effort in whatever he does. Once given a task to accomplish, he will do whatever it takes to complete that task to the best of his ability. This trait will separate him from his fellow workers and allow him to excel and move up the corporate ladder. He has always been a great baseball player, student, teammate, friend and leader since I have known him. As a result of these traits, he is now an NJCAA Athlete of Distinction.”

For more information about NJCAA athletics at DCTC, visit GoBlueKnights.com, or contact:

For more information about Blue Knights baseball at DCTC, contact:

It’s in your iPod. Your sunscreen. Your baseball bat. Nanoscience technology is everywhere. This summer, Dakota County Technical College will give high school students…