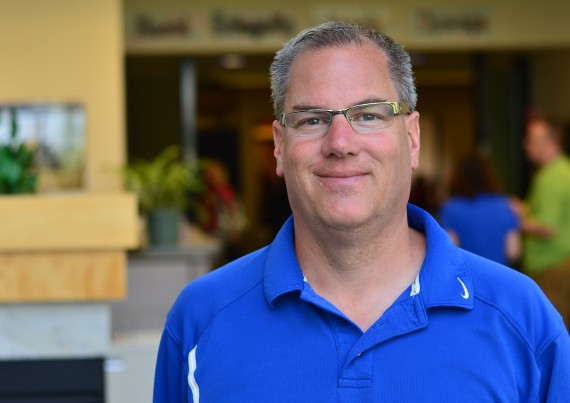 Dakota County Technical College has hired Mark Obarski, former head coach of girls soccer at Eagan High School in Eagan, Minn., as head coach of the Blue Knights women’s soccer team. Obarski will succeed Cam Stoltz as only the second coach in the program’s history. Stoltz started the program in 2003, serving as head coach for 11 seasons. He will continue to lead the men’s soccer program while serving as DCTC athletic coordinator.

Obarski brings ample soccer success and experience to DCTC, having been with the Eagan High girls soccer program for 19 years, the last 14 as head coach. Named state coach of the year twice and section coach of the year four times by the Minnesota State High School Soccer Coaches Association, Obarski served as MSHSSCA president for two years and has been involved with the MSHSSCA Board for several years. As head coach at Eagan, he compiled a record of 192–67–25.

“Cam has developed an outstanding program,” Obarski said. “It’s an honor to step in and continue that tradition. Coaching at DCTC is a tremendous opportunity that will be both a lot of hard work and a lot of fun.”

With extensive experience both as a coach and director of coaching at the Valley United and Eagan soccer clubs, Obarski has worked with a variety of age groups in youth soccer. He has a United Stated Soccer Federation “C” license.

“I can’t think of a better way to transition this program to a higher level,” Cam Stoltz said. “Mark has the perfect blend of expertise, leadership and knowledge of the recruiting market, especially in the soccer-rich south metro area. He is also well versed in soccer success. Mark is an educator first with coaching soccer a close second.”

A long-time resident of Apple Valley, Minn., Obarski grew up playing soccer at Apple Valley High School as well as with the Valley United Soccer Club. He played collegiate soccer for Grand Canyon University in Phoenix, Ariz. This fall, he will be entering his 20th year as a teacher at Eagan High School. Obarski and his wife, Barb, have five children; all played soccer growing up in Apple Valley. Their daughter, Kelly, played soccer for the Blue Knights during the 2010–11 season.

Mark Obarski will begin his head coaching duties at DCTC July 1, 2014. He will be taking over a program that former coach, Cam Stoltz, provided with a sound foundation. In 11 seasons, the Blue Knights put together a 107–95–12 overall record that includes an NJCAA Region 13 championship (2003), two NJCAA Region 11 runner-up finishes (2009 and 2010), three NJCAA All-Americans and five NJCAA Academic All-Americans. Stoltz was twice recognized as NJCAA Region Coach of the Year, once for Region 13 in 2003 and once for Region 11 in 2009.

Obarski is excited about the future of Blue Knights soccer. “I’m looking forward to the challenges of recruiting and getting used to coaching at the collegiate level,” he said. “Our goal is to establish a nationally recognized women’s soccer program.”

To learn more about soccer at DCTC, visit GoBlueKnights.com. You can also read “Eleven Stars for 11 Years” in Real Magazine for a historic view of the women’s soccer program.