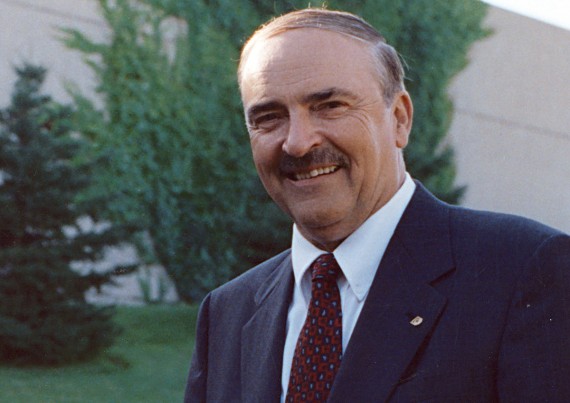 Each year Dakota County Technical College recognizes outstanding graduates in honor of the college’s former president, Dave Schroeder, who served from 1970–1999. Students are nominated by faculty and staff for their involvement in college initiatives and activities, academic performance and service to the community. This year’s winners are Kayla Frandrup, a 2014 graduate of the Health Care Technician program, and Kendall Palfi, a 2014 graduate of the Individualized Studies program. Kayla and Kendall’s hard work and dedication are an inspiration to their classmates and future DCTC students. 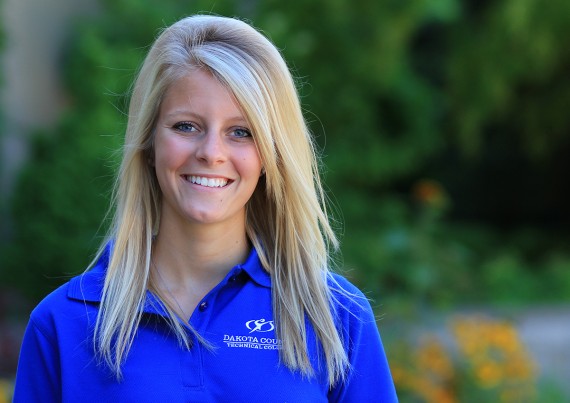 A native of Farmington, Minn., Kayla Frandrup is graduating with a Health Care Technician A.A.S. degree and a Medical Receptionist certificate. Kayla was fully engaged on the DCTC campus in many capacities. As a student ambassador, she consistently displayed a strong work ethic and positive attitude, assisting during Tuesday Campus Visits, the College Open House, and New Student Advising and Registration Sessions. An enthusiastic member of the Student Senate, she served as treasurer and as an integral member of the Student Life Budget Committee.

As vice president of the Campus Lions Club, she coordinated numerous club activities, including the Bridging Bed Race, Blindness Awareness Week, participation in the Polar Plunge, and raising money for gas cards for DCTC students.

Kayla played two seasons on the Blue Knights fastpitch softball team as a utility player, serving as team captain her first year. She volunteers in the Civil Air Patrol, a nonprofit corporation that serves as the official civilian auxiliary of the U.S. Air Force. She has participated in countless search-and-rescue missions and has completed training to be a scanner, observer and copilot. She is currently working on obtaining her pilot’s license. She wants experience working in a hospital setting on her path to earning a bachelor’s degree in health care management.

For more information about the Health Care Technician program  at DCTC, contact: 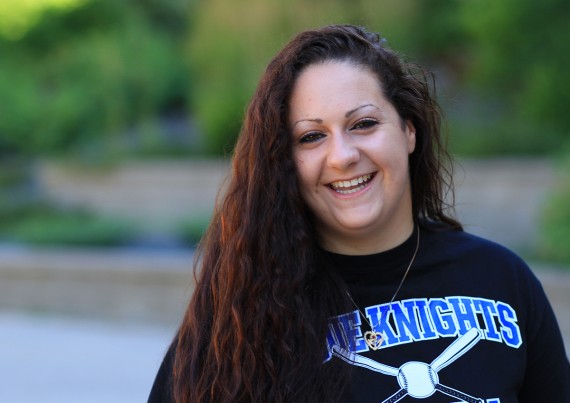 Graduating with her A.S. degree in Individualized Studies, Kendall Palfi from Lakeville, Minn., was active in a number of roles on the DCTC campus. As a student ambassador, Kendall provided campus tours to new students, coordinated Student Life game days, helped coordinate weekly Mobile Pantry appointments, and assisted at Student Life fairs and other campus events.

Kendall served as Student Senate secretary and was always ready to give a helping hand at any Student Senate or campus activity, including attending Minnesota State College Student Association leadership conferences.

Kendall pitched two seasons for the DCTC Blue Knights fastpitch softball team and was named team captain both years. She earned NJCAA Region 13 MVP in 2013 and also made the NJCAA All-Region 13 and All-Tournament teams. She participated in Leadership from the Heart, an intense two-day leadership training seminar offered to student leaders at DCTC. She bagged groceries at Cub Foods to help raise funds for the Special Olympics.

A 2011 graduate of Lakeville South High School, Kendall is making plans to transfer to the University of Arizona in the fall to pursue a B.A. in Communication. In her free time, she enjoys working on Plymouth muscle cars, including a 1970 Superbird, a 1967 Barracuda and a 1968 GTX convertible.

For more information about Individualized Studies  at DCTC, contact: