Changes in leadership are paving the way for an exciting future 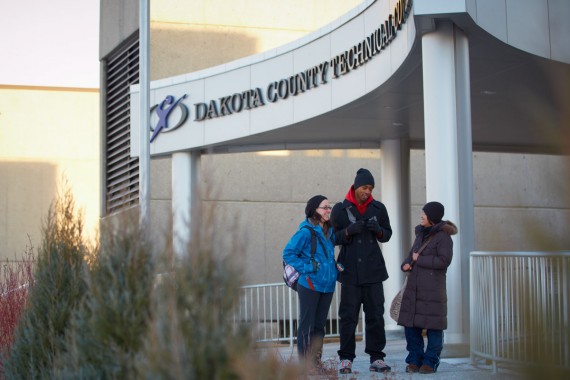 In a letter to the DCTC community, Rosenstone stated, “To [enable momentum] to continue and to strengthen our hand in recruiting a new president, I have asked Tim Wynes to stay on as interim president through the 2014-15 academic year and he has graciously agreed to do so. I will begin a national search for the presidency of DCTC in the fall of 2014 with the hope of completing the search by April 2015 to allow ample time for a smooth transition in leadership.”

Wynes’ initial interim presidency at DCTC began July 1, 2013. He will now serve through the end of the 2014-15 academic year.

In addition to Wynes’ extension, the college has also experienced other shifts in senior leadership. In November, DCTC Vice President Kelly Murtaugh accepted a position as vice president of academic affairs at Saint Paul College and Mike Opp was appointed to fill her position in the interim. He has been with the college since 2003, most recently serving as dean of transportation and industry.

Assuming Opp’s duties in the DCTC’s Transportation and Industry division in the interim will be Chad Sheets. He was previously the Chrysler Training instructor at DCTC and currently serves as director of the Transportation Center of Excellence for the Minnesota State Colleges and Universities system.