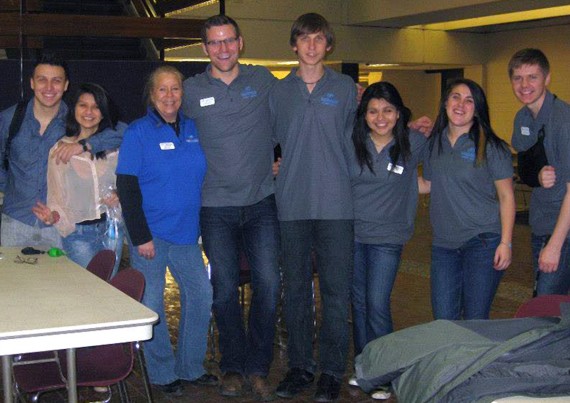 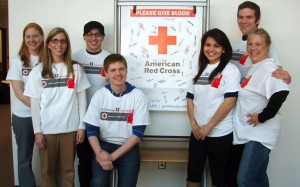 Nicole Meulemans, Student Life director at DCTC, is proud of the college’s student senators and their commitment to the DCTC mission and the work of the MSCSA . “Our Student Senate is exceptionally informed and engaged,” Meulemans said. “They have worked hard to achieve Star Campus status. Future senates will build on their success and carry on the Star Campus tradition.”

Nanci Al-Kordi, a member of the Student Senate and a student ambassador, attended the MSCSA D.C. Summit in March 2013. She participated in an MSCSA Mock Congressional Visit in a winning collaboration with MSCSA members from Rochester Community and Technical College.

“We met with Senator Al Franken and Representative John Kline to practice advocating for students attending two-year colleges,” said Al-Kordi, who is pursuing her A.A.S. degree in the Executive and Administrative Assistant program. “The trip was a wonderful experience.”

Star Campus recognition follows a point-based award system. Points are earned by fulfilling the  criteria listed below. DCTC earned 10.5 out of a possible 13 points. 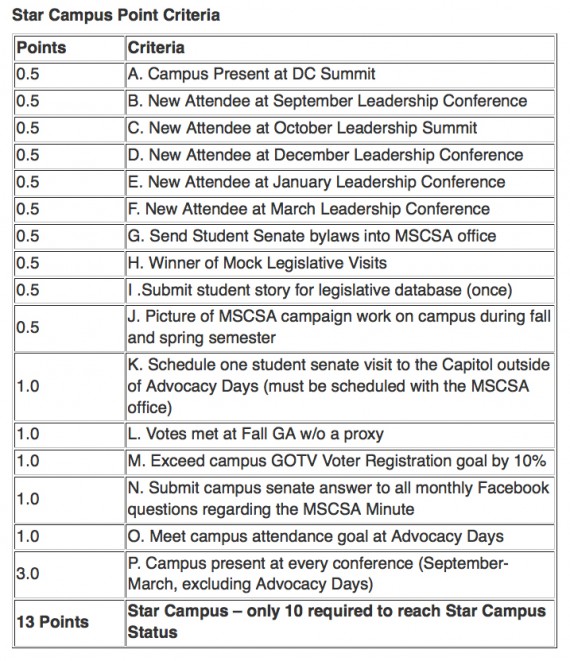 A public two-year college student association in Minnesota, the MSCSA works to ensure accessible, quality and affordable public higher education while providing students with representation, leadership development and communication opportunities across the state.

About the DCTC Student Senate

The Student Senate is the official voice of students on campus. The Senate is involved in many decisions made at DCTC, including decisions related to tuition increases, graduation planning and extracurricular activities. The Senate can also initiate projects for improving and enhancing the collegiate experience. Every student on campus is encouraged to participate in the Student Senate.

To learn more about Student Life, the Student Senate or the MSCSA at DCTC, contact:

From keypunch to virtual servers Information technology got a big boost in 1977 with the arrival of the first complete personal computer, the Commodore…