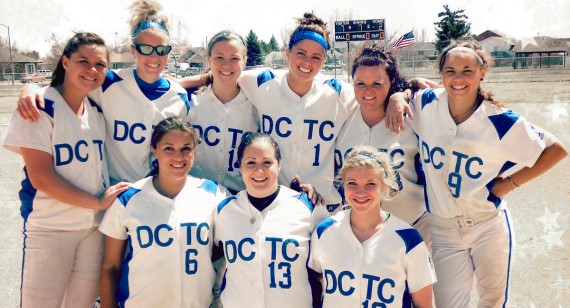 The DCTC women’s fastpitch softball team played in the NJCAA Region 13 Tournament May 4–5, 2013, at Williston, N.D. The Blue Knights opened the tournament with a 11–0 win over Bismarck State College. The team then defeated Williston State College 2–1.

The next day, DCTC lost their first game against Williston by a score of 0–4. In the second game, the Knights scored six runs in the top of the sixth to post a 7–2 victory to win the tournament.

“Beating the Tetons was a fantastic comeback game,” said Head Fastpitch Softball Coach Tom Cross. “We are very excited about advancing to the district level.”