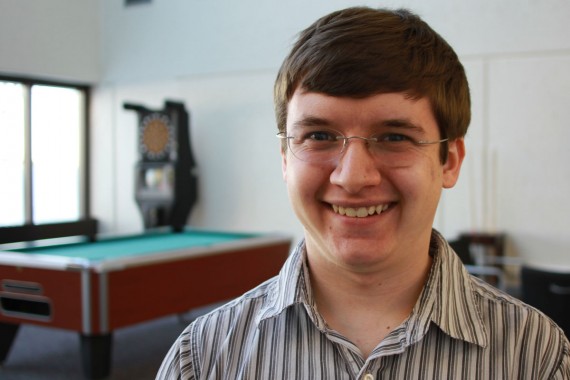 Michael Doyle, a student in the Nanoscience Technology program at Dakota County Technical College, will serve as treasurer of the Minnesota Association of SkillsUSA during the 2012–2013 school year. Michael has been actively involved in SkillsUSA since he first came to DCTC, winning a gold medal at the organization’s national competition, and also taking on leadership roles as vice president and president of the DCTC SkillsUSA chapter. He was recently named to the Phi Theta Kappa All-Minnesota Academic Team as well.

Even though Michael has also been serving as treasurer for the Minnesota State College Student Association, he regards this position with SkillsUSA as an even more meaningful expression of his personal interests. “I love SkillsUSA,” he said. “It feels good to serve the needs of students, fulfill their expectations, and help them when they have trouble.”

SkillsUSA members are initially nominated by their school and must receive support from the school’s administration. Michael submitted a resume, cover letter and three letters of recommendation just to run for the position. He also had to pass an online knowledge test and fill out an officer application form. 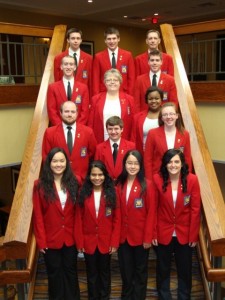 Michael was officially chosen as one of the seven state college officers at the annual SkillsUSA Delegate Conference in Alexandria, Minn., in December 2012. According to Jennifer Polz, SkillsUSA state executive director, students campaigned for their position of choice and spoke to student members from across the state. Then the board of directors determined what officer obtained which role.

Polz explains that as a state officer Michael will be a leader, state spokesperson and ambassador for the organization. “He will use his strong leadership skills all while participating in industry tours throughout the school year,” she said.

Since the election, Michael joined fellow student leaders to attend Joint Career & Technical Student Organization state officer training in Brooklyn Center, Minn., in preparation for their new state positions. During the period of January 3–5, they also completed training with the SkillsUSA state board of directors in Minneapolis.

“This is a great opportunity for Michael and a fantastic achievement for DCTC,” said Anna Voight, SkillsUSA advisor at the college. Voight excited to have Michael on board with SkillsUSA. She is happy to see more student life participation as the DCTC SkillsUSA chapter continues to expand.

Even though Michael has additional responsibilities this year, he still plans to be a SkillsUSA competitor. “The state director encourages us to compete in as many competitions as we can,” he said, adding that his participation has helped expand his skill set, experience more teamwork and build self-confidence. “SkillsUSA is the way, it’s the transition between school and industry,” he said. “If you want a quicker and better way into the industry, SkillsUSA is a fast track.”

About SkillsUSA
SkillsUSA is a national organization that serves trade, industrial, technical, and health occupations, as well as, students in public high schools, career and technical centers and schools, and two-year colleges. SkillsUSA has more than 320,000 student members annually, organized at more than 3,600 schools and in 54 state and territorial associations (including Puerto Rico, Guam and the Virgin Islands). Since 1965, SkillsUSA has served more than 10.5 million members.

Currently, more than 16,500 teachers and school administrators serve as professional SkillsUSA members and instructors. More than 1,100 business, industry, and labor sponsors actively support SkillsUSA at the national level through financial aid, in-kind contributions, and involvement of their people in SkillsUSA activities. Many more work directly with state associations and local chapters.

SkillsUSA is a partnership of students, teachers and industry representatives, working together to ensure America has a skilled workforce. It helps each student to excel. SkillsUSA is an applied method for preparing America’s high performance workers in public career and technical programs. It provides quality education experiences for students in leadership, teamwork, citizenship, and character development. It builds and reinforces self-confidence, work attitudes and communication skills. The association emphasizes total quality at work, high ethical standards, superior work skills, life-long education and pride in the dignity of work. SkillsUSA also promotes understanding of the free enterprise system and involvement in community service activities.

For more information about SkillsUSA Minnesota at DCTC, contact: