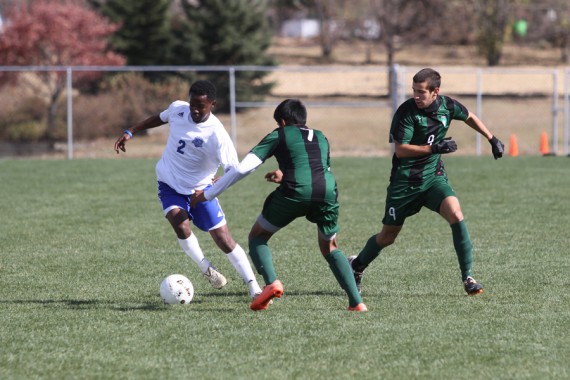 The Blue Knights had a difficult schedule, but were competitive across the board. “We won games against similar programs and lost games against top ranked teams,” said Head Soccer Coach Cam Stoltz. “Even though we had a tough schedule, we won over 50 percent of our games and finished with a season record of 11-6.” 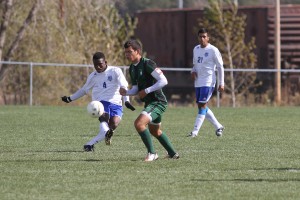 The highlight for the team was being ranked for the first time on the National Junior College Athletic Association Division I Top 20 Poll, reaching 20th in the nation. “We are honored to be recognized for our hard work,” said Stoltz. “We began as a total walk-on program competing in the NJCAA Division I level, against other colleges offering full-ride scholarships. Over the last few years we have created a partial scholarship program, which combined with our local talent, has built a program that is consistently ranked in the top 25.”

The Blue Knights reached a historical milestone on October 14 after their win against the Bismarck State College Mystics. That game marked the men’s soccer program’s 100th win. “It is rare to find another college team that averages over 10 victories per season, and we do,” said Stoltz. “We have a respected program and are proud to have reached this milestone in our ninth season.”

“We had a young team this season and brought in a lot of new quality, high level players,” said Stoltz. The Blue Knights team will have 19 returning players, including seven starters, which will be a great foundation for next season. “We are very excited for next year,” added Stoltz. “We hope that our 10th season will bring our best, strongest team yet.”