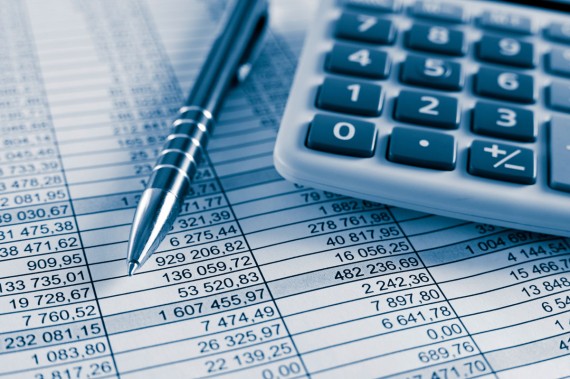 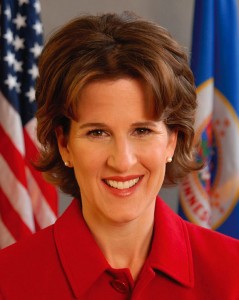 In 2006, Otto was the first woman Democrat to be elected to the post. She was then re-elected to a second term in 2010. Nancy Shoemake, accounting instructor, sees Otto’s campus visit as a great opportunity for many reasons. “Rebecca can share how she’s gotten to where she’s at in the industry,” Shoemake said. “It’s also positive for women to see other women in the workforce and how they’ve come into their careers.”

Otto will share her experience as Minnesota’s 18th state auditor, speak about the need for accountability and discuss jobs in the governmental arena.

Shoemake wants students to see the opportunities in a new sector that many of them haven’t thought about.  “I want to open their eyes, to allow our students to have greater insight into potential jobs that are available,” she explained. “We want them to get a real-world picture of what’s out there.”

Public service is important to State Auditor Otto, who was elected to the Auditor’s post after service in state and local governments. She served on the Forest Lake school board and on the district’s ad-hoc finance committee.

As a state representative from the Stillwater area she served on the House Local Government, Environment, and Agricultural Policy and Finance committees. In 2003, then-Representative Otto united legislators of both major parties in her effort calling for a truly balanced state budget. This helped earn her the prestigious New Legislator of the Year Award.

State Auditor Otto holds a Master’s Degree in Education from the University of Minnesota and a B.A. in Biology from Macalester College. She taught public school seventh-grade science for five years. A successful businesswoman, Otto left a career as president of a 50-employee business she had helped found to devote her time to public service and give back to the community.

She has served on several boards and committees and has been an active volunteer for a number of organizations, including Warner Nature Center and Big Brother/Big Sister.

She lives with her husband, screenwriter Shawn Lawrence Otto, and their son in a wind-powered, passive solar home they designed and built with their own hands.

State Auditor Otto serves as Chair of the Collaborative Governance Council, which looks for more ways government can collaborate, cooperate, and innovate. She also serves on the Council on Local Results and Innovation, which has developed performance benchmarks and a performance benchmark system for cities and counties to adopt.

In June of 2011 the League of Minnesota Cities awarded her the LMC President’s Award, citing her “unwavering support of Minnesota local government in enhancing effectiveness, efficiency and accountability for all Minnesotans.”

For more info about the Accounting program at DCTC, contact:

Spring semester registration begins Dec. 8 at Dakota County Technical College for those interested in beginning or continuing a journey into higher education. Attend…