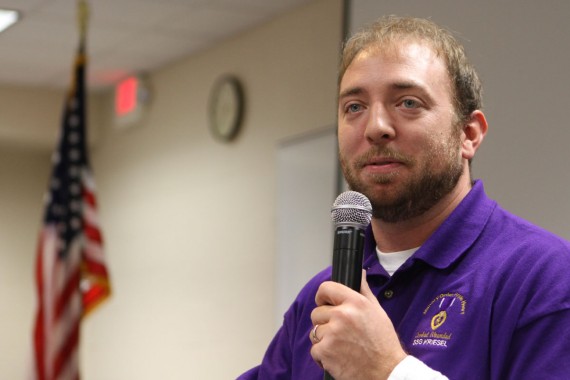 Veterans Day: An official United States holiday held annually on November 11. It’s one day set aside to celebrate the signing of the armistice, which ended World War I. It’s a time to thank veterans throughout the country for their service to the United States. 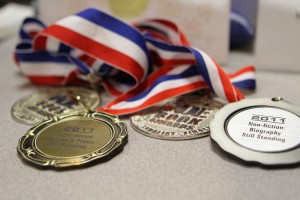 This year, Dakota County Technical College celebrated by inviting a special visitor. A veteran. Not just any veteran, but one who took that one final deployment to honor his country. He said good-bye to his wife and two boys for a trip to the desert, but after a devastating accident overseas, was home much sooner than expected. That veteran’s name is John Kriesel.

During Kriesel’s visit to DCTC, he took time to share his remarkable story with a roomful of DCTC faculty and staff, students, and fellow veterans.

When SSG John Kriesel lost his legs and two buddies in a roadside bomb explosion, no one expected him to survive. He died three times on the operating table. Miracles, a lot of miracles, starting with a few grunts who refused to let him die in Iraq, ripped the young warrior from the grip of 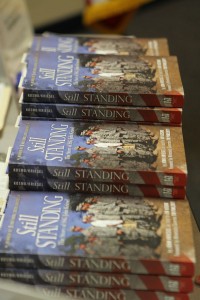 death and sent him on to four hospitals, thirty-five surgeries, and months of recovery and rehabilitation. Medical miracles put his body back together, but it was an incredible confluence of angels at every step along the way that breathed life into his shattered body.

This is not just another war story. This is the story of an ordinary young man who overcame extraordinary challenges with a lot of help from others, including many strangers, and he emerged strong and more in love with his country, his wife, his children, and ultimately, his own life.

Upon his return to home, Kriesel went on to represent Minnesota as a member of the House of Representatives. Today, he spends his time as a Veterans Service Representative for Anoka County, volunteers as a motivational speaker, and contributes to the KFAN-AM 1130 “Power Trip Morning Show.”

Read his full story in Still Standing, The Story of SSG John Kriesel.