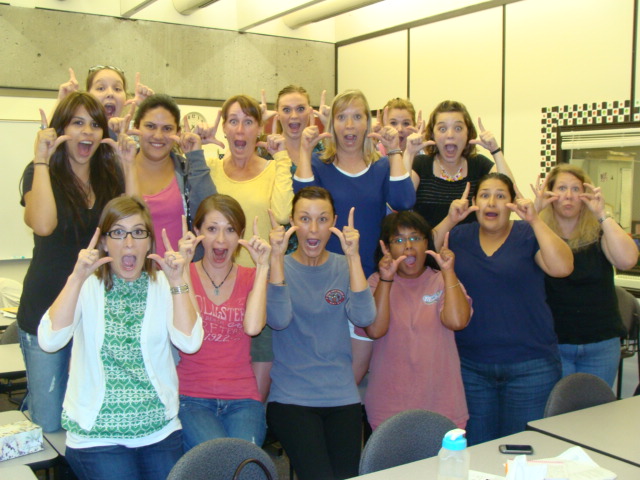 As always, I had a blast leading that course.  It’s fun to teach because it’s mainly hands-on, very interactive, and fast-paced. There is some lecture, but also small group, one on one, large group, songs, fingerplays, nursery rhymes, etc.

This year, I was also able to incorporate a new game that I had purchsed: See It and Sign It. I think it went over well with the students. Most of them seem to enjoy getting out of the classroom and using signs through these games. I plan to use them again next year.

I introduced two new songs this year to the students in this class: Itsy Bitsy Spider and It’s Raining, It’s Pouring. We also learned some nursery rhymes: Jack & Jill, Humpty Dumpty, and This Little Piggy. A class favorite for the early childhood classroom was the calendar song Days of the Week. The students learned many signs to use in early childhood classrooms and hopefully even in their personal lives.

Thanks for making this class so enjoyable to teach!