Filled Under: Ask the Reader (YOU), Resources 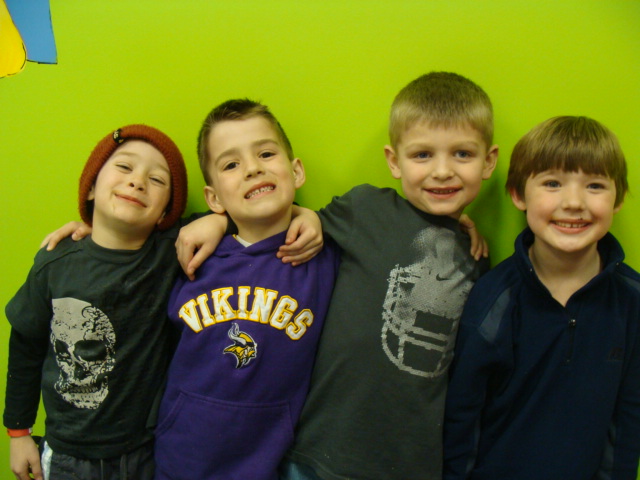 Thank you for your suggestions as to what I could do for my son’s brithday party. You gave me many ideas for future years: swim parties, ice skating, and a carnival party.

We ended up going to Grand Slam in Burnsville. We had a BLAST! Let me tell you a little about it in case you decide to take a group of kids.

Here’s what you can expect…

We arrived at 5pm on a Friday night. First, we checked in, got our wristbands (5 x $12.95), and headed to the coat rack in the hallway. We then went to the party room in the back to unload our bag of goodies and cupcakes. There are several shelves so there is plenty of room for each family.

The boys decided to go to the bumper cars first. The bumper cars remind me of bumper boats, minus the water. They are safe, easy to manuver, and the impact seems to be less than in regular bumper cars. (They spin fast too!) One of my son’s friends says he can’t go on the bumper cars…his mom said so. Ok, No problem…on to laser tag. “I can’t go on that either.” “WHAT? Are you sure?” I’m wondering why she didn’t mention any of this to me, but I don’t want to go against what she said.

I take the one child back up to the front desk and ask for a different color wristband. I take him to the Playzone instead and he plays by himself. This isn’t fun for him or me. My husband comes over and suggests that all the kids switch their bands to the Playzone package. GREAT IDEA! After switching the bands, the kids all go crazy in the playzone and have a blast. 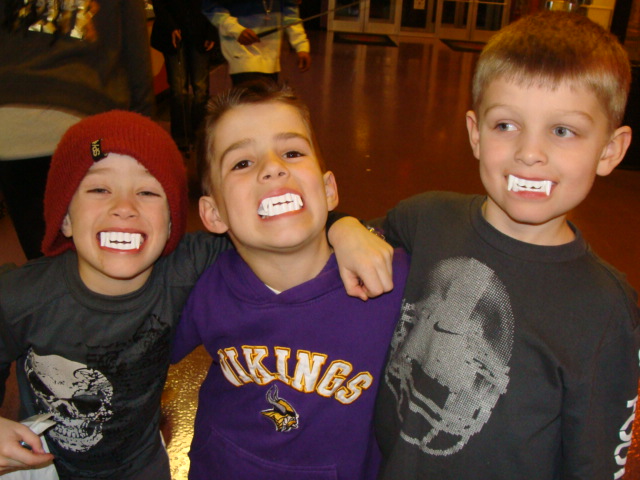 After supper, the boys chose to do mini golf. That was fun and the lines weren’t too long. It’s a fun course with some neat/interesting holes. Next it was back to the bumper cars and then back to the playzone. Since each child got a few arcade coins, we headed to the arcade. It was fun except one child chose to put all his coins in a racing game (for adults) and lost all his money. Once the token were gone and redeemed for prizes (fang teeth), it was time to go home.

The night went smoothly, the boys had a great time, and I thought it was a GREAT VALUE for everything that was included. (The birthday boy receives a t-shirt, everyone receives 4 tokens, pizza/pop, and the following activity access: playzone OR laser tag, bumper cars, arcade, mini golf, and batting cage. Did I mention…no clean up at my house? Lol. I later found out that the mother did NOT say that her son couldn’t go on those things, but instead that he was AFRAID to.

What’s the best birthday party YOU threw for YOUR CHILD? Comment below and let us know.